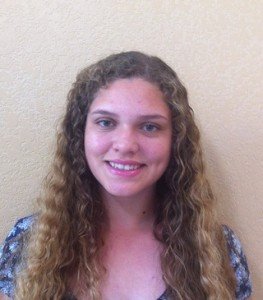 From Friday August 5 until August 14th, Carlsbad Community Theatre delivered a stellar performance of the classic show Fiddler on the Roof. Directed by Ric Henry  and produced by Tina Flanegan, with musical direction by Jessie Bullock and choreography by Kathryn Baker, the production flirted with issues of grave social and historical importance, while providing an entrancing and sometimes comical presentation of the classic show.

Making good on Carlsbad Community Theatre’s promise to deliver memorable theatre was Fiddler on the Roof, with an amazing cast, crew, and live orchestra. The summer production featured two amazing casts performing on separate dates, with 47 total cast members of both children and adults-as opposed to the youth cast of the spring  production and teen cast of the fall production-working in harmony to bring the classic to life on the AVO Stage. Set in imperialist Russia at the turn of the twentieth century, Fiddler on the Roof embodies the socio-economic struggles of the time. In the village of Anatevka, the Jews live side by side with a few Christians, protecting their traditional lifestyle with all their might while spreading anti-Semitism threatens to cast them out. As shown by the empowering opening number “Tradition”, preserving the traditional Jewish lifestyle is everything to the people of Anatevka, where the old matchmaker pairs young couples together, the Papa chooses who his daughter marries, women and men dance separately, the Rabbi knows all, and marriage always occurs within the faith. However, when the poor dairyman Tevye is faced with the tough decision of providing his dowry-less daughters with happiness in marriage or adhering to the strict laws of tradition, he finds that tradition does not always mean everything. From heartwarming moments of the familial love between Tevea, his wife Golda, and their daughters, to the heartbreaking tides of anti-Semitism sweeping across pre-revolutionary Russia, the cast of Fiddler on the Roof succeeded in pulling the heartstrings of its audience all throughout the show.

From the opening number to the final solemn scene outside Tevye’s house, the cast and orchestra of Fiddler on the Roof had the audience on its toes. Though the entire company played a crucial part in animating the traditions and spirit of Anatevka on stage, standout performances included that of Charles Hand as Tevye, Nova Charle as Tevye’s wife Golde, Vanessa Ferrantelli as Yente the matchmaker, Jack Tarman as the poor tailor Motel, Robert Forward as Perchik the student, and Breanna Lehman, Miranda Colvin, and Danielle Louise Caha as Tevye’s oldest daughters. With an amazing voice and wonderful stage presence, Charles Hand perfectly portrayed Tevya’s multi-faceted character, drawing laughs with his skillful skirting-around of his wife’s judgement and his exasperated chats with God and his daughters. With a character requiring equal parts comedy and compassion, Charles Hand also succeeded in emitting the genuine raw emotion associated with a father’s torn decision to let his daughters choose their own way or secure their wealth and livelihood through an arranged marriage. Through numbers such as “If I Were a Rich Man”, “Chavelah”, and “Anatevka”, the audience’s laughter was coupled with stronger sentiments of despair  as Charles animated the sheer difficulty of Tevye’s position in trying to uphold his family, tradition,  and faith in the face of czarist oppression. Also incredible was the on-stage chemistry between Charles Hand and  Nova Charle, who enriched the show’s musical numbers with her melodic voice and demonstration of both Golde’s hard sarcastic demeanor and soft side for her family. Contributing to the comedy factor of the show was Vanessa Ferrantelli, who had the audience stifling laughs throughout the show with her perfect embodiment of the old matchmaker’s romantic scheming and rich accent.  Tevye’s three oldest daughters, played by Breanna Lehman as Tzeitel, Miranda Colvin as Hodel, and Danielle Louise Caha as Chava moved the audience with their singing in numbers such as “Matchmaker” and their emotional portrayal of their desire to break free from the rigid marital structure laid forth for them. Contributing to the romance and comedy of the show was Jack Tarman, with his spot on  portrayal of Motel’s love for Tzeitel and his hilariously timid countenance. Also strong on the side of male actors was Robert Forward, who successfully portrayed the strong connection between Perchik and Hodel with his strong voice and dancing skills, as well as Perchik’s conviction in opening Anatevka’s eyes to the changing times. In addition to these actors, the ensemble proved that there were truly no small roles in the making of Fiddler on the Roof, with each character working hard to bring the historic importance of the show to life and earn a standing ovation.

As a whole, the production delivered the essence of the classic and all of its themes very successfully. The choreography in elaborate numbers such as “To Life” and “The Bottle Dance” included just the right amount of traditional elements to fit the times, while also possessing the ingenuity necessary to keep the audience captivated. Through table-hopping, spins, and even difficult traditional dancing balancing bottles on the head, the numbers performed by the ensemble were effective in holding the audience’s attention, queueing their laughter when appropriate, and demonstrating the hard work put in by the cast to perfect each step. One could feel the audience’s enthusiasm over the show in the resounding “Yes!” they shouted when after intermission director Ric Henry asked if they were enjoying the show so far. By the final scene, it was clear that even through poorly veiled sadness on their faces as the villagers of Anatevka were forced from their homes and the fiddler played his final sad notes, the audience had enjoyed the show. As longtime board member of Carlsbad Community Theatre and director of the show Ric Henry stated in summation, “When you’ve got this great of a show and this much talent, you can’t lose!”

Though Fiddler on the Roof’s run at Carlsbad Community Theatre may be over, the non-profit group plans to deliver another great performance in the next season with Elf Jr. the Musical. Auditions for Elf Jr. will take place September 13th, with children ages 10-18 able to try out for a role in the fun production.

NEXT ARTICLE →
Don’t Drink and Drive This Labor Day