TR Robertson –San Diego Musical Theatre hits another homerun with their current presentation of the fast paced musical “She Loves Me”. This musical, premiering on Broadway at Eugene O’Neill Theatre in 1963, tells the story of a group of friends who work in a Parfumerie in Budapest and a series of relationship issues involving many of the employees which will lead to a variety of romantic results, happy and sad. The musical is from a book by Joe Masteroff with lyrics by Sheldon Harnick and music by Jerry Beck. “She Loves Me” was nominated for five Tony awards in 1964 and for nine Tony’s in the 1994 Revival and Seven Tony’s in the 2016 Revival. The SDMT production is under the direction of Richard Israel with choreography by Lauren Haughton and Musical Director Don Le Master.

The leads in the musical are veteran actors and actresses from SDMT productions and a variety of other regional theatres. Allison Spratt Pearce plays Amalia Balash, the energetic young lady who wants to work for Maraczek’s Parfumerie and is currently involved in an on-going pen pal relationship, writing to a “Dear Friend” she has never met. She is a Craig Noel Award winner and played the lead role in Moonlight’s “Victor Victoria”.  Allison has wonderful stage presence and a powerful singing voice which she is able to show on several numbers, like “Three Letters”, “I Don’t Know His Name”, “Will He Like Me?”, “Dear Friend” and “Vanilla Ice Cream”. Playing the recipient of her letters is Joshua David Cavanaugh as Georg Nowack. Georg is equally infatuated with his letter affair and desires one day to meet his “Dear Friend”. He is also the assistant manager of the Parfumerie. Joshua also has great stage presence and a strong singing voice and complements Allison on several songs in the musical, “Three Letters”, “Where’s My Shoe?” and a wonderful presentation of “She Loves Me”.

Maraczek’s Parfumerie also consists of the owner, Mr. Maraczek, played by Jeffrey Arnold Wolf; a jittery middle-aged salesman, Ladislav Sipos, played by Steven Freitas; a teenage delivery boy, Arpad Laszlo, played by Lucas Blankenhorn; sexy Ilona Ritter, played by Sami Nye, who is having an affair with the final shop employee, Steven Kodaly, played by David Sasik. There is also mischief afoot as Mr. Maraczek thinks his wife is having an affair with Georg; Ilona and Steven are having an affair but Ilona suspects Steven is also unwilling to commit to their relationship; Mr. Maraczek attempts suicide and Arpad wants to be something more than a delivery boy. Along with this Georg seeks the help of Ladislav to help Georg with his romantic letter relationship and possibly meeting his “Dear Friend”.

Each of the additional actors and actress are cast perfectly for their parts. Sami also has a strong singing voice and complements Allison on several numbers as well as standing out in her own songs, “I Resolve” and “A Trip to the Library”. The slick talking Steven Kodaly fits David Sasik, especially when he sweet talks Ilona in the song, “Ilona” and when he tries to turn around his firing as he sings to the other employees “Grand Knowing You”. David and Sami have a very sexy dance number in the musical. Jeffrey Arnold, as Mr. Maraczek, also sings a stand-out number when he sings the lamentful “Days Gone By”.

Two other member of the cast bring rousing applause from the audience when Dylan Pass, as the Headwaiter and Wyatt Rhinehart, as the busboy, join Amalia in the restaurant as Amalia waits to meet her “Dear Friend”. Dylan’s facial expressions, when he tries to prove the restaurant is a romantic place to escape, are hilarious. Wyatt, as a very clumsy busboy, also has the audience in stiches, especially when the other patrons of the restaurant, the headwaiter join in on a fast paced dance routine, complete with a few Russian dance moves and Dylan’s amazing routine with the metal trays.

The remaining members of the Ensemble join in, at times, as patrons of the Parfumerie in well- timed routines, revolving from salesperson to salesperson. The “Twelve Days to Christmas” number is fast paced, marvelously choreographed and a very memorable moment from the musical. The Ensemble consist of Cassie Bleher, Evan Borboa, Morgan Carberry, Chase Fischer, Alexa Querin, and Aaron Jerry Skipper.

Interestingly the musical has quite a story development historically. The inspiration began as a 1937 play entitled “Parfumerie” by Hungarian playwright Miklos Laszlo. A similar story then appears in the 1940 Jimmy Stewart movie “The Shop Around the Corner”. Judy Garland would perform in another similar story in the 1949 musical “In the Good Old Summertime” and then in 1998 the overall theme appears in the Tom Hanks-Meg Ryan movie “You’ve Got Mail (this time as emails). The latest musical version is this 1963 musical, “She Loves Me”.

← PREVIOUS ARTICLE
We Dare You Not To Laugh 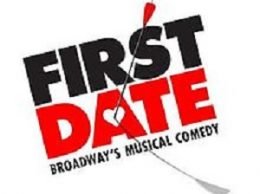