Edward Baker Is Named Father of the Year

The awards will be presented March 2nd at FFCA’s 18th Annual Families & Fathers National Conference, taking place this week in Los Angeles. The awards ceremony, on Thursday, March 2, honors those who model the strengths of leadership, fatherhood, marriage and family.

“We are incredibly honored to be recognized as an outstanding affiliate of FFCA,” said Julie Lowen, Chief Executive Officer of Children’s Paradise Preschool and Infant Center, which provides imaginative early childhood educational experiences combined with high quality care to children between the ages of three months and five years old to prepared them for elementary school and beyond. The artfully designed centers also offer after school care, tutoring and summer camp and assists the families of attending children with medical and social needs through programs like the Fathers and Families Coalition.

FFCA is a national agency committed to delivering effective services, education, training and advocacy to make a difference in the fatherhood field. “We started in 1996, as a grassroots organization dedicated to support the needs of low-income mothers and fathers on public assistance who desired to move out of poverty through our workforce initiatives,” said James Rodriguez, Chief Executive Officer and President of FFCA. The organization now has a global reach. Its affiliates in more than 60 U.S. cities, as well as in Australia, Africa, Puerto Rico, Jamaica and Bermuda include government, large non-profits, universities, grassroots and faith-based organizations. Supporting its purpose, “Finding A Cause Bigger Than Self,” FFCA has trained more than 15,000 individuals in evidence-based practices to support fathers and families internationally.

“We are so proud of the men and women who every day show up to make a difference in the lives of children and families, and we are thrilled that one them will be honored as Father of the Year by the FFCA,” Lowen said. “Eddie Baker is the health, safety and transportation manager at Children’s Paradise and assists in operating each of the four centers. He very active in the FFCA and regularly attends FFCA classes and conferences to develop his skills and ultimately improve the wellness of children, strengthen families and improve the quality of life of individuals that surround him. He is more than a fine example of a loving father to his own child – he is this for all the communities we serve. ”

Eddie is receiving this prestigious award because he is a model for how important family is to children and how critical it is for fathers to participate in a child’s life. Eddie knows first hand the importance of family and demonstrates its value every day with his son. Eddie lived in South Central Los Angeles until the age of 10, when his mother moved the family to Vista. Growing up, his relationship with his mother was strong. However, he had little contact with his father. Upon the birth of his own son, Eddie vowed to keep the relationship with his son strong even though Eddie is not married to his son’s mother. Even during the first year of his son’s life, when Eddie was in the Army Reserve, stationed in Fort Lewis, Washington, he flew home every opportunity he had to be with his son. Today, Eddie is married and co-parents his son with his wife and his son’s biological mother and her husband. He stays very active in his son’s life by coaching his sports teams, volunteering at his school and having him sleep at his house three to four nights per week. He also schedules adventures to city parks, local children’s events and theme parks, in addition to annual camping trips and other family vacations. He makes parenting a goal every day by learning new skills and actively planning and participating in his son’s life.

FFCA has been awarding the Seiderman award since 2006 to recognize fathers who are righteous and upright men in their communities and who have offered their time and talents to enhance children, youth and families. The award is named for Stanley Seiderman, the founder and Executive Director of the Bay Area Male Involvement Network (BAMIN), which collaborated with child service agencies to increase the involvement of fathers and positive male role models in children’s lives.

About Children’s Paradise Preschool and Infant Centers …With four locations in San Diego County, Children’s Paradise Preschool & Infant Centers, aspires to improve communities one little child at a time by giving them the tools they need at an early age to be successful in elementary school and beyond. This often results in a better paying job, creating another successful generation and ultimately improving the entire community. Each Children’s Paradise center affords children the most engaging and inspirational in-room learning toys and activities. The outside play areas have expansive areas with safe play equipment, and healthy meals are prepared for the children by each center’s in-house chef. Children’s Paradise encourages children to be children by providing the freedom to explore and develop their natural curiosity and creativity as they prepare for elementary school and beyond.

About Fathers & Families Coalition of America …FFCA’s mission to enhance the capacity of service providers and help create a legacy of making a difference in the lives of children, reducing global child poverty and strengthening families — to include the presence of a father. Over the past 18 years, the organization has invested heavily to support the capacity of professionals, researchers and parents by exposing them to technical assistance and professional development support. 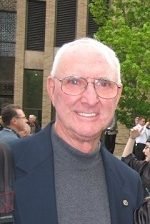