Vista, CA –The San Diego Sheriff’s Department will be conducting a DUI/Driver’s License Checkpoint on Friday, July 31, 2020, at an undisclosed location within the city of Vista between the hours of 8:00 p.m. to 2:00 a.m.
Checkpoint locations are based on history of DUI crashes and arrests.

During the checkpoint, officers will look for drivers with symptoms of being under the influence of alcohol and/or drugs, as well as check drivers for valid licenses.

In 2018, 1,069 people were killed on California roads in crashes involving drivers who had a blood alcohol content over the legal limit (.08 or above). The city of Vista has a high number of alcohol-related traffic incidents. The number of DUI related arrests and collisions that occur in the area are among the highest in the County of San Diego.

During the past three years, over 1100 drivers have been arrested for DUI in Vista. During that time, approximately 294 DUI collisions have occurred in Vista injuring approximately 82 citizens.

The San Diego County Sheriff’s Department reminds the public that impaired driving is not just from alcohol. Prescription or over-the-counter medications with an operating heavy machinery warning on the label can also impair. While medicinal and recreational marijuana are legal, driving under the influence of marijuana is illegal.

If you plan on drinking or are taking medications that can affect your ability to drive, please take these precautions to
avoid a DUI:
• Always use a designated sober driver – a friend who is not drinking, ride-share, cab or public transportation – to get home.
• Walking while impaired is also dangerous. Have someone sober walk you home or stay with you until a sober driver is available to pick you up.
• Report drunk drivers – Call 911.
• Hosting a party? Offer nonalcoholic drinks. Monitor who is drinking and how they are getting home.
A DUI charge is not cheap. Drivers charged with DUI face an average of $13,500 in fines, and penalties, as well as a suspended license and possible jail time.

Call Crime Stoppers at (888) 580-8477 with information and you will remain anonymous. You can also download the P3 anonymous tip app. You may be eligible for up to a $1,000 reward for information that leads to an arrest. 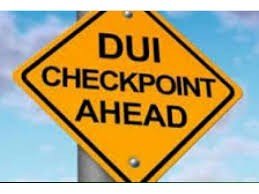