Warning: A non-numeric value encountered in /home/customer/www/thevistapress.com/public_html/wp-content/themes/dailypress/include/breadcrumbs.php on line 54
Calendar >  Experience A Fresh Beginning With “Jesus Christ Superstar” At The Star Repertory Theatre in Escondido 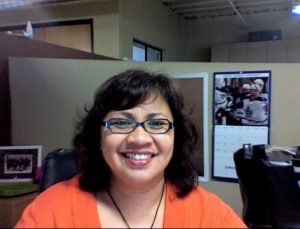 Suze Diaz — When the opportunity for a dream to be realized comes into play, there is nothing exciting like pulling out all the stops to make it come true. This past Friday night saw a fresh beginning for STAR Repertory Theatre with the Opening Night of “Jesus Christ Superstar” in their newly built playhouse at 329 East Valley Parkway in Escondido.

With its humble beginnings in 2011, Artistic Director/Founder Scott Kolod and Producer/Founder Meredith Kolod, both well-known around theatrical circles in San Diego, have brought the theatre to its next level as a non-profit 501 (c)(3) educational organization in performance arts for North San Diego County youth. As they have celebrated performing numerous shows in other venues around the county, the Theatre’s award-winning reputation (as San Diego’s reigning A-List Best Theatre Company and Escondido’s Number One Community Theatre Company for three years in a row) has allowed them to expand and purchase a building of their own. As the original idea was to have a place where they could have a centralized operation to house elements of their many productions, city permits that were being required for one issue or another resulted in a decision that lead to the wonderful solution of having their very own playhouse. With a tremendous labor of love from the theatre staff and crew working tirelessly up to the day before with last minute touches, Opening Night excitement is seen and felt throughout as you walk through the front door of their building. The intimate and cozy venue is richly decorated with rows of theatre-style seats that are comfortably and beautifully upholstered, complete with beverage holders. In relation to the layout of the stage, the orchestra and sound area share a side space nicely. 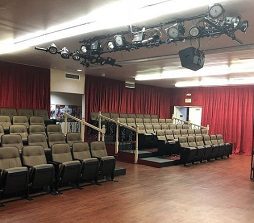 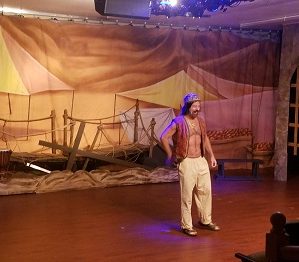 Not only was Opening Night a debut for the new playhouse, but this production also marked its first paid actor show and all adults’ performance for this venue. This is significant, as most of their performances are a mixture of youth and adult actors. “Jesus Christ Superstar” is a personal favorite of Artistic Director/Founder Scott Kolod, having seen the play with the original “Jesus”, Ted Neely. Having realized that he already had the actors in-house to present the play to reflect the original movie as much as possible, he personally gave a financial guarantee to add this special show to the 2018 Season. This leap of faith has added more blessings to the gratitude of cast members and patrons.

“Jesus Christ Superstar” started as a concept album in 1970 with music by Andrew Lloyd Webber and lyrics by Tim Rice before it made its Broadway debut in 1971. The rock opera, mostly sung-through, is relatively based on the last week of the life of Jesus of Nazareth, highlighting the joys of his arrival in Jerusalem to the struggles leading to his crucifixion. The story offers the viewpoint from one of Jesus’ disciples, Judas, who finds himself in deep conflict with the direction that Jesus is leading the disciples and how this journey would affect those who are following Him.

Upon arriving at the venue, enthusiastic patrons were greeted by ushers dressed as Pharisees as they were delivered to the entrance of the seating area. Artistic Director/Founder Scott Kolod dressed as “Saul from Tarsus” (and also later performing as “Pontius Pilate”) welcomed patrons making their way to their chosen seats, keeping the audience engaged and entertained by conducting rock opera trivia; rewarding patrons with playing cards that can be exchanged for items at the well-stocked concession stand. The orchestra’s musical sound was on point, creating the rock opera flavor with the sound/lighting crew blending the ambiance setting the mood.

The cast is superb with each actor bringing the intensity to the characters they portrayed. The range of emotions that Kevin Burroughs as “Judas” evoked was powerful as he expressed his frustration with how he was disgruntled with Jesus. The revelation of his realization of what his betrayal unleashed is to be experienced in the musical number, “Judas’ Death”. The audience felt the pulse of his distressed passion within the intimate closeness of the theatre.  Christopher Miller made his STAR Repertory Theatre debut portraying his dream role as “Jesus of Nazareth”. As he interacted with the audience, Miller exuded the compassionate, humble, kind character of this legendary role so much that as he looked into an audience member’s eyes as he shook their hand, there was a feeling of awe. The fear and understanding of his role as both leader and martyr is heartbreaking as he lamented his fate in “Gethsemane/I Only Want to Say” on the first steps to His crucifixion on the cross. Miller brings the integrity of what the Lord might have been feeling during his last days on earth. Danielle Perrault beautifully portrayed the soothing, peaceful, and loyal Mary Magdalene with her unrequited love to Jesus most notably presented in the song “I Don’t Know How To Love Him”. The rest of the ensemble is highly remarkable, each excellently representing their character with impassioned spirit that captured the audience throughout this phenomenal play to a spirited standing ovation. Don’t miss the final ticket date for this stirring production at 4:30 PM on Sunday, November 11, 2018.

For tickets and information on future shows, auditions and programs, please call at 760-751-3035 or visit www.starrepertorytheatre.com