His wife, Jennifer was a practitioner of numerology, the mystical relationship between numbers and coinciding events. It is also the study of the numerical values of letters in words, names and ideas and is sometimes associated with the paranormal along with astrology.

Their son was born on October 26, 1996, the 300th day of the year at Tri City Medical Center in Oceanside, California. They named him Charles Cole Castle. The Roman numeral for one hundred is C, therefore his three initials represented three hundred. His parents sometimes called their son, Triple C.

The Castle home was located in the Calaveras Hills area of Carlsbad and Charlie grew up in an environment where facts were important, but he was also encouraged to use his imagination, be curious about the unknown and the supernatural. It was surprising how well Russell and Jennifer got along considering their different approach to various issues. Their core values of God, family and honor were the ties that bound this unique family.

Russell explained mathematical formulas to his son and the contributions to science of great inventors; Tesla, Edison, Ford, Greatbatch, Jonas Salk, Jack Kilby and Frank Whittle. Charlie’s mother stimulated his curiosity with stories of; The Shroud of Turin, Voynich Manuscript, Beale Ciphers, Krytos, Holy Grail, Treasure of the Sierra Madre and the Moonlight Beach Mystery and how numerology was involved in all of them. She also schooled her son in the practice of Gematria, Pythagorean and the Abjad system, all variations of numerology. It wasn’t like Charlie had to be pushed or coerced, he was eager to learn and enjoyed the challenges that deciphering mysteries presented.

The elder Castle gave his son some fatherly advice. “You can have a rational discussion about evidence and facts or you can have a casual conversation about feelings and beliefs, but it’s a no win proposition when you combine the two. Your mother and I learned very early in our relationship that the rules of verbal engagement should be well-defined. She doesn’t dispute facts and I don’t ignore her feelings. She has a gift for seeing things that aren’t visible to most people including me. My skillset is when I see things, I want to know how they work and if I can develop a more efficient way for them to operate. As your parents we’re going to give you both perspectives. You can choose one or the other, but I suggest that you combine both.”

Russell worked as a freelance consultant for a long list of private companies and government agencies including the National Intelligence Agency. He was an expert in the study of differential geometry, partial variation equations and non-cooperative game theory. He also deciphered enemy codes and established impenetrable firewalls for cyber-security protocols.

Charlie learned early in his life that his number was 300 and based most of his decisions using that as his common denominator. He became the starting quarterback for Carlsbad High and developed his own equilibrium that the optimal strategy is to stay the course of an initial plan as long as others players do not alter from theirs. If they changed, the ability to improvise was essential to success. Charlie saw intersecting angles of players moving across the field with a mental clarity that few possessed.  Football plays were simplistic to Charlie, it was like everyone on the field was playing in slow motion while his mind was in high gear.

Before every game, he used numerology to strategize the game. Date, time, location, weather, and team records all had a numerical value. Charlie listened intently to Coach Handley about which plays he wanted the offense to run then would not hesitate to call an audible at the line of scrimmage.

This angered Coach Handley who thought Charlie was being insubordinate so he called the young boy into his office to chastise him. “When I call a play, I don’t want you to change it. I’m the coach and you’re the player…understood?”

Charlie responded calmly, “Yes sir, but sometimes I have a different perspective from my position on the field than you do on the sidelines. If I think something will work better, I feel it’s my duty and obligation to the team to do what’s best.”

“I’m going to suspend you from next week’s practices and our upcoming game with LaCosta High. You need to decide if you still want to be a part of this team,” Coach Handley said.

Charlie already knew what his answer was, but responded simply, “Yes sir,” and left the office.

Later that afternoon Coach Jay Handley was talking to Assistant Coach Scott Channon. “If I let Castle get away with it, then it will set a bad example for the other players.”

Scott Channon reminded his boss, “Part of being a good coach is recognizing the strengths and weaknesses of your players. Castle is like having an offensive coordinator behind center. You’re my boss and I can’t tell you to do, but if it was me I wouldn’t let my ego get in the way of my good judgment.”

When Charlie met with Coach Handley, he gave his answer. “I’ve decided to quit the team.”

Coach Handley had too much pride to compromise his coaching style of ‘his way or the highway’ so he let his best player walk away. The team did not win another game for the rest of the season and Handley was fired from his position as head coach. Decisions have consequences, that was just another valuable lesson that Charlie learned that from his parents.

The number 300 is a blend of energies of the numbers 3 and 0. The number 3 symbolizes enthusiasm, optimism, joy, expansion, creativity, communication, freedom, self–expression, growth, inspiration and individuality.  The number 0 is a very powerful number, symbolizing endings and new beginnings, closures, enlightenment, self-awareness, the value of listening to one’s intuition and the various energies of the Universe.

After leaving the football team, Charlie was drawn to Bruce Lee’s philosophy on self- defense, which combined spirituality and the precision of geometrically defined movements.  The three essential parts of Jeet Kune Do are efficiency; an attack should use maximum energy against a single point in the least amount of time. Directness, which is the practice of perfecting what comes naturally and last but not least, simplicity of thought, which is that an uncluttered mind is more focused on the task at hand. Charlie fine-tuned his techniques by incorporating numerology and mathematical theories into his training.

Charlie seriously considered joining the military after high school graduation, but his father warned him about the pitfalls of working in a bureaucracy. “You stopped playing football because you couldn’t force yourself to follow orders if you saw a better way. You won’t have that option in the military. They’ll put you in jail for disobeying orders. Your mom and I raised you to be a creative and logical thinker and we’re proud of you. There are people in this world that are completely content to do something wrong their entire life rather than make a change. You are not one of them. Personal awareness means personal accountability and sometimes that’s going to be a gift and other times it’s going to be a burden.”

“What about college?”  Jennifer asked.

Charlie responded, “I can find a better use for my time.”

“What about working with me?” Russell asked.

Triple Canopy, Inc., was an American private security company that provided integrated security, mission support and risk management services to corporate, government and nonprofit clients. The firm was founded by former Delta Force operators and includes Green Berets, Rangers, SEALs and MARSOC Raiders. This was one of the clients of Russell Castle. Charlie developed an immediate connection to this elite group of men and women because he respected their operational philosophy. Over time, he earned the respect and trust of the special operators with his professionalism.

After a successful mission in Naples, Italy to recover stolen trade secrets taken from an American company by Chinese agents, the ten-person team from Triple Canopy returned to America, but Charlie decided stay a little longer in Europe. He had something else on his mind.  The stars were in perfect alignment and it could be centuries before this natural phenomenon repeated itself. Charlie used his common denominator of 300 and a complex numerology algorithm before he traveled to Thermopylae, Greece to search for King Leonidas’ riches.

For centuries, people have unsuccessfully tried to find the treasure. Some said it never existed and was just a legend, while others believed it was worth billions.

Using an intricate mathematical formula that correlated the sun’s movements to longitude and latitude coordinates, Charlie found a tunnel overgrown with brush behind a rock formation. He worked his way inside the cave and saw a sphere about the size of a basketball with numerous indentations sitting on a ledge.  Greek mathematicians including Archimedes, Euclid and Hysicles were famous for developing solar keys to hide treasures and valuable artifacts. Charlie took the sphere, brought it to edge of the entrance and set it in the exact position where the sun rays penetrated the openings of the orb and were re-directed down the darkened tunnel. There was a loud rumbling and a wall swung open to expose a large room filled with wooden boxes of King Leonidas’ treasure.

In an ever-changing world Charlie Cole Castle would adapt to any situation, but at the same time he’d always follow the numbers and remember 300 as his personal common denominator.

– Work of fiction. Names, characters, business, events and incidents are the products of the author’s imagination. Any resemblance

The Veterans Writing Group of San Diego County invites all writers to join us at our monthly meetings. Veterans and Non-Veterans are equally welcome. For more information go to our website: www.veteranswritinggroup.org 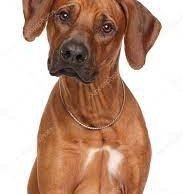 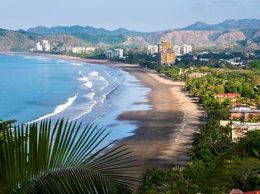 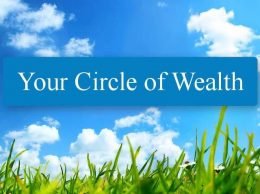 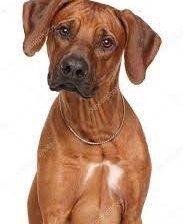