TR Robertson –Many people put a great deal of thought into what type of gift to give people for special occasions. Believe it or not, there are many superstitions and cultural beliefs surrounding both the giving of a gift or the receiving of a gift and what the specific gift might mean to the person receiving the gift or what the gift might mean from the person giving the gift. This will look at some of the common gifts selected for weddings, birthdays, anniversaries and any other special occasions or holidays. It might give you second thoughts on selecting what you think is the perfect gift for someone, at least it will if you are superstitious. Most of these superstitions originated in Europe. Believe them or not.

Superstitions Surrounding Gifts You Give

Knives and Scissors – Considered bad luck to give as they reflect the cutting of relationships. Interestingly, you can stop the bad vibes if the receiver of the gift gives the giver a coin in return.

Hankies – Giving handkerchiefs is said to signify tears will be coming to the receiver. In Sweden, a man is never supposed to give his lover a silk handkerchief or she will wipe away her affection for him.

Soap – Soaps are supposed to be an unlucky gift as they signify washing away your friendship.

Candles – According to some cultures, a gift of a candle symbolizes you are burning the relationship you have with them.

Opals – Opals are considered to be one of the unluckiest gemstones. If you were born in October (the birthstone month for Opals) you can receive Opals with no ill effects.

Shoes – For some reason, giving a new pair of shoes is unlucky, although for the receiver it is said to prolong their life. Giving shoes at Christmas is bad luck as it signifies the receiver will walk away from you.

Cats – In Sicily, it is said you should never give a gift in the shape of a cat to someone who is engaged to be married as it foretells sudden and violent death. But, in most other cultures, if your partner gives you an actual cat, it means you will never be parted.

Portraits – Receiving a present with your own likeness on it is bad luck and to receive a portrait of yourself is a sign of treachery.

Coal – An old English tradition says it is lucky to put a lump of coal among the Christmas presents or in a stocking. The recipient should spit on it, throw it in a fire and make a wish as it burns to make the wish come true.

Roses – Different colored roses mean different things if you give them as a gift. For example, a red rose symbolizes passion and white roses symbolize purity. Yellow roses mean you will be coming into money.

Emeralds – Giving an emerald brings luck, happiness and success, unless you give the gift on a Monday. If you do this, the luck is lost. If a man gives a lover an emerald, it can strengthen their love. If the emerald grows paler over time, their lives is diminishing, but if it deepens in color, the love is flourishing.

Flowers – Various flowers mean different things when given as a gift. For example, don’t give white lilacs to someone who is sick as that is unlucky and will lengthen their recovery.

Gloves – Giving gloves means you will have a fight with that person.

Turquoise – Giving this semi-precious gem is supposed to remove any animosity between the giver and the receiver.

Mirrors and Umbrellas – these are said to be unlucky gifts to give. Mirrors have bad luck for a number of reasons.

Metal – Watch what types of metal items you give. Gifts of pewter and zinc are omens of a long life and happiness. Gifts of tin will bring mischief.

Coral – Gifts of coral necklaces for children will protect them from harm. Gifts of red coral will become pale if the owner is sick and return to full cover as the owner recovers.

Clocks – Giving a clock signifies the persons time is ticking away. In China, clocks are never given as a gift.

Combs – Giving a comb signifies the person will suffer health issues. It is considered a curse in Japan.

Purse or Wallet – If you give someone a purse or a wallet, be sure to put at least one coin in it to ensure the purse or wallet will never be empty and signifies future wealth.

Laughing Buddha – Giving a Laughing Buddha is a symbol of happiness and infinity. It is also called Fat Buddha, Ho Tai, of the Chinese Buddha. But be careful where you put it. Never put this gift in a bathroom or kitchen.

Giving a Gift Back – It is unlucky to give someone a gift, then take the gift back.

Bad Luck Colors – Giving or receiving a gift of black colored items is said to be bad luck or sadness, but for others it can mean mystery and strength. Giving a book with a red cover will break a friendship and anything red can cause jealousy, but can also mean passion. Green gifts can bring on envy, but also mean growth of friendship and wealth and yellow gifts can mean happiness and a time of change.

Gifts for friends and family members are hard enough to decide and now when you throw in all the crazy superstitions that exist, it almost makes it impossible to decide what to give someone. As always, believe what you want, but don’t let it control your life. But at the same time, put some thought into what you give some one and be aware of who that person really is and what would be a perfect gift for them. Happy shopping.

NEXT ARTICLE →
Strange, Unusual, Weird and Creative Days of Celebration for October

← PREVIOUS ARTICLE
Historical and Significant Days for the Month of October 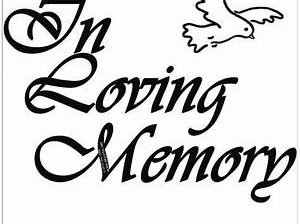