Alex Hughes  — January, 2018 … On my list today was to visit Fallbrook and to learn more about this community through the Fallbrook Historical Society nestled on the hillsides of Rockycrest Lane. I also wanted to fit in a new Mexican market by the name of El Toro Market. Given that darkness is sooner during the winter, it was quite the squeeze. I had a quick trip to the museum and walked over to the market. There was a nice quietness on this Sunday as many of the shops were closed. The streets were void of active life. I got to the shopping center where I previously visited Bonita Foods: http://thevistapress.com/grocery-grabs-20-bonita-foods/. That building trumps the size of El Toro Market.

On the outside, I enjoyed the blue trim of the awning and the familiar signs of what was on sale for the week. I grabbed a cart which they had their own and went inside. There are two entrances to this location. One that will take you near the liquor counter and the other in the produce section. I ended up in the liquor corner and looked directly through the aisles. On the other end, the red color of the meats were behind the deli glass. On my list were beans which my grandma wanted to stock up on. I noticed the slight hint of dust and was not entertained by the expiration on some of the beans. As other Mexican markets I have visited, some packaged goods have been on the shelf for some time. That being said, I did find some Faraon brand lentils and pinto beans. There was no sand on this one! I quickly looked at the other aisles and happened upon another item which was Xtreme blue hair gel. It was on my list to tame my sometimes wavy, curly hair. The blue captivated me and reminded me of Jell-O.

The produce section was where I bought the most items. It was a fair size as it took a quarter of the store. I bought bananas which were cheaper than Frazier Farms, green cabbage because of the recent recall of Romaine, mangos, radishes and nopales which I had not eaten for months. I stocked up with snacks such as freshly packed peanuts con chile and peanuts con limon.

I very much enjoyed this store because it had lots of great priced produce and snacks. The only other grocery store I plan on visiting in Fallbrook is Major Market which I hope to write about in the future. 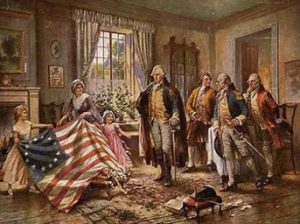