Suze Diaz –On a pretty spring evening, a dynamic group of musicians from all ages and walks of life shared their love of playing guitar to a full house of music aficionados. After a three-month session of practice rehearsals, The Encinitas Guitar Orchestra presented their spring performance with “A World of Guitar Music” featuring music from China, South America, Cuba, Scotland, Spain and more. Within the magnificent sanctuary at Bethlehem Lutheran Church in Encinitas, up to 40 amateur and professional orchestral musicians graced the stage for the orchestra’s 30th concert in 15 years.

With its start in 2004, noted musical director Peter Pupping has been the guiding force of the orchestra. From his experience as music professor directing guitar orchestras for a decade at MiraCosta College to private teaching which resulted in the first group session of 16 players with colleague William Wilson. Pupping, who also holds both Bachelor’s and Master’s music degrees from SDSU, is also the primary in The Peter Pupping Band (http://peterpuppingband.com/), an eclectic quartet with an exceptional repertoire in Nuevo Flamenco, Smooth Jazz, Spanish Guitar, Latin Jazz, Latin Rock and Contemporary Acoustic.

All groups and all levels of guitar skills are welcomed to try out for the orchestra. Even beginners who can read guitar music at an entry level are invited; musicians will learn techniques and ensemble abilities. Private lessons are offered to those who want to upgrade their skills to the next level in preparation to be part of the performing orchestra within a six-month timeframe. Classical and contemporary selections are adapted for four or more parts of the orchestra and those with advanced skills are invited to be part of an ensemble to approach more difficult musical pieces.

Guest artist Michael Carno splendidly played his Native American flute as patrons found their way to their seats to wait for the evening to fully commence. The orchestra began the concert with the delicate and intriguing Chinese folk song, “Bai Mudan” and English folk love song from the 1600s, “The Water is Wide”; both arranged by Andrew Forrest. Little fun facts of songs performed were an added bonus to the show. Assistant conductor Keith Van Zandt shared the incredible history of the song “The Lion Sleeps Tonight”. Although known by most from the beloved movie “The Lion King”, the song’s history starts with the tune originally written by young Zulu singer, Solomon Linda. In 1951, the song became known as “Wimoweh”. In 1961, George Weiss was tasked with writing the English lyrics to the song and “Wimoweh” became “The Lion Sleeps Tonight” to become a #1 hit in the US and Europe. The added effect contributed to the song by the orchestra was a special delight.

The advanced ensemble’s performance of “Rhapsody in Blue”, conducted by Peter Pupping, featured a fantastic accompaniment by San Dieguito Academy student, Devin Walsh on clarinet. With this animated segue into the solo and duet portion of the show, these intimate performances added to the exceptional experience of the evening. Orchestra section leader Kenneth Bender and San Dieguito Academy student Eve Oesterheld’s remarkable rendition of Andrew York’s “Evening Dance” showcased a stunning synchronized passion on guitar strings. Exquisite finger work in the performance of Juan Serrano’s “Entre Olas” by Josef Ullrich and young guitarist Kevin Roberts mesmerized patrons. A magical improvisation by Andy Rigopoulos and director Peter Pupping in the Brazilian bossa nova style of the French song “Jardin d’Hiver (Winter Garden)” by K.A. Zeide and B. Biolay was simply amazing.

The Encinitas Guitar Orchestra’s next session will start in September to prepare for their Christmas concert, “A Christmas Masquerade”, which will feature year-round music that is not necessarily known as Christmas music. It would be a spectacular way for family to start the holiday season surrounded with incredible guitar music!

For more information on how to be a part of the Encinitas Guitar Orchestra through class lessons or group performance, please contact Peter Pupping at peter@guitarsounds.com or visit their website at http://www.encinitasguitarorchestra.com/ 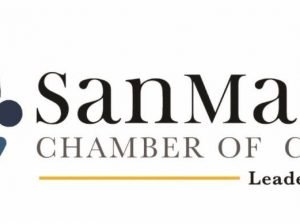