There were two doors down the hallway in the rear of Fitzwilly’s Bar & Grille. Each door was adorned with an artistic rendition of a hunting dog, one bearing a sign “Pointers” and the other “Setters.” Fitzwilly’s was a purveyor of spirits but dealt mostly in cold beer, nachos, and country music. In this university town on the Texas savannah, it was a place where world-renowned researchers rubbed shoulders and clinked glasses with students, ranch hands, and blue-collar workers.

As I made my way toward the restrooms one Friday evening, I encountered an attractive young woman standing in the hallway contemplating the signs. Her expression was both amused and puzzled, and, in a delightful central European accent, she asked, “Excuse me please—vich am I?”

I froze for a moment, considering the delicate task of differentiating between pointers and setters within context; then I just smiled and pointed toward the ladies’ room.

When she returned to the bar area a few minutes later, I noticed that she was alone and offered to buy her a drink. Her name was Milena. She was a newly arrived graduate student from the Czech Republic and was doing research in agronomy.

With the aid of linguistic lubrication provided by additional beers, we learned that we could transcend cultural and generational differences to discuss topics such as the virtues of crop rotation, classification of soil profiles, and—most animatedly—preferences in brewing styles.

Milena expressed a fondness for lighter beers. (She was, after all, from the land of Pilsen and Budweis.) However she found the full, smooth, and not-too-hoppy flavor of Shiner Bock intriguing. She was fascinated to learn that Czech and German immigrants had settled several of the local communities and that their ethnic traditions remained strong in the area. Bock beer, kolaches, and strudel were easy to find.

She showed up for happy hour the following week, and I introduced her to my circle of Friday night friends. It was a loose-knit group comprised of a geochemist, a machine shop worker, a computer geek, a land surveyor, an apartment rental agent (never all at once)—and whoever felt like pulling up a chair and buying a round. Milena was accepted without reservation and quickly became known as Millie.

Millie settled into the Texas way of life and became a regular with the group, seldom missing a Friday evening. We celebrated with her when she received her master’s degree and began her PhD research project. None of us asked or knew much about her personal life. A couple of men asked her out, but she demurred, claiming to be flattered but not interested. Her manner was always pleasant and convivial; no one ever saw her drunk or even in a funky mood.

That all changed after we had known her about eighteen months. Millie failed to appear one Friday, and the following week she joined us with the demeanor of a whipped puppy. When we expressed our concern, she shared with us that a love affair with a young professor in the veterinary school had ended badly when she had discovered that he was married. That night she alternated shots of Jaegermeister with her beers and got sloppy-wasted. None of us knew where she lived, but we called a cab for her and hoped she could direct the driver to the right address.

We were all adults, and most of us had endured similar experiences and had reacted with similar behaviors. Stuff happens, and we did not dwell on the incident. She would grow and move on.

But Millie did not seem to be recovering. She was seen in various bars at all times of the day, red-eyed and puffy-faced. Sometimes she would join our Friday group after an obvious head start on the beer, but she contributed less and less to the conversations and the global problem solving.

On the eve of a big football weekend, she sat down at our table near the shuffleboard, looking particularly morose. When we tried to engage her with small talk about the game, she blurted out that her advisor had warned her that she would lose her student visa if she did not make satisfactory progress on her dissertation by January.

“I can’t remember; I can’t think; I can’t do my research,” she said, tears sliding down her cheeks, “–and I have these bad headaches all the time.”

The group exchanged knowing glances as if to say, “Yeah, staying drunk all the time will do that to you.”

One of our newer cohorts, a medical student, spoke up. “Millie, stop by the med building tomorrow. Let’s run some tests.”

Millie did not appear the following week, but the med student did. He informed us that Millie’s malignant brain tumor was at stage four and that she had only weeks to live.

Millie left us, richer for having known her, just before Christmas.

The two doors in the rear of Fitzwilly’s have been painted over, and plain signs reading “Bucks” and “Does” have replaced the dog paintings. I wonder if they will confuse anyone. 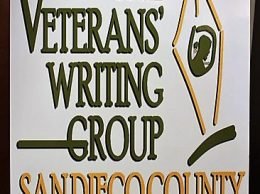 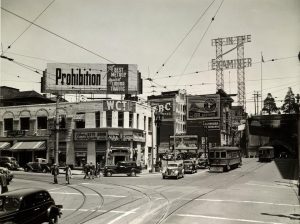