Peanut butter and jelly sandwiches are an American favorite. They’re found in the countless lunchboxes of children at school. There is no exact origin, but soldiers during World War II ate them as one of their primary foods. Food was rationed and they could eat these sandwiches quickly. Peanut butter wasn’t invented until the 1920s, the first being Peter Pan and Skippy. Grapelade was popular at the time. During the great depression, jelly hit the sweet tooth and peanut butter was a primary source of protein. The introduction of sliced bread at this time really made the sandwich popular. When soldiers came home from the War, they were surprised to see the popularity of the very sandwich they ate under dire circumstances was now being eaten by their kids. Whoever actually put these two ingredients together is unknown, but he or she has certainly put many smiles on many people’s faces and pleased many people’s taste buds.

This sandwich is sometimes called PB & J or in the UK and Canada it is called peanut butter and jam. Over the years people have added other ingredients such as raisons, honey, Nutella, or hazelnut. Marsh mellows and bananas are also popular. Let’s not forget that this sandwich can have one or more layers of peanut butter, one or more layers of jelly, and even more than two slices of bread. Sometimes it is eaten open faced or with one slice of bread. Sometimes it is eaten on crackers or rice cakes. Sometimes it is on a bagel. Some people even toast the bread. It really is a flexible food that can please almost anyone’s taste buds. It is a staple of American childhood, but many adults can’t help but love to eat them too.

It has been said that the average American eats 2,984 of these sandwiches in their lifetime. That’s a stack higher than the Statue of Liberty. It actually used to be a delicacy and high-end sandwich because peanuts were costly. Now they are a staple in most people’s homes. Pre-sliced bread was the game changer because children could start to make the sandwich themselves. They aren’t entirely bad for you and of course label reading when it comes to ingredients amongst the peanut butter, jelly, and types of bread is the key. They now even sell containers of jelly and peanut butter mixed together. The food industry caters to our popular picks. Soggy or toasted, we like our peanut butter and jelly. When was the last time you had one?? 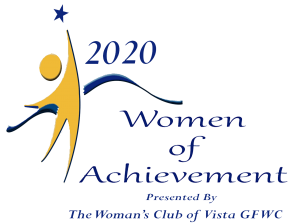