Warning: A non-numeric value encountered in /home/thevista/public_html/wp-content/themes/dailypress/include/breadcrumbs.php on line 54
Calendar >  Join Us For Authors Night Thursday

Join Us For Authors Night Thursday

Oceanside, CA –From 5-8 p.m. Thursday, Jan. 16, local writers will be at the Sunset Market in Downtown Oceanside to sign and sell their work. Showcasing authors from a variety of literary genres, Authors Night is the perfect venue to meet authors from our area while enjoying hot food from around the world, gourmet goodies and desserts, eclectic shopping and live entertainment.FIND OUT MORE

Justin Gary–Award-winning game designer, entrepreneur and pro speaker Justin Gary started his career in gaming at age 17 when he became a Magic: The Gathering national champion. He founded Gary Games in 2010. Today, Gary designs and consults from San Diego, where he has written “Think Like a Game Designer.”

R.D. Kardon — A former corporate and airline pilot, Robin “R.D.” Kardon had a 12-year flying career that took her all over the world. A native New Yorker, Robin now lives in San Diego with her beloved rescue pets. Her first novel, “Flygirl,” was released in 2019.

Alexa Kingaard — was born in and has lived most of her life in the San Diego area. Kingaard has written two novels, “Keep Forever,” highlighting the collateral damage of post-traumatic stress disorder, and “My Name Is Rose,” a story of her generation.

Gail L. and Rufus Thompson — A former secondary school teacher and university professor, Gail L. Thompson has written multiple educational books. Thompson, who resides in Oceanside, has also been published in USA Today and academic journals. She is married to Rufus, an educator, and they have 3 children.

S.L. Vaden started writing stories at a young age and kept her dream of being an author a secret until her first book was self-published. The author of The Legend of Zelkova fantasy series, Vaden also writes sci-fi and romance. She is a fan of anime and lives with her husband and cats. 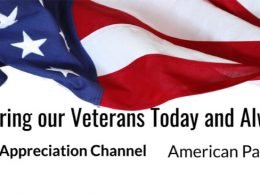