TR Robertson — Sometimes you just need a bit of luck and careful planning in the restaurant business, especially in this crazy COVID world of eatery opening and closing. The newest restaurant in Encinitas, L’atelier de Paris at 204 N. El Camino Real across from Burger King, almost did not happen without that bit of luck and careful planning. Owners David Laurent and Seghan Bosman were not sure, until several months ago, whether their dream of opening a restaurant specializing in classic French pastry and delicious breakfast items and sandwiches would become a reality. David and Seghan were living in Brussels, Belgium, at the time, David running his own Belgian bakery and coffee and tearoom called David Laurent. Seghan was a former student of David’s, learning the bakery trade. David Laurent has been a baker for over 25 years, starting when he was 15. Seghan, age 24, went to the EFP Training Centre at age 15 and has taken additional cooking classes from David. 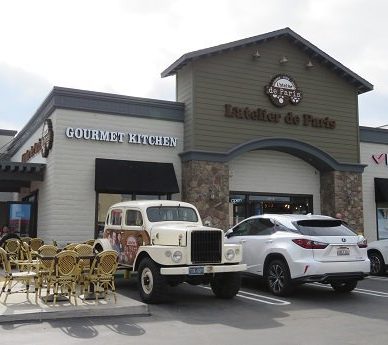 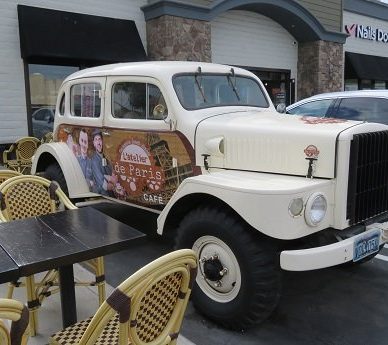 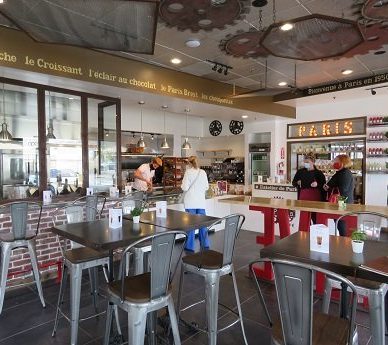 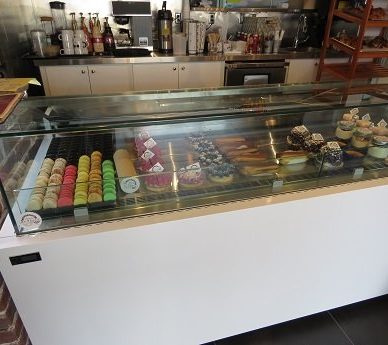 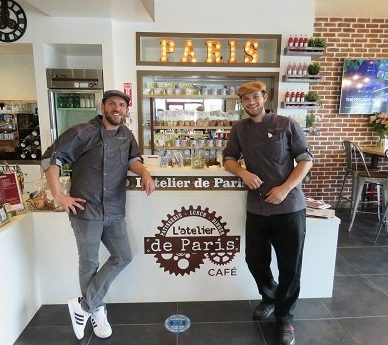 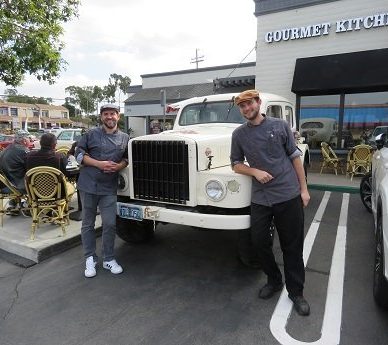 The journey started when Laurent contacted Semy Mez and Francois Patanchon, owners of IRG (Investment Restaurant Group) in Encinitas to see what was available, building wise, in this area. Francois also owns Le Citron Restaurant in Oceanside. Working over the internet and with phones, three locations were presented, and David settled on the location at 204 N. El Camino Real in Encinitas. Then COVID hit. The building picked out had to be converted and major work done to convert the location into what David, Seghan and Guillaume wanted. Guillaume Vande Capelle has worked for David for 2 years and remains in Brussels, still working at the Laurent Bakery. He hopes he will be able to obtain a Visa and join David and Seghan. Everything had to be handled over the phone with pictures and corrections being sent back and forth over the course of 5 months. David was the only one to see the building prior to construction beginning. The major obstacle that had to be over come and the main thing holding them back from coming to the United States was getting a Visa to enter and work in the U.S. during the COVID outbreak. For a while, they felt their dreams would fall apart as the United States was making entering the country more and more difficult. As fate would have it, David and Seghan were able to get Visas, Guillaume is still waiting for his. David and Seghan arrived in October. David’s wife remains in Brussels.

David and Seghan said they have put in long days and many hours working on L’atelier de Paris, which has only been open for 2 weeks. David said he hasn’t even seen the beach yet since he has been here. The Restaurant & Bakery is open every day from 7 am until 7 pm, but they said they arrive earlier and stay later each day. The Bakery is even open on Thanksgiving for those that want a delicious breakfast before the Thanksgiving meal.

As David, Seghan and Semy were interviewed, a steady stream of customers entered, socially distanced, as they put in their orders for coffee, juices, pastries, and breakfast or lunch items. Many had seen the KUSI morning show coverage of the bakery. The lengthy menu includes a large variety of Patisseri items like macaroons, eclairs, crème brulee, fruit tarts, classic French pastry, croissants in many flavors, brioche, a variety of omelets and crepes, French toast, eggs benedict, Acai bowls, numerous coffees, teas and juices. Some of the specialty breakfast items listed were smoked salmon and cream cheese with fruit, eggs, and avocado on croissant, and a Croque Madame – ham sandwich with bechamel sauce and egg.

For those wanting lunch L’atelier de Paris offers burgers using French Angus beef, a dish called Black ink – chicken with gouda, Quiches, crepes with various meats, Grilled toast with tuna or chicken curry, and 5 tasty salad options such as sweet and sour or smoked salmon. A long list of Panini sandwiches is available. The Notre Dame sounded interesting as did the Madeline with caramelized onions, walnuts and brie and Le Louvre with eggplant and zucchini. The Opera and Mamy Denise were tasty looking as well. Go to www.latelierdeparis.com and click on the menus to see a complete listing of what is offered. The phone number is 760-452-6500.

L’atelier de Paris also plans on offering a dinner menu with French wines and Belgian beers, once their liquor license comes through. Make sure you get your picture taken beside the classic 1954 Volvo TP21 “Sugga” 4WD vehicle parked out front with pictures of the L’atelier de Paris chefs on the side. The vehicle is a former rugged off-road radio communication vehicle for the Swedish Armed Forces. There are less than a dozen of these cars in the U.S. This one is on loan from Le Papagayo Pacific Coast and Mediterranean Restaurant in Leucadia. “Sugga” means sow or mother pig in Swedish. David wanted an antique car for the outside of the bakery.

David Laurent taught a variety of cooking classes in Belgium and plans to do the same in the U.S. He said classes will be offered once they get things under control and settled in with the restaurant and bakery. He said, after all, L’atelier means workshop in French.

There is a comfortable outside area with ample seating to go along with the COVID restrictions. Customers place their orders, grab a table, and get ready for a gastronomically pleasant dining experience.

NEXT ARTICLE →
One Week Until #GivingTuesday

How Much Do You Know About Human Nature? Part I

A Short History of Currencies of the World