Warning: A non-numeric value encountered in /home/thevista/public_html/wp-content/themes/dailypress/include/breadcrumbs.php on line 54
Calendar >  Laugh a Minute “Moon Over Buffalo” Not to be Missed

Laugh a Minute “Moon Over Buffalo” Not to be Missed

TR Robertson — The latest play at Solana Beaches North Coast Repertory Theatre is the perfect play to take in if you are in need of laughter in your life. Playwright Ken Ludwig’s comedy, “Moon Over Buffalo”, is fast paced, non-stop action and dialogue with a touch of slapstick and great physical performances by the actors and actresses on stage. The NC Rep comedy is directed by returning director Matthew Wiener.

Ken Ludwig won three Tony’s for his comedy “Lend Me a Tenor” and a Tony for the musical “Crazy For You”. “Moon Over Buffalo” opened on Broadway in 1995 and received Tony Award nominations for the lead actor and actress, Philip Bosco and Carol Burnett. Ludwig recently premiered an adaptation of Agatha Christie’s “Murder on the Orient Express” and audiences will soon see his adaptation of “Robin Hood”. He is the winner of numerous theatrical awards and honors.

The comedy takes place at The Erlanger Theatre in Buffalo, New York in 1953. The story centers around a small theatrical troupe, led by George Hay and his wife Charlotte. The Hays and their troupe perform plays throughout the country. George is passionate about acting and determined to prove live theatre is better than the rising film industry. His wife is determined to one day become a movie star. Their struggle is putting strains on their marriage. George has become involved with a younger actress, Eileen, and Charlotte finds herself attracted to their lawyer, Richard. George also finds out that Eileen is pregnant and he has to figure out how to deal with this. Meanwhile, their daughter, Rosalind, who once was in acting, has moved on and is engaged to a very nervous meteorologist, Howard. Rosalind was once involved with Paul, who helps direct and perform with George and Charlotte. To round things out, Charlotte’s mother, Ethel, serves as the seamstress for the troupe, a wantabe actress and never misses a chance to let George know how she feels about him, and it’s not good. George learns that movie director Frank Capra is coming to see one of their performances to see if they would be a fit for his movie, “The Scarlett Pimpernel”.  George thinks his performance of Cyrano de Bergerac would be perfect to perform and Charlotte and the rest of the troupe decide “Private Lives” would be better. Mix in a drunk George, perfect timing with actors and actresses running in and out doors and the plot thickens. This play harkens to Michael Frayn’s “Noises Off”, where perfect timing is required to pull off the overall effect of the play.  If this sounds confusing and ripe for a variety of calamities, you are correct and the calamities are hilarious. 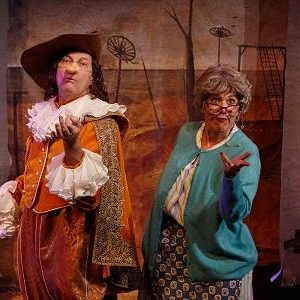 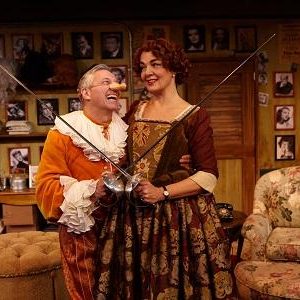 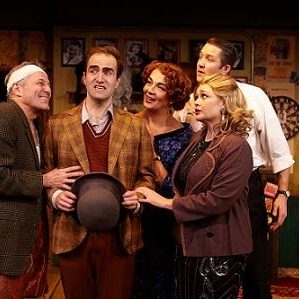 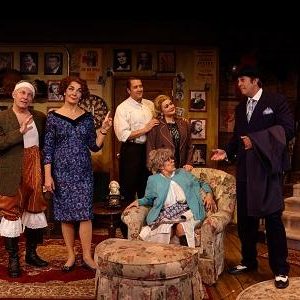 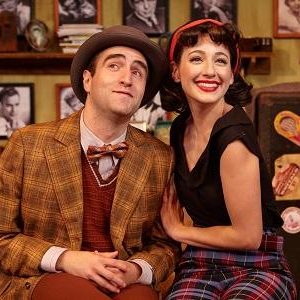 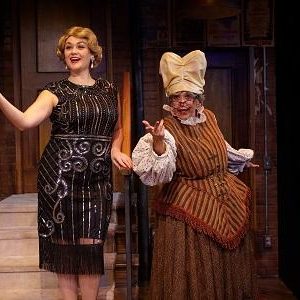 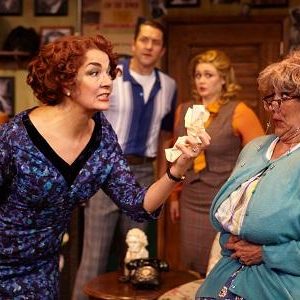 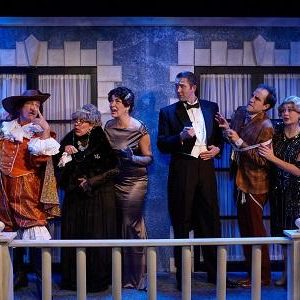 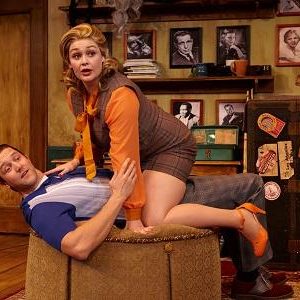 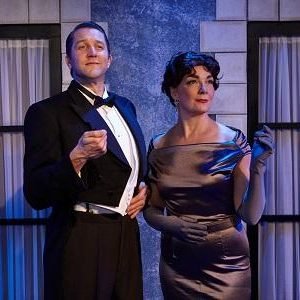 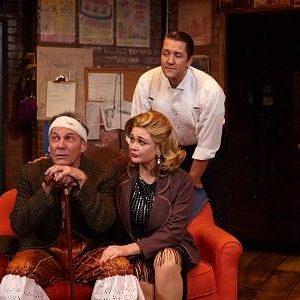 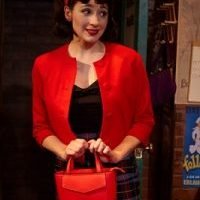 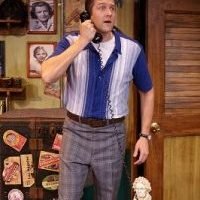 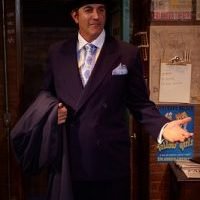 Playing George and making his NC Rep debut is Arthur Hanket. Arthur is perfect as the frustrated leader of this acting troupe and is wonderful in the demanding physical performance required for this part. He is a funny, yet sympathetic drunk and along with the other performers, his timing on stage is “spot on”. Playing his equally frustrated wife, Charlotte, is Katrina Ferguson, also making her NC Rep debut. Katrina presents Charlotte as a woman determined to get her way and to not let her husband’s mistakes stop her, yet she is confused by exactly the best way to do this. Playing daughter, Rosalind, and returning to NC Rep, is Jacque Wilke. Jacque’s roll also requires a bit of physical humor, and she handles it with ease. Her facial expressions explode on stage, especially in the play, “Private Lives”, the troupe performs for who they think is Mr. Capra.

Rosalind’s fiancé, Howard, is played by Arusi Santi, making his NC Rep debut. Arusi has the audience in stiches as the bumbling, nervous meteorologist engaged to Rosalind. Josh Braaten plays Paul, a member of the troupe and former love interest of Rosalind. Josh is another member of the cast making his NC Rep debut. An audience favorite is Roxane Carrasco as Charlotte’s mother Ethel. Ethel wanders in and out of the set, continually repairing George’s Cyrano de Bergerac pants. She doesn’t miss a chance to take pot-shots at George as well. Rounding out this hilarious cast is Matthew Salazar-Thompson as Richard, the troupe’s lawyer and love interest of Charlotte and Brittney Bertier as Eileen, love interest of George. Matthew is a returning NC Rep actor and Brittney is making her NC Rep debut.

The under lying theme of the comedy is one man’s belief that live theatre is important and has a place in the lives of people. But for those who see the comedy, the lasting effect is the humor, timing and fun this play will leave you with and that you will enjoy. “Moon Over Buffalo” will end on February 10th. Tickets are available at www.noorthcoastrep.org or call 858-481-1055.