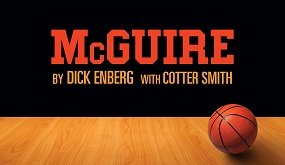 Dick Enberg to do Talkbacks After Each Performance

Dick Enberg, one of the most prominent and respected play-by-play announcers in network television history, with a career spanning more than forty years. will do a talkback with the audience after each performance. He is recognizable by his trademark exclamation, “Oh, my!” Mr. Enberg has garnered many awards and honors over the years.

“This is one of the most exciting things I’ve ever done,” Enberg said. “Writing in the first person, it was almost as if Al was standing over my shoulder saying, ‘No, Dicksie, I wouldn’t have said it that way, I would have said it THIS way.’ He was not only in my head, he was in my soul.”

According to David Ellenstein, Producing Artistic Director for North Coast Rep, “We are thrilled to have Dick Enberg and multi-talented actor Cotter Smith associated with North Coast Rep as we present this return.” 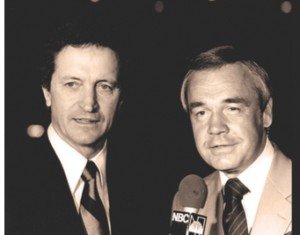 Dick Enberg will attend both performances for a talkback after the shows.  Tickets for these two performances are a fundraiser for North Coast Rep. Tickets are $50.

All those who saw Al McGuire lead the 1977 Marquette basketball team to the national championship knew him to be quite a character. Through MCGUIRE, renowned sportscaster and multiple Emmy Award-winner Enberg shares memories of his long-time colleague and close friend. Enberg’s play depicts why the philosophy of this uncommonly funny and profound man had such an important and lasting impact on so many.

CAST: Cotter Smith – Distinguished actor Cotter Smith reprises his role as McGuire in the North Coast Rep production. Smith’s New York theatre credits include the Broadway production of Wendy Wasserstein’s An American Daughter, Lanford Wilson’s Burn This and Paula Vogel’s How I Learned to Drive, as well as 10 years as a member of the Circle Repertory Company.  His numerous television and film credits range from his debut 25 years ago as Robert Kennedy in the mini-series Blood Feud to his more recent role as the President of the United States in the Twentieth Century Fox film X2: X-Men United. He is also the co-artistic director of the Cornerstone Theatre Company in Milwaukee.  Heidi Mueller-Smith, director and co-founder of the company, directs her husband in the play.

← PREVIOUS ARTICLE
Predjama – A Haunted Castle in a Cave

Judy Garland Reborn In Get Happy