Leliah “Lee” Elliott –Lee Elliott, formally of Vista and Valley Center, was born April 6, 1928 and went to heaven on December 30, 2020. She was preceded in death by her husband of 73+ years, Chet Elliott, who passed March 1, 2020. Both were laid in the Valley Center Community Cemetery.

Lee was raised in Canton, Ohio where she first met Chet at the age of 14. Soon after their wedding on July 12, 1946, it was Chet’s World War II injuries that brought them to Pasadena, California for his continuing treatment. They moved to Vista in 1956, and there opened a private CPA practice where Lee was Chet’s secretary for 30 years.

Lee and Chet were very involved in the Vista and Escondido Church of the Nazarene and later at the Valley Center Community Church. Lee held various local and district leadership positions in the mission’s programs at the Nazarene churches for 30+ years and for such she was awarded the denomination’s Distinguished Service Award. In Valley Center, Lee volunteered at the church’s Bible book store and served as mentor to many young Christian wives.

Lee and family lived in one of Vista’s original homes, Rancho Alta Vista, for 26+ years and opened their home to such activities as a sponsored city Christmas tour and the Vista High School Drill Team for a slumber party. Lee was a leader in the Santa Fe Elementary School PTA and served in the Vista High School Boosters. She and Chet loved going to the Friday night football games.

In all, Lee’s most important role was as an adopted daughter of God through her relationship with Jesus Christ as Lord and Savior. At her small gravesite service, limited because of the pandemic, Dr. Al Jones stated that Lee’s qualities of courage, compassion, wisdom, love, and hospitality were because she believed John 3:16.

Lee is survived by daughters Sherry Hoselton and Susan Elliott, granddaughters Sheray McKeown and Tiffiny Webster and husbands, and great-grandchildren Trey, Maile, Andrew, Dylan, Carter, and Grant. She is also survived by brother Harold, sisters Bonnie and Linda, and many nieces and nephews.

NEXT ARTICLE →
NCPC -Everyone Needs to Know About Fentanyl 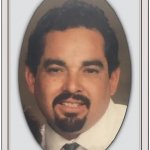 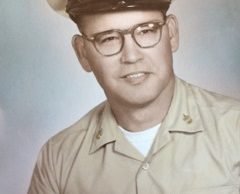