Mary Bernadette “Pat” Holzinger – December 5, 1933 – October 6, 2020
Pat Holzinger passed away at her home in Arcata, California on October 6, 2020. She was born in San Diego to her parents Mary and James Crock and was the eldest of six children. She attended Cathedral Girl’s High School and later graduated from San Diego State University where she was a member of Pi Beta Phi sorority. During college she met Carl Henry Holzinger and they were wed in 1954. They then moved to Vista where they raised their three children, Chris, Claudia and Curt. Both were educators in the local school district and they remained in Vista until Carl’s death in 1982. Pat subsequently moved to Encinitas where she lived for 30 years before moving to Arcata in 2013.

As a teacher, Pat was empathetic, but also ‘no nonsense’. She often worked as a substitute teacher, and sometimes taught special needs children at their homes. She loved cooking, baking, dancing, skiing, going to performances, traveling, and playing both bridge and scrabble. In some circles she became known as “Scrabble Pat” for her love of that game.

During her life Pat traveled widely, first with Carl and the kids making frequent local trips to Mexico, Anza Borrego Desert and San Elijo State beach. For years, a summer ritual involved several families camping together for a week at the beach. The 5 o’clock parent happy hour sometimes attracted the attention of the park rangers! Before the kids went out on their own, the family traveled all over North America and Europe. Later she and Carl visited Mexico, Spain, Morocco, Italy, and the Caribbean.

After moving to Encinitas, Pat continued making trips with the local Ski Club to Tahoe, Mammoth, and beyond; as well as a yearly boat house party on Lake Powell. She also traveled with close friends to places as diverse as China, Japan, Peru, and Argentina.

Pat loved the beach in Encinitas and generously shared her home there, hosting multiple parties, as well as just spending days together on the beach. She found great joy in her friends and large extended family, children, grandchildren, and great grandchildren. Pat was a strong independent woman, who was also incredibly supportive and ready with advice and help.

Moving to Arcata allowed Pat to spend more time with family in the area, and to be closer as her great grandchildren grew up. She also supported and immersed herself in the performing arts, taking dance classes and attending any and every cultural event she could. She was fond of her close neighborhood, and happy while tending her sunny garden. Pat made several new friends in town and enjoyed hiking and exploring the North Coast with them.

Pat shared in the lives of many people and will be deeply missed by family and friends. Her strong spirit and presence will live on. She is survived by her daughter and sons, Claudia Holzinger (Von Tunstall), Chris Holzinger and Curt Holzinger; her grandchildren Melonie (Troy) Parrish, Carl Coates and Mateaus Tunstall; her great grandchildren Hunter, Mallory and Ashton Parrish; her sister Margaret (Duane) Adams; sister Michele Reed; and a wide circle of cousins, nieces and nephews.

Family and friends are encouraged to view photos and to post memories and photos on her tribute wall at: www.Paulschapel.com. The family is planning to have a celebration of her life in Spring 2021.

Recognizing Pat’s generous spirit, the family suggests that any donations be made to Redwood Raks World Dance Studio in Arcata, where she attended classes and performances: www.redwoodraks.com 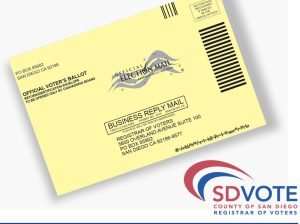