Warning: A non-numeric value encountered in /home/thevista/public_html/wp-content/themes/dailypress/include/breadcrumbs.php on line 54
Calendar >  Men Are From Mars – Women Are From Venus- Live!

Solana Beach, CA– The Off-Broadway hit comedy Men Are From Mars – Women Are From Venus LIVE!, featuring Ryan Drummond, is a one-man fusion of theatre and stand-up, and is a light-hearted theatrical comedy based on the New York Times #1 best-selling book of the last decade by John Gray. Moving swiftly through a series of vignettes, the show covers everything from dating and marriage to the bedroom.  This show will play at North Coast Rep on February 3rd and 4th  at 7:30pm. Tickets now on sale at www.northcoastrep.org or call the Box Office at (858) 481-1055.  Men Are From Mars – Women Are From Venus LIVE! is more than just the book.

After beginning in Paris in 2007, Men are From Mars–Women are From Venus LIVE! has been seen by more than one million people around Europe. It debuted in the United States in February 2013 in Raleigh, North Carolina and will be playing to audiences around the United States and Canada throughout the year.

This hysterical show will have couples elbowing each other all evening as they see themselves on stage. Sexy and fast paced, this show is definitely for adults, but will leave audiences laughing and giggling like little kids!

When Mars and Venus collide, the adventures are earth-shatteringly hysterical. It’s a great recipe for a night out: a little storytelling blended with some comedy and a dash of sage wisdom from the book. A delicious evening of entertainment! Tickets On Sale Now!

Since being published in 1992, John Gray’s “Men Are From Mars, Women Are From Venus,” exploring the differences between the sexes, has sold in excess of 50 million copies, been translated into 40 different languages and is one of the most recognizable titles in the world. Gray has written 17 books and become one of the most trusted relationship authors today, appearing on the national lecture circuit and on such TV shows as “Good Morning America,” “Oprah” and “Larry King Live.”

RYAN DRUMMOND -Born in Ohio, raised in Michigan, and now based in San Francisco, CA, Mr. Drummond is an actor, singer, juggler, mime instructor, and voiceover artist who feels that variety is the spice of a career. He has been performing his whole life, but is most proud of the fact that he has made a living exclusively in “the biz” since 1994. Remember 1994? Cell phones first started, “Pulp Fiction” was in movie theaters, “Friends” was in its first year on television? What a wild ride that lead us all here tonight!

​A graduate of Eastern Michigan University with emphases on Theatre Arts and Psychology,  Mr. Drummond has been in a world premiere play written by Aaron Sorkin (“The Farnsworth Invention”), made three albums with his acappella quartet (“The A.Y.U. Quartet”), became a certified trainer of Polish and French mime, juggled for orcas and otters at Sea World of San Diego, harmonized mid-ocean on Regency Cruise Lines, tried to audition for  “Pippin” and didn’t make the cheer squad in the movie Bring It On, nearly had his nose blown off by a confetti cannon in Kauai, Hawaii (hi ho the glamorous life!), appeared in many commercials (including one where Pat Sajak signed his forehead with a sharpie on the set of Wheel Of Fortune), made his national television debut on BAYWATCH alongside David Hasselhoff and Pamela Anderson, and was the original voice of  “Sonic The Hedgehog” in millions of videogames across the world for Sega Gaming Corp.

Mr. Drummond is a member of AEA, SAG-AFTRA, and AGVA, and distinctly remembers reading “Men Are From Mars. Women Are From Venus” as he was taking the train from JFK airport to Manhattan to appear on “The Rosie O’Donnell Show” back in December of 1998. Almost 2 decades later, here he is to tell you all about it!

The talented team assembled for this production continues with the award winning playwright Eric Coble, direction by Broadway veteran Mindy Cooper, and animation & video production by the talented animators at Bazillion Productions. 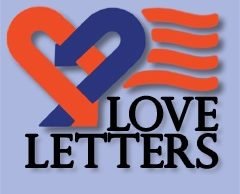 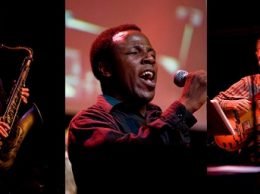