“The Roaring Lion,” as Churchill was nicknamed, should be familiar to most of us. Best known as a British statesman, he served as President of the Board of Trade and Home Secretary, First Lord of the Admiralty, Chancellor of the Exchequer, and Prime Minister of the United Kingdom during the war years of World War II.

When it comes to recognizing the relationship between difficulty and opportunity, Sir Winston Churchill can write a book… in fact, he did! A number of them.

Welcome Back Sundays!
We had a huge turnout this past Sunday for the return of our full breakfast menu. I expect the kitchen to stay with the full menu for the foreseeable future. It’s great having you back!

Tuesday Dinner
Dinner this coming Tuesday will feature Chicken Alfredo. For those of you that are interested, Tuesday night will also be Game 6 of the World Series between the LA Dodgers and the Tampa Bay Rays. It’s been an exciting series, thus far.

Also, Mel will be featuring an Italian Margarita drink special to go along with dinner. Don’t make dinner Tuesday night… come to the Lodge.

Friday Night Dinner
In my email last Monday, I made mention the need for reservations when coming to Friday night dinner. You responded beautifully and I just wanted to say “thank you!” We were able to prepare for all the Prime Rib and Lobster requests (and there were many!) because of your planning ahead and letting us know.

Keep up the great work. We appreciate your reservations!

Flash Event – Dinner and a Movie
We’ll be showing the Mel Brooks classic, “Young Frankenstein,” this Saturday night, which also happens to be Halloween.

Our kitchen will be featuring our new Flatbread Pizzas, along with chicken wings and other delights. Also, the bar will be doing weird and wonderful things with various healing waters.

There will be a special prize for the best costume of the night. We’re already wearing masks so you’re halfway there.

Time Change
You get an extra hour of sleep on Saturday night. Don’t forget to set your clocks BACK one hour. 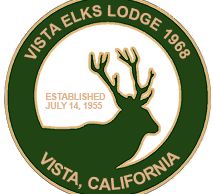 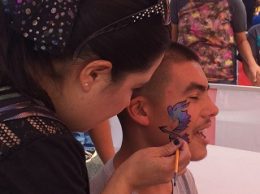 Flag Day with the Vista Elks 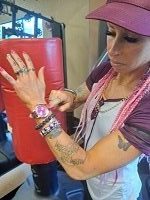