Thomas Calabrese — The Second Battle of Fallujah was code-named Operation Phantom Fury and occurred in November and December 2004. It was led by U.S. Marines and army units and was considered the highest point of conflict during the Iraq War.

Earlier in the year in February 2004, control of Fallujah and the surrounding areas were transferred from the 82nd Airborne Division to the 1st Marine Division. Shortly afterward on March 31st, four military contractors from Blackwater Securities—Wesley Batalona, Scott Helvenston, Jerry Zovko and Michael Teague were ambushed and killed in the city. On April 4th U.S. Marine Corps forces launched Operation Vigilant Resolve to take control of the city from insurgent forces.

By September, it became obvious that the local population was either unwilling or incapable of living up to their part of the agreement. Insurgent strength and control had grown rapidly and it was now a significant threat. Catching or eliminating Abu Musab al-Zaraqawi was now the highest priority. 5,000 enemy troops were now in Fallujah and under his command. Operation Phantom Fury was designed to weaken the insurgency in preparation for the Iraqi elections in January 2005. This engagement is also notable for being the first one to be fought solely against insurgents rather than forces of the former Ba’athist Iraqi Government, which was deposed in 2003. Fallujah was occupied by virtually every insurgent group in Iraq; al-Qaeda, Islamic Army of Iraq, Army of Mohammed, Army of the Mujahedeen, Secret Islamic Army of Iraq and various smaller Iraqi terrorist cells.

History has not been merciful to invading forces fighting a fanatical dug-in enemy in the maze-like infrastructure of its his own city. Hard lessons learned in the prior 18 months in battles across Iraq gave American leaders some valuable insights on how to prepare for the upcoming mission. Lt. General Thomas Metz determined that the enemy did not possess the emotional or physical stamina to fight 24 hours straight, day after day. The strategy was to continue non-stop until the mission had been accomplished.

Sergeant Dave Montgomery was a member of 2nd Force Recon and his team was assigned to 5th Marines for this operation. Lt. Colonel Scott Bellon, Intelligence Officer briefed the Marines and Navy Seals about their assignment, “Seal Teams Bravo, Delta and Charlie will take control of the hospital and hold it. Command wants to avoid inflated claims of civilian casualties that occurred during Operation Vigilant Resolve.  Recon teams Hotel and Kilo will take the new bridge, slightly to the south of the city over Highway 10. Sergeant Montgomery and Recon Team Lima’s assignment is the ‘Old Bridge’ that connects the city with the hospital. All three of these objectives are vital to the success of the mission, so hold them at all costs. Any questions or comments?” No one spoke up and Lt. Colonel Bellon’s parting comment was, “All the best to you, gentlemen.”

After Navy Seabees from I Marine Expeditionary Force (MEF) disabled electrical power at two substations located northeast and northwest of the city, two Marine Regimental Combat Teams launched an attack along the northern edge of the city. They would be supported by the 2nd Battalion 7th Cavalry, the 2nd Mechanized Regiment and elements of four army infantry battalions tasked with clearing buildings along the attack route.

Sergeant Montgomery and his twelve man team fought their way to the ‘Old Bridge’ at the break of day. When they reached the location, machine gun teams were situated at both ends of the span. Two snipers climbed high and found elevated positions with clear fields of fire. Sergeant Montgomery and other Marines took positions at the center of the bridge, directly beneath the place where the four American contractors had been hung.

The battle began to rage as soon as the sun came up and dozens of insurgents attacked at the ‘Old Bridge’ from both directions. The machine gun teams were more than up to the task and repeatedly drove the insurgents back with suppressive fire. Army gunships began firing at entrenched positions in the distance. A boat attempted a different approach by using the Euphrates River to attack the bridge. Sergeant Montgomery and the two snipers opened fire and the boat quickly sunk. The insurgents not killed by the initial burst of gunfire swam to shore and were terminated by the accurate shots from the Marine snipers. Dave tapped the railing of the bridge and said, “This is for you guys.” meaning Wesley Batalona, Scott Helvenston, Jerry Zovko and Michael Teague, the civilian contractors were killed at that very location.

The battle had intensified to the point where Sergeant Montgomery could not make it back to the ‘Old Bridge’ and was surrounded by enemy insurgents. Still reeling from the explosion, he made it to the Jolan neighborhood where the ferocity of fighting proved without a shadow of a doubt that the enemy was going to fight to the death. He could hear the insurgents yelling back at the interpreters using loudspeakers to encourage them to give up. “We will never surrender to the infidels!”

Army units began taking heavy casualties as mortar shells and rocket propelled grenades rained down on them as they exited their troop carriers. Sergeant Montgomery had lost his rifle in the river and only had his service pistol for protection. Moving toward the green-domed Muhammadia Mosque, he was able to shoot two insurgents. He took an AK-47 from one of the dead combatants and as much ammunition as he could carry. The insurgents were using the mosque as their command center and even after the Marines fought to take the strategic location, insurgents quickly mounted a counterattack, which the leathernecks repelled.

Corporal Penworth turned to Sergeant Montgomery as they fought side by side, “What’s your unit?”

Sergeant Montgomery couldn’t remember that  either so he looked at his dogtags, “Montgomery.”

A mortar landed nearby and Corporal Penworth was wounded in the leg. Sergeant Montgomery applied pressure to the wound and called out, “Corpsman!”

After he was sure that Corporal Penworth received medical attention, Sergeant Montgomery continued fighting alongside the other Marines, The United States Air Force provided close air support for the ground offensive, employing F-15 Strike Eagles, F-16 Fighting Falcons, A-10 Thunderbolt IIs, B-52 Stratofortresses, and AC-130 gunships to carry out precision airstrikes against enemy strongholds within the city. The Air Force also employed the MQ-1 Predator and the U-2 Dragon Lady high-altitude aircraft for intelligence collection, surveillance and reconnaissance during the battle.

The six battalions of Army, Marine and Iraqi forces moved into the city under the cover of darkness; and began the primary assault in the early hours of 8 November 2004. An intense artillery barrage began firing 155mm projectiles at enemy positions. This was quickly followed by an attack on the main train station. Sergeant Montgomery was still a Marine without a name or a unit, but his training was ingrained into every fiber of his being. In battle, a Marine is judged by his actions so nobody questioned this human fighting machine that just drifted in through the smoke and haze. The Marines were followed by the Navy Seabees who bulldozed the streets clear of debris from the bombardment earlier that morning. Shortly after nightfall on 9 November 2004, Marines had reached their main objective alongside Highway 10 in the center of the city.

While resting in the rubble of a bombed out house, Sergeant Montgomery saw the ‘Old Bridge’ in the distance and his memory started coming back in bits and pieces. He had suffered two non-life threatening wounds over the previous six days. The battle for Fallujah proved to be the bloodiest battle involving American troops since the Vietnam War. Comparisons with the Battle of Hue City of the Vietnam War and the Pacific campaign of World War II were made.

Coalition forces suffered a total of 107 killed and 613 wounded during Operation Phantom Fury. U.S. forces had 54 killed and 425 wounded in the initial attack in November. By 23 December when the operation was officially concluded, the casualty number for Americans had risen to 95 killed and 560 wounded.  The Red Cross estimated 800 civilians had been killed during the offensive.

Fallujah suffered extensive damage to residences, mosques, city services, and businesses. The city, once referred to as the “City of Mosques”, had over 200 mosques of which 60 or so were destroyed in the fighting. Many of these mosques had been used as arms caches and weapon strongpoints by Islamist forces. Of the 50,000 buildings in Fallujah, between 7,000 and 10,000 were destroyed in the offensive and two-thirds of the remaining buildings had notable damage.  Operation Vigilant Resolve and Phantom Fury also created 200,000 displaced persons. .

By the time Sergeant David Montgomery made it back to the ‘Old Bridge’ his memory had fully returned. He was extremely pleased to find out that none of his team had been killed or badly wounded. The mounting moments of mayhem in the Battle for Fallujah had become a lifetime of terror to some and a death sentence for others. As Sergeant Montgomery climbed onto the truck to return to the staging area for some much needed rest, he looked back at the ‘Old Bridge’ and once again saw the images of the four dead American contractors. He thought to himself that while he couldn’t bring them back, Operation Phantom Fury did a little to avenge their deaths. 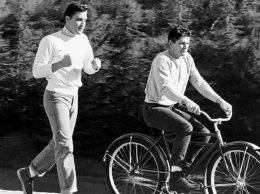 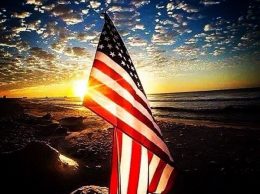 Love And Respect My Country 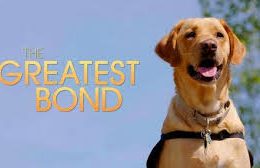 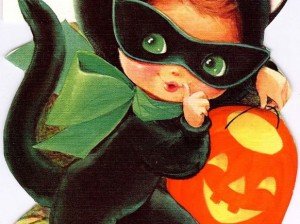 Treats And Traditions For Your Little Goblins