Warning: A non-numeric value encountered in /home/customer/www/thevistapress.com/public_html/wp-content/themes/dailypress/include/breadcrumbs.php on line 54
Calendar >  Mysterious Objects and Places in the United States – Part I

Mysterious Objects and Places in the United States – Part I

TR Robertson –Is one of you New Year’s Resolutions to travel more this year? If so, you might want to add a little adventure to your trip, if you are traveling to locations in the United States, by including stops in some of the locations listed in this article. There are numerous locations and objects in the U.S. that are surrounded in a variety of mysteries ranging from their origin to mysterious lights and sounds, to ancient legends, to tales of ghosts or aliens, to a myriad of other unexplained occurrences. Many of these spots are easily accessible and are free to explore or visit. There are a few that do require an entrance fee. Some of the sites you may just want to drive by and snap a picture or take a guided tour. The objects and places are not listed in any particular order. If you are visiting the states these places are located, look deeper into the object or place, and include the spot on your itinerary. For Part I the majority listed are in California.

Blythe Intaglios in California – Intaglios are geoglyphs. There are over two hundred of these gigantic human and animal figures carved into the Blythe desert region and are the only intaglios in North America. The Blythe glyphs were discovered in 1932 and are thought to have been carved by the Mohave or Quechans people between 450 to 2,000 years ago. The most famous geoglyphs in the world are the Nazca Lines in Peru.

Cecil Hotel in Los Angeles, California – Built in 1924, this nineteen story, 700 room hotel has been the scene of numerous violent acts, murders, and suicides. The hotel is said to be one of the most haunted hotels in the U.S. It is now used as a location for homeless residents in L.A. The hotel once was the home of Richard Ramirez, the Night Stalker, as well as the last known location of Elizabeth Short, known as the Black Dahlia, in a still unsolved horrific murder in L.A. It was also the inspiration for “American Horror Story: Hotel.”

The East Bay Wall – These mysterious crude walls and rock lines are also known as the Berkeley Mystery Walls. They can be found throughout the hills surrounding the San Francisco Bay area. No one knows who built them, when of why they were built.

Mount Shasta, California – This location is called a Cosmic Power Spot, near Redding, California. The spot is filled with mysterious UFO sightings, crystal caves, supposed underground military bases and said to be the home of Lemurians, surviving members of a sensitive super-race said to have existed 12,000 years ago when Atlantis was said to have existed. The area was part of a Center for the Study of Extraterrestrial Intelligence (CSETI) expedition.

RMS Queen Mary – Long Beach Harbor – This massive, retired ocean liner currently serves as a floating hotel, restaurant, and convention center. In WW II it served as a troopship called the Grey Ghost. The Queen Mary is said to be the world’s most haunted ship with various corridors and rooms occasionally visited by the spirits of those that died aboard the ship. Many people want to stay in Stateroom B340, where a crew member was murdered.

Bodie, California – This former gold mining town is now a state park, as well as an acclaimed ghost town. Stories say many have seen spirits roaming the streets, buildings, and the Masonic Cemetery. One story says anyone who removes a rock or a shard of metal from the town will be cursed. Tours are offered at various times with tales of the time Bodie was a thriving town.

Winchester Mystery House – San Jose, California – This massive mansion is the creation of one woman’s obsession and belief. Sarah Winchester, wife of William Winchester, who invested the Winchester repeating rifle, felt her husband’s invention resulted in the death of thousands and thousands of people whose spirits resented their deaths from the rifle. She felt their vengeful spirits had to be kept at bay and the only way to do this was to keep the carpenters and constructions workers working on the mansion 24 hours a day until she died. The house was purchased in 1886 and workers continued their work for thirty years creating a labyrinth of more than 160 rooms, two basements, 10,000 windows, 2,000 doors and stairs throughout the home, many leading nowhere. Tours are offered every day.

Redwood National and State Parks – Humboldt Redwoods – south of Eureka – these parks are said to have some of the creepiest trees of any of the parks in California. Humboldt is home to the rare Ghost Trees, called Albino Redwoods, with white growth throughout the tree giving is a mystical look. Bigfoot sightings have been seen since 1958 and the spirits of the Sinkyone People, said to be protectors of the forest, have been sighted throughout the forest.

Pt. Sur State Historical Park – Big Sur, Calif. –  Built in 1889, this historic lighthouse was established due to the considerable number of shipwrecks that occurred along the rock laced coastline. In 1935, the USS Macon airship went down, with two deaths from the crash, these two sailors, along with numerous others from other wrecks, are said to haunt the coastline below the light house. There are also stories that former lighthouse keepers and family members have been seen “roaming” the stairwells and hallways in the lighthouse. Tours are offered at various times during the year.

Skinwalker Ranch – Located in a remote corner of northeastern Utah. A couple moved to the 480-acre compound in 1994 and soon after began to witness a variety of unusual occurrences. The couple reported seeing “huge, otherworldly creatures, invisible objects emitting magnetic fields that sparked a cattle stampede, roaring underground noises and flying blue orbs of light with dazzling maneuverability and lethal consequences.” They also reported shape-shifting beasts and animal mutilations.

Oregon Vortex – Gold Hill, Oregon – This popular tourist attraction is the former gold mining outpost and is now called the House of Mystery. The main building measures 165 feet in diameter and is known for producing intense feelings of vertigo. Open since the 1930’s, people can see balls roll uphill, brooms stand on end and people appear to grow or shrink inside the centerpiece of the house. Many explanations for the phenomena exist, from gravity anomalies, a concentration of the Earth’s magnetic fields or paranormal presence. Animals refuse to enter the house. Native Americans refer to the site as Forbidden Ground. There is a charge for entering the area.

Sattva Sanctuary – Trout Lake, Washington – The base of Mt. Adams is a hotbed of UFO activity and the home of a ranch and spiritual retreat owned by James Gilliland. Gilliland is the founder of Enlightened Contact with Extra Terrestrial Intelligence and the Self-Mastery Earth Institute, open since 1986. Countless visitors, including an array of scientists, report they have seen numerous unexplained lights and objects, heard sounds and some report contact with extra-terrestrials. One unexplained mass of lights or craft counted as many as fifty objects. Reservations can be made to take part in witnessing the lights or other objects. It was 1947 when Kenneth Arnold was near Mt. Adams and wrote he had witnessed a UFO, coining the word “flying saucer”.

This is but a small sample of many of the places you can add to your list of places to see, especially if you are into the unexplained or paranormal. Some are just beautiful places to visit and experience, even if you are not into UFO’s, Bigfoot, or ghosts. More next time in Part II as we look at other states and the mysterious places they have.

NEXT ARTICLE →
A New Year At The Boys & Girls Club of Vista!

Mysterious Objects And Places In The United States Part II 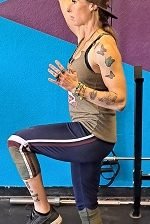