TR Robertson — North Coast Rep hit it out of the park for the opening play of their 38th Season with the Tony Award winning play by Peter Shaffer, “Amadeus”. Wonderful, emotional and moving performances by Tony Amendola as Antonio Salieri and Rafael Goldstein as Wolfgang Amadeus Mozart highlighted this story about the strained relationship between Salieri and Mozart and Mozart’s struggles with the Hapsburg Court. Shaffer’s play is said to over-embellish the rivalry between Salieri and Mozart, but the play stands by itself in presenting a brief look at the connection between the music of the 18th century Austrian court and the composers of significance in that court.

Peter Shaffer was an English playwright and screenwriter who wrote 19 plays in his lifetime, including turning 5 of them into screenplays for movies. His play “Amadeus” was turned into a movie in 1984 and won 8 Academy Awards including Best Picture and a Grammy for Best Classical Album. Shaffer also won Tony Awards, Drama Desk Awards, Golden Globe Awards, he was inducted into the American Theater Hall of Fame and was given numerous awards and honorary degrees. He passed away in 2016 at the age of 90. 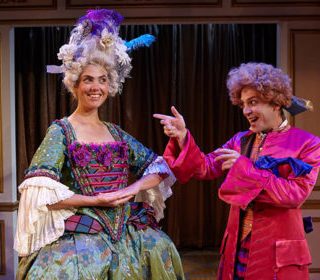 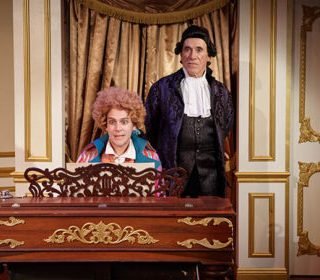 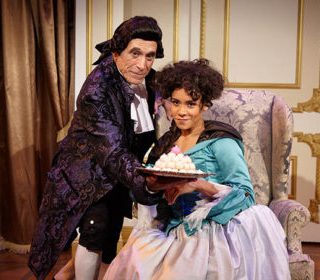 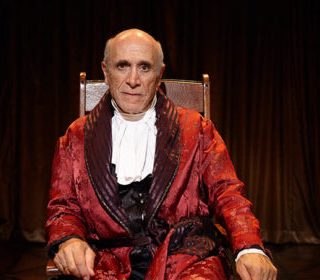 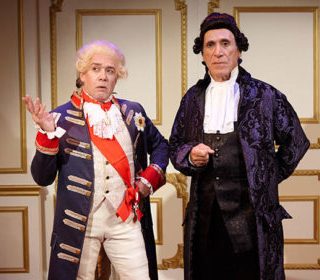 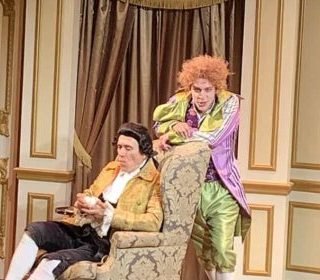 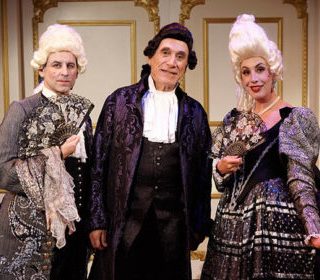 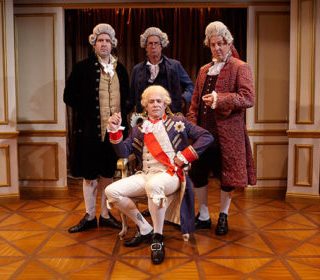 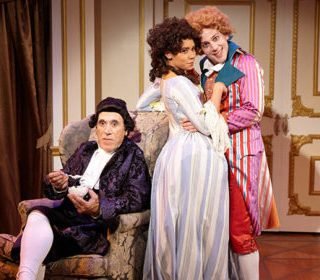 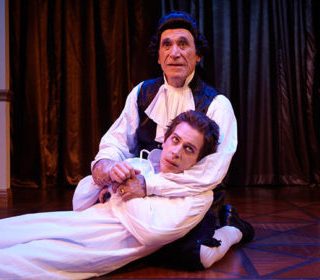 In Shaffer’s play, the zany, over-the-top antics of the exuberant Mozart play a major role in turning many in the court of Emperor Joseph II against him. He is considered too experimental and outside of the accepted norms of the musical style accepted by those on the court, although the Emperor does seem to give him a bit of lee-way in trying new styles. Surrounding this is the apparent jealousy of Antonio Salieri, the Italian composer serving on the court as the appointed director of Italian opera and the Austrian imperial Kapellmeister of the court. Salieri sees the creativity of Mozart, hates his impetuousness, flightiness and Mozart’s ability to take anything musical and immediately create something new. He tries his best to undermine Mozart at every turn, including subtlety turning the members of the court and the Emperor against Mozart and even considering seducing Mozart’s wife, Constance Weber, to blackmail her. It is suggested that Salieri even goes so far as to poison Mozart with arsenic, leading Salieri to a point of insanity, attempted suicide as he screams out he, Salieri, has become “the patron saint of mediocrity”.

What is most amazing is Mozart’s most classic musical pieces were warmly accepted at the time, but over time, Mozart’s work is remembered the most while Salieri, who was very popular and considered one of Italy’s greatest composers, has had his musical work slip by the wayside. Mozart died almost penniless while Salieri was considered one of the most sought after teachers for operatic voice for his time period. Historically, most agree Salieri actually admired Mozart’s work, even tutoring Mozart’s son and directing many of Mozart’s musical pieces after his death. Mozart died, apparently of a strep throat infection, in 1791, Salieri remained Kapellmeister until 1824.

Tony Amendola presents the conflicted Salieri with tremendous passion, empathy, arrogance and a dash of humor. Amendola has performed in numerous theatrical and television productions. The colorful, flamboyant, giddy and passionate Mozart is performed masterfully by Rafael Goldstein. It is hard to imagine what the Hapsburg Court must have really been like when Mozart was part of the musical scene. His laugh alone must have been set the court in a “tizzy”.

Playing Mozart’s wife Constance Weber is Kathryn Tkel, performing at NC Rep for the first time. As Constance, Kathryn presents her as a woman who tries to balance court life, appease her husband and at the same time struggle with their continually changing social situation. Louis Lotorto plays Emperor Joseph II. He has performed in “Amadeus” six additional times. He presents Joseph with a light hearted touch and for the play, Joseph’s classic line, “Well, there it is,” even has the audience joining in as the play moves into Act II.

The play stands alone as a study in jealousy, spite, and the old “blame game”, in this case blaming God for things beyond your control. This award winning play is a must see for any person who loves beautifully performed theatre with a great story. “Amadeus” will only be on stage at NC Rep until Sunday, Oct. 6th. Next up for NC Rep will be Neil Simon’s “The Sunshine Boys” beginning October 23rd. Tickets for NC Rep are available at www.northcoastrep.org or call 858-481-1055.

NEXT ARTICLE →
See Foxfire Opening Night, & Then Join Us For Champagne