Former Army Navy Academy alum Caleb Morris scored 4 points for the Air Force Academy in the 79-62 defeat of the Aggies of Utah State.  vs. New Mexico in the 65-58 loss, Caleb Morris scored 5 points.
Former San Marcos alum Johnny McWilliams scored 3 points for Fresno State as they fell to Utah Valley 64-60.  In the 73-53 win over San Jose the former Knight scored 13 points.  vs. Colorado State the Bulldogs won by a 78-67 win, McWilliams scored 3.
Former Vista product Taurus Samuels playing for Dartmouth vs. New Hampshire scored 1 point vs. New Hampshire in the 76-68 win and vs. Vermont he scored 3 points in the 73-59 defeat.
Former Mission Hills alum Khayla Rooks vs. Washington State in the 79-76 loss scored 3 points.  vs. Oregon in the 84-71 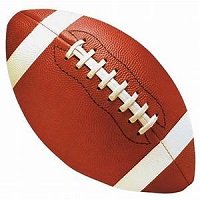 Lawrence Clear-Cut Favorite To Be First Pick In 2021 Draft