B.J. Coleman… The amateur barbers were out to harm all the hair on a few volunteer heads. And a couple of impressively hirsute beards were lost to the shavers too.

The event was a fundraiser staged by North County Supports Shelter To Soldier (NCSSTS) on Saturday, September 2. The money brought in from raffle ticket sales and meal purchases was slated to go to a nonprofit organization that provides service dogs free of charge to military veterans in need. 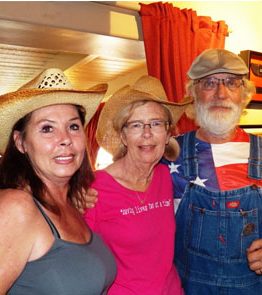 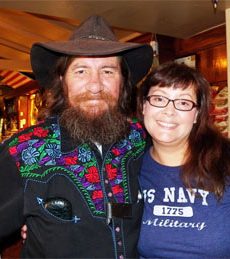 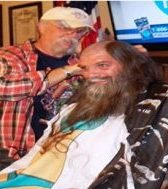 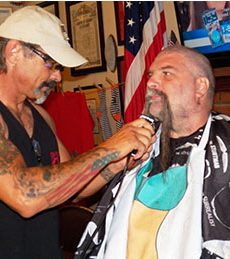 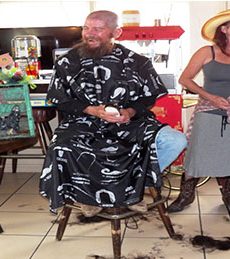 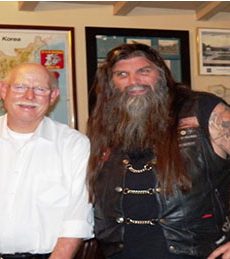 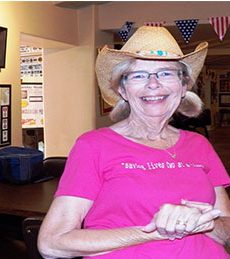 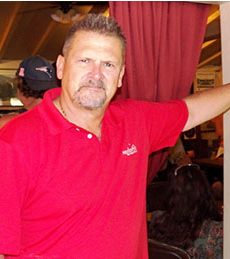 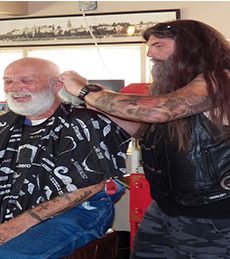 Photos by B  J Coleman

Daniel Humann spoke briefly and humorously as he waited to go under the shaver. Would he regret losing his long hair and beard? “I am getting a free haircut and shave,” he said. “And it’s for a good cause.” Would he miss his usual hairy appearance? “No,” he began, “I mostly let it grow because I’m lazy.”

After going temporarily hairless for the charity fundraiser, Humann described how he felt, saying, “I feel lighter.” And he laughed.

Joe Kuntz is now serving as American Legion Riders Chapter 365 President. Until Saturday, Kuntz had hair to the middle of his back and a fine beard. He challenged NCSSTS, that if the group could collect at least $10,000, he would agree to put his hair on the line to bring in more donations.

Proceeds from event will be delivered to Shelter To Soldier, which describes its organizational mission as “saving lives two at a time,” first by rescuing dogs at risk of being euthanized for lack of shelter space, and second by training and partnering those dogs as psychiatric service companions for recently separated veterans of military service, especially those diagnosed as experiencing post-traumatic stress, traumatic brain injury and depression. The number of dollars raised, yet to be completely totaled, had reached the NCSSTS fundraising goal for the year’s campaign.

The post-service casualty rate, according to the Veterans Administration, is loss of 22 to 23 U.S. military veterans committing suicide daily. Among homeless dogs, about 2.7 million are put to death annually, for scarcity of adoptive homes and shelter space. Those startling numbers inspired longtime dog trainer Graham Bloem and his wife, Kyrié, to found Shelter To Soldier in 2012.

On average, the care, boarding and training costs for each STS dog total $12,000. During this current fundraising year, NCSSTS set as the group’s goal to pay for one service dog for a veteran in need.

Information about NCSSTS can be acquired by email at NorthCountySSTS@gmail.com.