Warning: A non-numeric value encountered in /home/customer/www/thevistapress.com/public_html/wp-content/themes/dailypress/include/breadcrumbs.php on line 54
Calendar >  Old Globe’s World Premiere of The Gardens of Anuncia a Story of Strength and Fortitude

TR Robertson  — Indoor, in person audiences have returned to The Old Globe’s Donald and Darlene Shiley Stage in the Conrad Prebys Theatre Center as their newest production is a musical commissioned by The Old Globe, The Gardens of Anuncia. The world premiere of this musical features a book, music, and lyrics by five-time Tony Award nominee Michael John La Chiusa from a story inspired by the true story of the people who shaped the life of ten-time Tony Award winning, along with the 2020 Lifetime Achievement Tony Award, Argentine American dancer, choreographer, and theatre director Graciela Daniele. La Chiusa was inspired to create the musical after numerous conversations and meetings with Graciela and hearing the inspirational story about her early childhood in Buenos Aires, Argentina, and those that played a part in her personal involvement in the world of theatre, first as a performer and later as a choreographer.

The 90-minute musical uses a beautifully designed, very stylized set and wonderful lighting, to symbolize the Gardens Graciela loves in her life today, and a maze-like configuration that will feature various people appearing and disappearing through her early life. One amazing aspect of this production is the musical is directed and co-choreographed by Graciela Daniele, along with co-choreographer Alex Sanchez.

The Gardens of Anuncia begins with an older Graciela, played by Carmen Roman, working in her garden, bringing in a box we learn more about later, discussing her resignation about attending an awards ceremony to receive the Tony Award for Lifetime Achievement. Through discussions with the audience, we learn more about her life growing up in Argentina, and shown on stage through memory sequences, the women, in particular, that played a significant role in her early development, her mother, her aunt and her grandmother. A series of songs from each of these women and young Anuncia shows their relationship, “Listen to the Music” with Mami, “Waiting/Dreaming” with Tia (her aunt), and “Dance While You Can” with her Granmama. Younger Anuncia is played by Kalyn West, Granmama is played by Mary Testa, Mami is played by Eden Espinosa and Tia is played by Andrea Burns. We learn about each of the women’s disdain of Anuncia’s father who left them (referred to as That Man), her grandfather’s traveling spirit yet unusual relationship he has with her grandmother, Anuncia’s love of ballet which will play a major role in her life and the political unrest all of the family and people of Argentina are going through under the rule of Juan Peron. Peron led a military coup to become Argentina’s president in 1946, under the guise of helping the disenfranchised workers, but once in power his control became more dictatorial. Anuncia’s mother knows the only way for Anuncia to be able to achieve her dreams is for her to leave Argentina. Her mother spent three months in prison arrested for suspicious behavior. 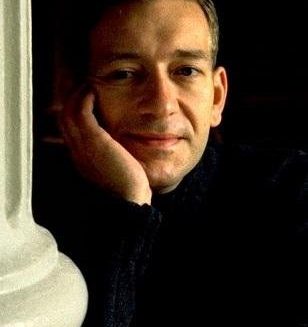 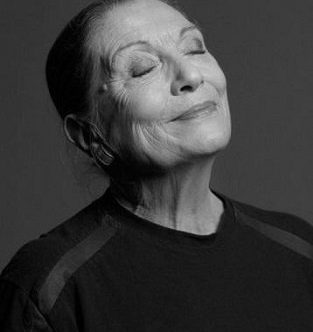 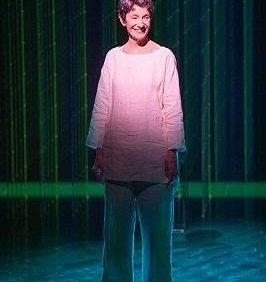 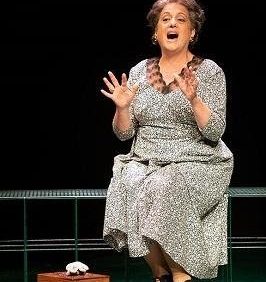 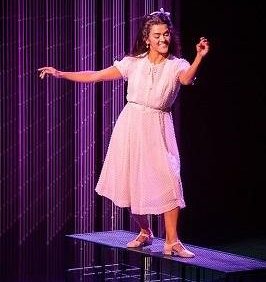 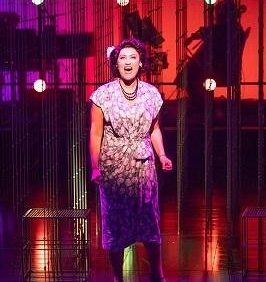 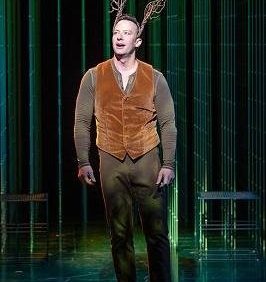 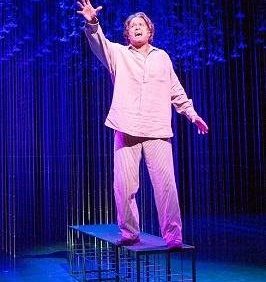 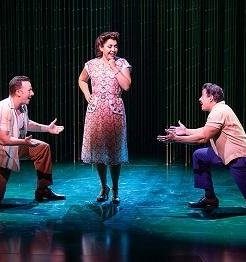 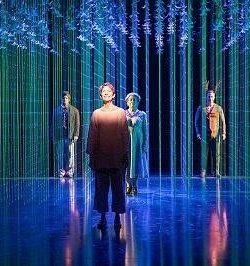 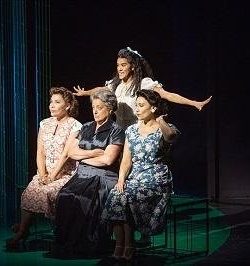 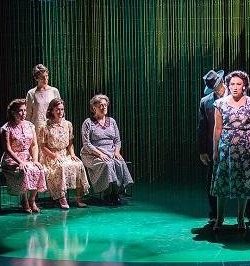 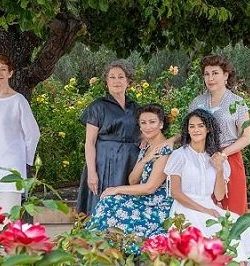 There are several beautifully and interestingly developed scenes in the musical. One is when Mami takes part in a romantically staged Tango dance with wonderful lighting. The Tango is something she loves to do to feel alive. Eden Espinoza, as Mami, sings a powerful performance of “Malaguena.” Another is an unusual scene with Older Anuncia and a deer that frequents her garden. The deer is humorously played by Tally Sessions, who also appears in a later scene as the deer’s brother, describing a sad tale of the life of the deer. An additional scene is with Anuncia’s grandfather, played by Enrique Acevedo, who plays a role in her life inspiring a love of travel, singing “Travel” with Younger Anuncia. Tia, Anuncia’s aunt, along with the Moustache Brothers, played by Enrique Acevedo and Tally Sessions, take part in a funny scene singing “Smile for Me, Lucia” as the brothers try to get Tia to go out with each of them. All these scenes come from the inquisitive questions from Younger Anuncia.

All Anuncia’s family play a role in her development and her final decision to go to Paris, encouraged by her mother, to continue her development as a ballet dancer, which will lead to a love of dance and choreographing dancers and a final move to New York and Broadway. The box Older Anuncia eventually buries in her garden contain the ashes of her Aunt Tia, an important woman in her early life. It is Tia that sings a song that Older Anuncia still believes today, “Never Say Goodbye.” The memory of her family will live on as long as she is alive and additionally, something The Deer tells her has remained with her since she found her true calling, “Dance While You Can.”

Assisting La Chiusa and Daniele is their Creative Team, many of them Tony Award winning behind the scenes production members. This include Scenic Designer Mark Wendland, Costume Designer Toni-Leslie, Lighting Designers Jules Fisher and Peggy Eisenhauer, Sound Designer Drew Levy, Orchestrations by Michael Starobin and the nine-piece orchestra was under the direction of Deborah Abramson. The Production Stage Manager is Anjee Nero.

The Gardens of Anuncia will be at The Old Globe until October 17th. Tickets prices start at $37 and can be obtained at 619-234-5623 or go to www.theoldglobe.org. There are COVID restrictions in place. Attendees must have a vaccination card or recent proof of a COVID test. Go to www.theoldglobe.org/plan-your-visit/covid-19-policy/ for more information.

NEXT ARTICLE →
Thank You for a Great Summer! 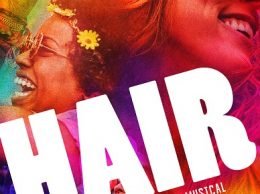