Print
The average age of a new recruit entering the military is 19 years old. They will have much shorter hair after their first day, learn to take orders quickly, learn a new way of life, eat fast, move fast without hesitation, become more muscular, get good cardio training, learn to march in step, become very alert, mentally sharp, and under normal circumstances are considered by society as men and women.

“They are not yet quite grown up or dry behind the ears, but physical conditioning, discipline, mental and technical training will make them into someone very few would want to mess with or meet in a combat situation.”

They are not quite old enough to buy a drink in a bar, but are old enough to die for their country. They never really cared much for the work they did or found a career, but they would rather wash & wax their own car than wash their father’s car. Most have never ever collected welfare or any form of unemployment either. They are likely a recent High School graduate or dropout with a G.E.D., and probably were just an average student.

They likely pursued some form(s) of athletic sports activities, drive about a ten year old car, and have had a steady girlfriend or boyfriend that either broke up with them when they left, or swore to be waiting for them when they return from half a world away.

Daily they listen to rock & roll, hip-hop, rap, jazz, swing, the sound of an AR-15 rifle, pistols, grenades, or a 155mm Howitzer. They are 10 or 15 lbs. lighter now than when they were at home because daily they are marching, exercising, working, training, moving, or learning to fight from before dawn to well after dusk.
They may have trouble spelling, thus letter writing is a pain for them, but they can field strip their rifle in less than 30 seconds, and reassemble it in the same time in the dark. They can recite to you the nomenclature of a machine gun, or a grenade launcher, and can use either very effectively, and very accurately.
They must dig foxholes, latrines, and can apply first aid much better than most. They can march until they are told to stop, or stop until they are told to march. They obey orders instantly and without hesitation, but they are not without spirit or individual dignity. They become very self-sufficient.
They have three sets of fatigues: one they wear, one they wash, and another if a spare is needed. They keep their canteens full and their feet dry to avoid blisters.
They sometimes forget to brush their teeth, but never forget to clean their rifle, or shine their shoes. They can cook their own meals, mend their own clothes, iron, dress their own sores or wounds after being trained.  If you’re thirsty, they’ll share their water with you, or if you are hungry, they will share their food. They’ll even split their ammunition with you in the midst of battle if you run low.
They have learned to use their hands like weapons, and weapons like they were an extension of their hands. They can save your life or take it, because that is their job now and they have been taught by experts.

They will often do twice the work of a civilian, draw half the pay, and still find ironic humor in all of that. Many have seen more suffering and death after one tour in battle in their short lifetime than anyone else would ever see in a lifetime.

They have wept in public and in private places, for strangers or friends who have fallen in combat and are totally unashamed to do so. They feel every note of the National Anthem vibrate through their body while at rigid attention, hat off, and hand over their heart – while restraining and tempering their burning desire to’ square-off’ with those around them who haven’t bothered to stand, remove their hat, or even stop talking during the music. In an odd twist, day in and day out, far from home, they defend the right of those offensive people to be negligent or disrespectful like they are.

Just as many of their high school buddies/friends or family have paid the price for our freedom too. Whether heavy bearded or not, they are grownups. They are the American Fighting Man or Woman who has kept this country free for over 200 years.

He or she has asked for nothing at all in return except for a little respect, understanding, health treatment, decent compensation, prosthetics for missing eyes or limbs, and perhaps some gratitude and support for their sacrifice for having to leave their family, friends, churches, and loved ones to do the unthinkable that many cannot or will not do.
Always remember our soldiers for they have earned our respect, admiration and gratitude for their sacrifices injuries, loss of blood or lives for protecting the USA and all those that they love.
And now we even have more women over there in danger, doing their part in this tradition of serving or going to war when our nation calls for many volunteers to meet the needs here or in foreign countries.

As you go to bed tonight remember this thought, what most soldiers have are memories, letters, phone calls, and pictures of loved ones inside their helmets or billfolds.
This is a prayer wheel for all of our military personnel. Please don’t break it. Please send this on after a short prayer.

The Prayer Wheel – ‘Lord, hold our troops in your loving hands. Protect them as they protect us. Bless them and their families for the selfless acts they perform for us and our country in our time of need. In Jesus Name I pray these things. Amen.’

When you receive this, please stop for a moment and say a prayer for our ground troops in Afghanistan, our Navy sailors on ships, and airmen up in the sky, and for all ground troops in Afghanistan, Iraq and all other foreign countries.  Of all the gifts you could give a US Army soldier, Navy sailor, Marine, Airman, or Coastguardsman – Prayer is the very best one.
Print 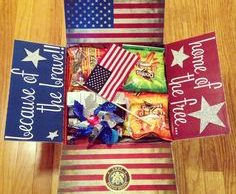 Military Honors Woman For Her Dedication 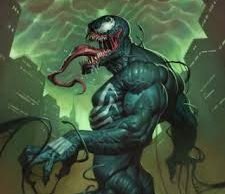