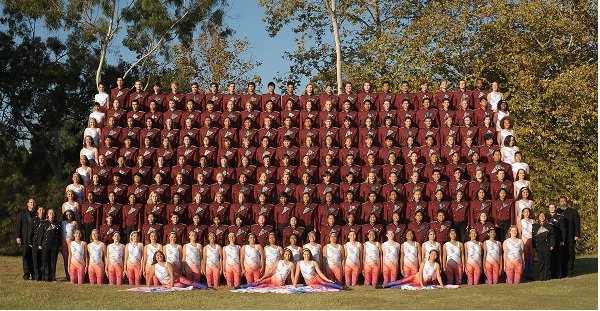 Ray Huard ….Tuba player Teresa Anderson felt from the start that this was going to be a special year for the Rancho Buena Vista High School Marching Band.

‘It’s like a really great achievement,” Teresa said. “We all worked so hard, and we’re all like a family, and to just be able to be known for something that we all love is just incredible.”

Band director Eric Weirather said that being chosen “has definitely been fantastic,” adding “I’m proud of my kids and their hard work. They deserve it.”

Drum major Taylor Anderson, 16, a junior who also has played the flute, said that band members just seemed to click.

“This year, in particular, our band has just been very motivated,” Taylor said. “I’m really proud of our band this year. We couldn’t have done it if all the members weren’t devoting hours and hours to this program.”

Senior Mason George, 17, said he and others who are in their final year with the band, “can’t quite comprehend” being named the top marching band in the county.

Mason attributed the band’s winning performance to teamwork and collaboration among veteran players and newbies.

“The staff and the students just coordinate so well, and a lot of the upper classmen were able to teach the lower classmen,” Mason said. 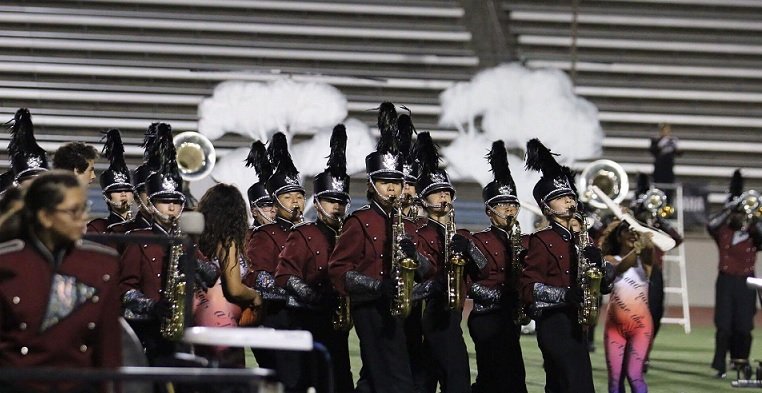 In presenting a winning performance, the Rancho Buena Vista Marching Band does a lot more than march.

“We always like to tell a story, to draw the audience in to what we’re doing,” said Weirather, who’s been at Rancho Buena Vista for 17 years. “It’s all about the audience, making sure it’s a very entertaining show.” 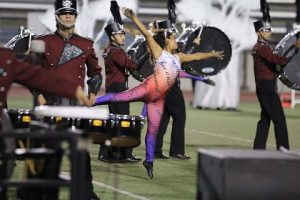 This year, the band’s performance, entitled “Once Upon a Time,” told a “storybook tale,” in which band members created an actual storybook prop with the help of band parents, Weirather said.

During the performance, which featured an appearance by three witches, “Our color guard would come in and out of the storybook,” Weirather said.

Ending with a quote, “good always overcomes evil,” the performance “was kind of a traditional children’s story,” Weirather said. “A lot of people fell in love with the show, including the students.”

In addition to being chosen Marching Band of the Year, the Rancho Buena Vista band has received several other awards this year, winning tournaments throughout Southern California.

“Our hard work has paid off a lot,” said senior Emilia Spagnuolo, 17, who performs in the band color guard. “We’ve had a really successful season.”

Emilia said that this year’s players built on the work of those who were in the band in previous years.

“I always tell the color guard that each class before us has contributed to putting us where we are now,” Emilia said. “We get to enjoy the fruits of their labor.”

It’s been about 10 years since Rancho Buena Vista was last honored as marching band of the year, Weirather said.

“It’s not about winning for us, it’s about the experience for the students and their hard work and their work ethic,” Weirather said. “The other thing that does make our school special is our parents, we have amazing parents.”

Looking ahead, Weirather said that he may enter the band next year in the competition to be in the annual Tournament of Roses Parade. He said Rancho Buena Vista last marched in that parade in 2003.

“It’s a whole heck of a lot of work, but I think it’s good to do it,” Weirather said.

He’s also looking for more opportunities for his students to perform.

“We’ve gotten a lot of exposure, that’s really my goal, to get out in the community, and let as many people as possible hear the kids’ hard work and musicianship,” Weirather said. “If somebody wants us to play for something, we very rarely say no, especially if it’s for a good cause.”