Escondido jumped out to a 14-0 lead on 2 Rob Ramos passes of 29 yards to Dom Febela and 13 yards to Cayden Kelly with the PAT’s good.
The defending CIF Section Champs cut the Escondido lead to 14-7 as Cael Patterson, son of head football coach Jason Patterson, rushed for 120 yards scored the first touchdown game on a 29 yard with the PAT good.

Rob Ramos known for his passing ability threw 3 touchdown passes in a row of 55, 61 and 54 yards to Tajae Brooks put Escondido up 35-8.
Orange Glen came back with a touchdown of their own as qb Ethan Villalobos threw a 16 yard pass to Cael Patterson for 16 yards as he had 11 receptions for 144 made the score 35-15.
Escondido followed with the quarterback’s 4th touchdown pass for the Cougar connection of Rob Ramos who threw for a school record of 451 yards and 6 touchdown passes and connected on an 81 yard strike to Tajae Brooks, 5 receptions for 281 yards to go up 42-15.
The Patriots followed with 2 touchdowns in a row as quarterback Ethan Villalobos scored on a 23 yard run and connected his second pass to Cael Patterson for 27 yards.
The Cougars scored their last touchdown as quarterback Rob Ramos scored on a 19 yard run to make the final score 49-29 in favor of Escondido.

Head Coach Jud Bordman of Escondido High School:  “Our guys were ready and challenged for a great city rivalry game from a great Orange Glen team, the defending CIF Champions, we didn’t take them lightly but this was an important game on our part, our defense did well tonight against Orange Glen better than last week’s performance against Hilltop.”
“Quarterback Rob Ramos did a well with passes throughout the game, he settled down and believed in the athlete that he is and did a great job.” said Coach Bordman.

Head Coach Jason Patterson of Orange Glen:  “We didn’t execute well tonight like we did last week vs. Waimea we moved the ball but couldn’t finish, quarterback Ethan Villalobos looked for the good plays as in the almost completed passes that we had but we dropped the ball. Our squad will grow from it and move on, in the second half I felt that we executed well off the ball and thought it was going to be a high scoring shootout. I thought that we were going to come out on  top.” 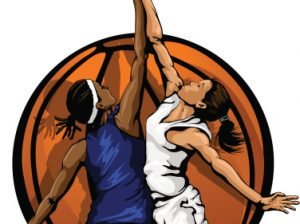