Warning: A non-numeric value encountered in /home/customer/www/thevistapress.com/public_html/wp-content/themes/dailypress/include/breadcrumbs.php on line 54
Calendar >  Roustabout Theatre Co. “No Way Back”

Roustabout Theatre Co. “No Way Back”

San Diego, Calif. – The Roustabouts Theatre Co. continues its successful Main Stage streaming season with the world premiere of NO WAY BACK, winner of the company’s 2018 Solo Show Contest. Written by Mahshid Fashandi Hager, this harrowing tale is based on her experience as a 10-year-old fleeing Iran with her family during the Islamic Revolution in 1979. Her family’s secret escape out of the country will keep you on the edge of your seat until the very last scene.

By the end of 2019, more than 79 million people worldwide have been forced to leave their homes due to violence. Among them are nearly 26 million refugees, around half of whom are under the age of 18. “What would make these families take such tremendous risks? Why did they leave their homes, with their young children in tow, journeying into the unknown? Was there really no other option? These are the questions I have spent a lifetime answering for myself,” Hager says. The therapist-turned-writer had her short story,  “No Way Back” published in the “Shaking the Tree – brazen. short. memoir” anthology from San Diego’s 2017 Memoir Showcase. It caught the eye of Phil Johnson, a co-founder of The Roustabouts, who encouraged her to expand her experiences into a theatrical piece.

For Jessica John, who portrays Mahshid, the story has particular resonance. Her Assyrian grandmother also had to flee her wealthy, carefree life as a child, enduring not only the terrors of a genocide, but the deaths of her mother and brother. She, too, found herself in a strange new world, living a life of poverty and unending work as an elementary school  “cafeteria lady,” and bewildering loneliness.

“I think there are a lot of people who think that immigrants are poor and uneducated and are ‘lucky’ to be here and a burden on our country,” she observes. “But my grandmother had been wealthy, educated, and happy in her own country.  She had lived a beautiful life, until she literally had to flee for her life. She loved this country because it represented freedom and protection, not because she hated her own culture and background and wanted to live like an American.  In fact, she was incredibly proud of that culture and background.

“I love the way Mahshid’s script gives us a glimpse into the beauty she and her family had to leave behind.  I found it such a moving story of struggle, loss, survival and triumph.

I honestly pray that I did the piece justice… for Mahshid, for my grandmother, and for all the other immigrants who leave so much behind on their journey to freedom and hope.”

Various talkbacks will be presented. Topics include “Living in Iran Today” with Ms. Hager and Bita Hamidi, an immigration lawyer;  Ms. Hager, Ms. Hamidi, and Anita Casavantes Bradford, professor at UC Irvine, on the refugee experience in America; and Ms. John relating her family’s similar experience leaving their Assyrian homeland.

More information about the upcoming virtual presentation of NO WAY BACK, please visit www.theroustabouts.org.

← PREVIOUS ARTICLE
Unveiled Starts Friday! Get Access For Only $15 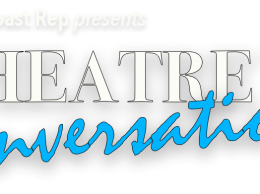 “A Christmas Carol; As Told by One Man to Whom It Matters”