Race Archibald, Summer Staff Writer — The Hooks entered the eighth inning down 4-2 and they had been struggling at the plate all day thanks to a strong start from Wild starting pitcher Jaycob Olvera (Mt San Jacinto).

As the Hooks (11-9) have done multiple times this season, the bats came alive late and they took the lead to defeat the Wild 5-4 on Tuesday. Mike Jarvis (San Diego State) would hit the go-ahead RBI single in the eighth to cap the comeback.

“The last at-bat I’d been getting blown out,” Jarvis said. “I was a little late and my timing was off, so this time I was trying to be early.”

Jarvis was the seventh batter at the plate for the Hooks that inning, as RBI from Gonzaga’s Austin Schroeder (double) and South Mountain’s Garrett Bevacqua (single) led to the tie score of 4-4.

“The team lit up at the end,” Jarvis said. “We started slow, it had been awhile since we played our last game. We grinded it out and the pitchers did well.”

The start for Olvera lasted six innings, and he gave up two runs on five hits. The Hooks were within one after Zach Smits’ (New Mexico State) RBI single in the sixth, but DJ Downen’s (Mt San Jacinto) sacrifice fly in the bottom half of the inning gave the Wild a 4-2 lead.

“We stayed in the game,” Hooks Head Coach Audie Afenir said. “There was a little rust in the beginning, but we had good at-bats late.”

It was the tenth game in a row the Wild scored first. Zach Seghal (Stanford) opened the scoring for the Wild, with an RBI double in the second. Downen sent Seghal in on an RBI single to give them an early 2-0 lead.

Brandyn Lee-Lehano (Hawaii at Hilo) pitched the ninth inning for the Hooks and struck out all three batters he faced to earn the save, his third of the summer.

Schroeder was the only Hooks player to have multiple hits, and he led the team with two RBI.

Jarvis improved his batting average to .371 on the summer in 62 at-bats, with six RBI and 19 runs scored.

The win gives the Hooks four wins out of their last five, and puts them two games ahead of the Long Boarders (9-11) in the Sea Division, and in the driver’s seat to earn a first round bye in next week’s playoffs.

“It’s always good to get some rest,” Jarvis said. “Getting our pitchers healthy and ready to go, we’re looking forward to it.”

Evan Lepak, Summer Staff Writer — The Wild held revenge on its mind after a demoralizing loss to the Waveriders in which coach Joe Becht’s team were left paralyzed at the plate in a 5-1 defeat on Saturday.

Monday’s rematch between the two teams held different results as the Wild regrouped to launch itself above .500 after a dominating 7-2 win at Christian High School.

“I think our offense is too good to put up only one run in any type of game,” Becht said. “They knew that and came out swinging today… We came back right away and put (the loss) behind us.”

The Wild (10-9) wasted literally no time putting that disappointing performance behind them, scoring seven runs in the first three innings at the plate against Waveriders (9-12) starter Dylan Delvecchio.

Wild catcher Vincent Martinez (Stanford) was responsible for three of those runs, thanks to an RBI single in the first and a two-run base hit in the second. He led his team in hits and RBI on the day, going 2-for-4 with the three RBI.

Wild starter Eric Waldichuk had been virtually unhittable over his last two appearances coming into Monday, giving up no runs and just two hits over five innings on the bump. The two-way player from Williamette University (OR) dazzled for six innings, shutting out coach Niko Holm’s team while surrendering only three hits. He struck out six and earned his third win — the first as a starter — on the mound.

“Waldichuk’s been great,” Becht said. “He’s been really efficient, keeping his pitch count down and throwing multiple pitches in the zone. He was perfect for us today, couldn’t have been better, honestly.”

The Waveriders bullpen did its job after Delvecchio was relieved in the fourth by throwing five innings of no-run baseball behind a collaboration from Ryan Lachemann (Saddleback Community College) and Keanu Walkush (San Diego Christian College).

The bats stayed dormant from an offensive standpoint though, until the ninth inning when a two-run blast from first baseman Easton Rex (Shoreline Community College) spoiled the shutout attempt.

At that point, it was too late, and the Waveriders would go on to suffer only their second loss in seven games.

With the playoffs starting next week, in what should be a wide-open bracket, the Wild are building some confidence and feeling good about the position it’s in.

“I’m feeling great about everything,” Becht said when asked how he feels about the rest of the season. “We should have some healthy arms, and have everyone back for playoff time… I’m loving the attitude of the guys, and I think we’re geared up for a good little playoff run here.” 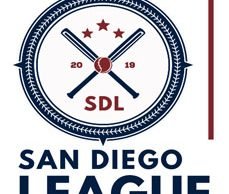