TR Robertson — This summer has been a musical history journey at various San Diego County theatre venues beginning with Lamb’s Players “Million Dollar Quartet” followed by San Diego Musical Theatre’s “All Shook Up” and now a vibrant presentation of the story surrounding the most iconic recording studio ever in existence, Gold Star Recording Studio, in San Diego Repertory’s world premiere of “33 1/3 – House of Dreams”. The jukebox musical is actually a historical jukebox musical as it lays out the beginnings of this amazing “House of Sound”, the musical inventions and adaptation the recording studio became famous for and the unbelievable array of recording artists and musicians that passed through the doors on their way to musical fame. San Diego Repertory, along with students from the San Diego School of Creative and Performing Arts, bring to life an array of musical rock stars as the story of the beginning and life of Gold Star unfolds on stage.

The musical is the written by San Diegans Jonathan Rosenberg and Brad Ross with contributions from Steve Gunderson and Javier Velasco. Direction and choreography is handled by Velasco with musical direction and arrangements from Gunderson. Ross is the son of Stan Ross, the lead engineer and mentor at Gold Star, and along with partner David S. Gold, who custom designed the recording studio and the famous “echo chamber”, put the small independent recording studio on the musical map. Gold Star Recording Studio was located at 6252 Santa Monica Boulevard one store away from Vine Street in Hollywood. The name comes from Gold’s last name and the Sta(n) R(oss) of Stan Ross’s name. 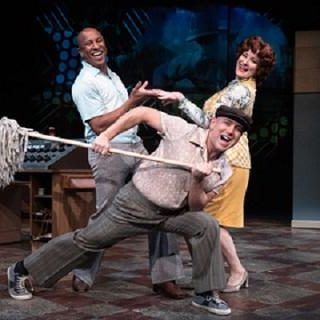 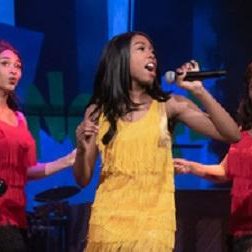 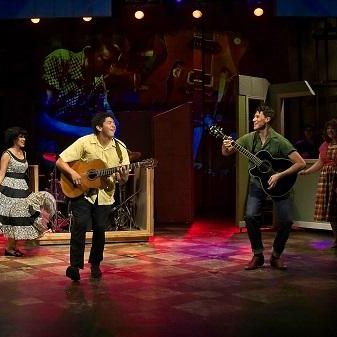 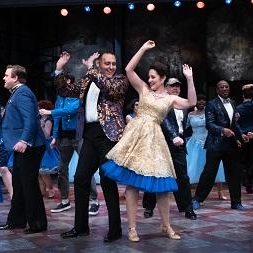 The recording studio was founded in 1950 when Gold and Ross were teenagers and would stay operational until 1984. During this time more that 100 Top 40 hits were recorded at Gold Star. It was the first independent “color blind” studio, where more songs of the Century and Grammy Hall of Fame winners recorded their songs than any other independent studio of that time period. Brad Ross, a dentist by trade, wanted to create something to honor the success and creative genius of this father. Along with Rosenberg, a psychologist, radio personality and songwriter, they have put together a unique story that allows the audience to relive memories of some of the most significant stars of the music industry that passed thru the halls of Gold Star Recording Studios.

Stan Ross is played by Nicholas Mongiardo-Cooper, a veteran actor making his SDRT debut and has performed in numerous regional theatre productions. He, along with Jacob Caltrider, as Dave Gold, present flash backs centering on the trials, tribulations and successes Gold Star had over the years. Caltrider has performed in other Rep shows as well as a number of other local theatre performances. As Ross and Gold they show the creative conflict that the studio struggled with as well as how they dealt with the personalities of the artists they worked with. One particular artist is Phil Spector, played by Collin Leydon. Leydon is making his San Diego Rep debut. He shows the volatility and creative nature of Spector, who was an inspiration to many of the other performers, before falling on harder times when he grew older. Spector loved Gold Star and developed his famous “Wall of Sound”, with Gold and Ross, which would be used by artists like the Righteous Brothers and the Ronettes.

Playing Ross’s wife, Vera, is Aviva Pressman, making her San Diego Rep debut and playing Mitzi, Gold’s wife, is Bethan Slomka, a Craig Noel nominee and San Diego Rep veteran. Both showed the effects the studio had on their lives as they worked at Gold Star and also dealt with their home life. Other actors and actresses portrayed a number of roles on stage. Bear Manescalchi is Sonny and others, Michael Parrott is Larry and Bobby Hatfield, Christine Hewitt plays Mrs. Moskowitz, Lola and Tina, Sky Frank portrays Eddie Cochran and others, Ron Christopher Jones is Brother Julius and others and Michah Fong is Angela. A funny presentation of William Shatner, singing “It Was a Very Good Year”, is by Dave Rivas, a San Diego Rep veteran.

Accompanying these actors and actresses is thirteen students from the San Diego School of Creative and Performing Arts who portrayed a number of music icons like Ritchie Valens, Cher, Brian Wilson, Iron Butterfly, Sherrill Paris and others. One stand out performance is Janae Parson who presents a wonderfully high energy performance as Tina Turner singing “River Deep Mountain High”. These students have great stage presence, provide assistance with the numerous set changes, tremendous voices, many play instruments and we will be seeing many of them in future performances in theatres around San Diego. Thirty-two songs will be heard in part or in entirety during the musical, many performed by the CPA students.

The music for this this musical comes from a 21 piece orchestra under the direction of Tamara Paige and Associate Music Director Bill Doyle. Jacob Bader stays busy as the onstage pianist for many of the numbers. Scenic Designer Sean Fanning, Costume Designer Jennifer Brawn Gittings, Lighting Designer Phillippe Bergman, Sound Designer Matt Lescault-Wood, Projection Designer Blake McCarty, Wig Designer Missy Bradstreet and Stage Manager Mark Stevens, with assistance from additional behind the scenes personnel, providing a smooth, flowing presentation of the changes throughout the years Gold Star went through.

The jukebox musical is an informative, highly entertaining presentation of the musical history of a recording studio, that began as a small demo studio, grew to one of the most important recording studios in the nation and the music so many of us have grown up with. It was the significant starting place for people and groups like Hugh Masekela, Herb Alpert, Neil Young, Buffalo Springfield, Brian Wilson, Jimi Hendrix, Sonny and Cher and so many others. It was also the birth place of Alvin and the Chipmunks and the unusual sound for their voices as well as the first time Iron Butterfly would play the entire 17 minute and 5 second version of “In-A’Gadda-Da-Vida”. Gold Star would produce the music for Punk groups, Jazz groups, all girl groups and the list goes on. In the early 80’s they would feel the pinch of the rise of the cassette player, a switch from 33 1/3 vinyl records to 45’s that could be played in jukeboxes and an unwillingness of Gold and Ross to switch recording styles to the new technology that was beginning to flow into the recording industry. The recording studio would close its doors in 1984 and burn to the ground that same year. Today there is a strip mall located where this incredible part of Rock and Roll history use to be.

The music is memorable and will bring back “I remember that song” memories, the large cast and action on stage will keep you entertained and the presentation is a great tribute to significant people in the historical background of Rock and Roll and the music industry. “33 1/3 – House of Dreams will be on the San Diego Repertory Theatre stage until August 25th. Tickets are available at 619-544-1000 or go to www.sdrep.org. Next up for San Diego Rep is the return of Hershey Felder presenting “Hershey Felder as Monsieur Chopin”, beginning on September 3rd.

For more information about Gold Star go to www.goldstarrecordingstudios.com, but see the musical first.