SACRAMENTO – The California State Senate today approved Senate Bill 141by Senator Patricia Bates (R-Laguna Niguel) that would improve the safety of California’s communities by requiring all inmates convicted of a sexually violent offense to be administered a comprehensive risk assessment before their parole hearing.

“I appreciate the strong bipartisan support today to ensure that every inmate convicted of a sexually violent offense and eligible for parole receive a public safety risk assessment,” said Sen. Bates, a former social worker. “Hopefully the Assembly will feel the same way and send my bill to Governor Newsom’s desk.”

SB 141 requires the California Board of Parole Hearings to consider the results of a “comprehensive validated risk assessment for sex offenders” for inmates that have a prior conviction for a sexually violent offense before their parole hearing. The assessment specifically tests for an inmate’s likelihood to engage in sexually violent behavior. Sen. Bates partnered with San Diego County District Attorney Summer Stephan’s office to author the bill.

As the Legislature continues to expand the possibility of early release of inmates sentenced to life terms, SB 141 provides additional assurance that the people the state is releasing into local communities do not pose a public safety risk.

SB 141 is inspired in part by a San Diego man who was convicted of murder and rape with a foreign object in 1989 and is now eligible for parole. When the San Diego D.A.’s office contacted the California Department of Corrections and Rehabilitation for a risk assessment, they were informed that he would not be given one if granted parole because he was sentenced to an indeterminate term. The inmate previously was committed as a Mentally Disordered Sex Offender (MDSO) to Patton State Hospital for previous crimes, has been diagnosed with sexual sadism, and was convicted for a sexually violent offense that otherwise qualifies him to stay behind bars.

SB 141 will head next to the Assembly for its consideration.
Senator Patricia Bates (R-Laguna Niguel) represents the 36th Senate District in the California Legislature, which covers South Orange County, North San Diego County, and Marine Corps Base Camp Pendleton.

NEXT ARTICLE →
﻿Let’s Honor – and Help – our Veterans 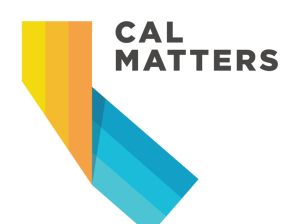 “California’s Confused Fight Against the Coronavirus”