“Assembly Bill 5 took a sledgehammer approach to an employment problem that required a scalpel, which consequently hammered many Californians who truly wish to remain their own bosses,” said Senator Bates. “The Legislature can begin to fix some of AB 5’s flaws by helping California’s newspapers and journalists continue to operate normally as they have in our state. Passing my legislation will help preserve quality journalism in many communities.”

Senator Bates introduced Senate Bills 867 and 868 to address separately the concerns of newspapers and freelance journalists. Both bills are currently pending referral to Senate policy committees.

Newspaper publishers argue that AB 5 would eviscerate the newspaper industry because it relies on the independent contractor model to distribute newspapers. Most who choose to distribute papers on behalf of publishers do not wish to be full-time employees. As independent contractors, carriers can work for multiple newspaper publishers and create flexible work schedules. If left unfixed, AB 5 could eventually lead to the closing of many local papers by saddling them with additional costs they cannot afford.

Senate Bill 868 (Bates) – SB 868 would exempt freelance journalists from AB 5, which has severely affected many of them. AB 5’s curious restriction of limiting freelance journalists to just 35 stories a year if they wish to remain an independent contractor has led to many people losing income opportunities. AB 5’s author admitted that the 35-submission figure was subjective, saying “Writing bills with numbers like that are a little bit arbitrary.”

For example, Vox Media, which owns SB Nation, has ended contracts with about 200 writers about California sports thanks to AB 5. Just 20 people will become new part-time and full-time staffers for the blog site.

About AB 5 (Gonzalez, 2019) – AB 5 codifies and applies retroactively the 2018 California Supreme Court’s landmark decision in Dynamex Operations W. v. Superior Court, which prohibits independent contracting unless very restrictive conditions are met. The bill is supposed to solve misclassification of some employees by requiring all companies, including media outlets, to hire independent contractors as workers.

However, AB 5 has jeopardized the livelihoods of many Californians who argue that the new law does not account for their unique working conditions and their desire to be independent. Senator Bates voted against AB 5 in the Senate last year saying that “it undermines the principle of equal treatment under the law and deprives many Californians the right to be their own bosses.”

She co-authored Senate Bill 238 (Grove) last year that would have allowed Californians to remain as independent contractors if they so desired. Unfortunately, the Senate Labor Committee blocked SB 238 on a partisan vote. Senator Bates and her Senate Republican colleagues also offered 12 sets of amendments to AB 5 during the last week of the 2019 legislative session to address the concerns of the many workers who did not receive an exemption. 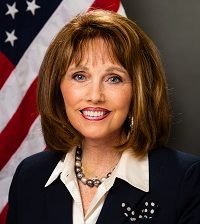