“As a former social worker who once worked in communities ravaged by drugs, California must do more to save people from fentanyl-related tragedies,” said Senator Bates. “That is why I am partnering with Orange County Sheriff Don Barnes and legislators from both parties to help increase law enforcement coordination. A task force would help maximize existing resources and improve communication among various agencies.”

SB 75 is nearly identical to Senator Bates’ SB 1395 that she introduced in March 2020 with Sheriff Barnes’ support. She did not pursue SB 1395 due to the Legislature’s focus on responding to the COVID-19 pandemic.

Sheriff Barnes said, “Fentanyl continues to pose a substantial risk to our communities. As a state we must enhance our efforts to reduce the prevalence of this opioid from our communities. The current trend of rising fentanyl-related deaths is unacceptable. SB 75 will put us on the right path to reversing this trend by holding drug traffickers accountable.”

Besides the Attorney General, SB 75 specifies other task force members to include representatives from the California Department of Justice, California Highway Patrol, and the counties of Los Angeles, Orange, Riverside, San Bernardino, and San Diego. The bill would require the task force to make recommendations and report findings to the Department of Justice and to the Legislature regarding the fentanyl crisis in Southern California.

Fentanyl is a synthetic opioid that is 50 to 100 times stronger than morphine. Illicit producers add fentanyl to heroin to increase its potency, or to disguise it as highly potent heroin. Many users believe they are purchasing heroin and do not know they are purchasing fentanyl – which often results in overdose deaths. Fentanyl is a very dangerous substance because it only takes a few milligrams to cause respiratory depression, overdose, and possible death.

The OC Sheriff’s Department has seen a sharp rise in the seizures of fentanyl over the past five years. The amount of fentanyl seized by the department teams was zero in 2015, increasing each year to a total of 169 pounds in 2019. Two milligrams of fentanyl can be lethal. Therefore, 169 pounds would be enough to create more than 38 million lethal doses – roughly equivalent to California’s population.

Fentanyl does not only endanger its users – it also puts first responders and the public at risk. The Orange County Register recently reported that suspects allegedly dumped fentanyl during a traffic stop that triggered a hazardous materials alert and sent the suspects and six officers to area hospitals to be examined.

Assemblymember Cottie Petrie-Norris (D-Laguna Beach), Assembly Republican Leader Marie Waldron (R-Escondido), and Senator Melissa Melendez (R-Lake Elsinore) are co-authors of SB 75. The Senate has not yet set a hearing date for the bill.

Senator Bates also authored SB 161 (2019), SB 1103 (2018), SB 176 (2017), and SB 1323 (2016) to add fentanyl to a category of dangerous drugs that are subject to penalty enhancements based on the weight an individual possesses for sale or distribution. The Senate Public Safety Committee refused to approve the bills on partisan votes with the exception of SB 1323 in 2016, which ultimately died in the Assembly Appropriations Committee. 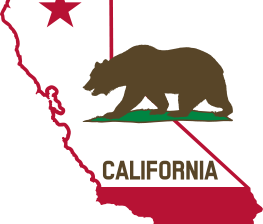