Print
SACRAMENTO – Senator Patricia Bates (R-Laguna Niguel) today responded to the release of Governor Jerry Brown’s 2016-17 budget proposal:“The Governor should be commended for heeding Republican priorities to protect educational opportunities for students, further pay down debt and build the Rainy Day Fund. We must continue to do these things to ensure that California has a bright future.

“While his budget includes a proposal to improve our state’s bad roads, we must do more to reform government and streamline existing transportation spending to provide the long-term funding that our roads need. Californians should not be burdened with unfair tax increases and fees to pay for years of inaction. It appears the Governor’s transportation proposal is basically the same proposal that failed last year. There is much work to be done to create a bipartisan consensus that can become law this year.”

Senator Patricia C. Bates (R-Laguna Niguel) is Vice Chair of the Senate Appropriations Committee and a member of the Senate Transportation and Housing Committee. She represents the 36th Senate District in the California Legislature, which covers southern Orange County, northern San Diego County and Marine Corps Base Camp Pendleton. 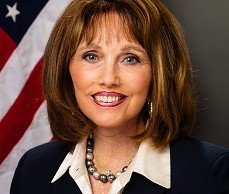 Senator Bates To Comment On Vote Regarding Fentanyl Trafficking Bill