Vista, CA — The country’s craft beer revival over the last few years has breathed new life into communities in the form of tourism and economic development.  One of those communities is Vista, which is home to one of the most successful and concentrated brewery districts in the US by some accounts.

In fact, Vista has the most breweries per capita than any other US City – 20+ and counting – from its historic downtown to populated business parks, Vista.

There are several reasons why the City of Vista – known as the center of “Hops Highway” – has become a catalyst for the craft brewing industry.

For the past decade, Vista has included breweries in its economic development plan, which has paid off in a big way in terms of increased tourism, jobs and more. Vista’s cluster of breweries – which are spurring more commercial development – also draw a younger crowd and create a more vibrant community where families can plant roots and small businesses can thrive.

Many local craft brewers cite Vista as having plenty of space, reasonable rents, and friendly and supportive City staff. The City even worked with local brewery owners to create the Vista Brewers Guild, whose mission is to foster a better working relationship between the City and the growing number of local breweries.

In 2019, the City of Vista won a CALED Award of Merit for spurring economic growth for its support of local craft breweries. The “Gamechanger” Award by the California Association for Local Economic Development (CALED), identifies an impactful economic development project that proved to be transformational to the community and local economy.

“We have worked to create a welcoming environment for local brewing entrepreneurs. By doing that, we believe that Vista’s distinct brewery district has been a boon for residents, visitors and the overall business community and region,” said Vista Mayor Judy Ritter.

We are honored and excited that San Diego beer fans recently chose Vista as “Best Craft Beer Community” in the region in a recent San Diego Beer News poll, and that Vista also took the silver for best craft beer community in the industry polls.

Meanwhile, Vista’s Eppig Brewingbrought home the most wins with 15 (nine of which were gold), including being named the best brewery in the northern region in both the industry and fan polls.

Vista is working to bring beer fans even more options. In fact, the City recently welcomed Co-Lab, a first-of-its-kind shared brewery, winery and restaurant, which opened admistd the pandemic this year.

“We have been incredibly fortunate in that we have outgrown our first home in Miramar,” said Pure Project’s Co-Founder Jesse Pine, adding that the brewery will keep its Miramar Tasting Room and brewing facility.  “After five years there, it was time to branch out and find a larger facility that would allow us to expand brewing operations, and the Vista space will do just that.  We’re planning to increase production from 4,000 barrels per year to over 10,000 in the next few years.”

Pure Project is finishing construction on the interior space with hopes of being fully open in July. The brewery’s outdoor patio opened for dining April 8. All of the hours and details can be found at @purebrewingvista on Instagram.

“The City of Vista has been very accommodating to work with thus far and we look forward to a prosperous and mutually beneficial long-term relationship with the city,” Pine said.

“With more than 20 craft breweries calling Vista home, we couldn’t ask for a better community to join,” Pine said. “We are looking forward to learning more about the people and businesses that make up the Vista community.”

Pure Project  joins the ranks of other Vista-based sustainable companies, including Dr. Bronner’s and Misadventure Vodka.

“We’re excited to be another place where people can come to in  Vista to relax and have a thoughtfully crafted beer,” said Pure Project’s Co-Founder Mat Robar. “Hopefully, we can also spark conversation with our customers and neighbors about our sustainability initiatives – like how we partner with local, biodynamic and sustainable farms, offset our carbon and plastic use, and work hand-in-hand with environmental non-profits. We’re really excited about the ways we’ve been able to reduce our brewery’s environmental impact and hope that inspires others to take action both personally and professionally.”

Vista’s carefully crafted plan to attract such companies and breweries is what sets the city apart from all the rest. So says Kris Anacleto, CEO of Booze Brothers Brewing Co. which opened in Vista in 2013.

“I think Vista saw an opportunity that many other cities later realized,” Anacleto said. “Plenty of other cities were very apprehensive and unsure of what the brewery industry would bring to their area.”

Over the years, Anacelto said, the City of Vista has worked closely with all breweries to add allowances for tasting rooms, longer hours, live music, and accommodations for food trucks.

“A lot of people might not know that the City of Vista took more time to understand the industry’s needs and how it might accommodate them. “As a business owner, there are just far fewer headaches to deal with in Vista. That has attracted so many businesses to open up shop here, which then makes our smaller city a destination for patrons. Weekday patrons are usually more of the ‘regulars,’ but weekends you tend to see a lot of brewery tours and what not.”

Like many fellow brewery owners, Anacleto and his Booze Bros. partners have felt the negative impacts of the pandemic. But, thanks to the City’s and patrons’ support, he said, the brewery has managed to weather the storm.

“As for the pandemic, obviously we’ve had a rough time with the constantly changing conditions, but we’re not going anywhere,” he said. “Our private event side of the brewery took a massive blow, but we spent our available time getting Pizza Bros off the ground, and that’s been huge for our brewery during this.”

It’s evident that craft beer’s impact has been a positive one on Vista and the San Diego region. In addition to economic benefits and establishing a sense of place, successful breweries are a huge draw for “tourism on tap.”

As California continues to open up post-pandemic, Vista is sure to welcome more craft beer aficionados as the City continues to grow its award-winning brewery cluster.

“As our craft breweries, wineries, distilleries and craft kombucha makers continue to thrive so will our community,” Ritter said. “These breweries attract people to our Downtown and business parks, as well as help spur other needed economic development in our city.”

← PREVIOUS ARTICLE
How Much Do You Know About Food? Part 3 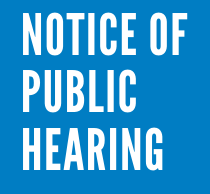 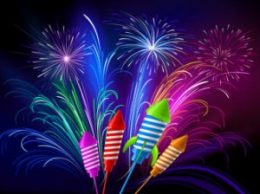