Unfortunately, politics has divided many people and families, but on the 20th anniversary of those horrific attacks, we must put aside our differences and stand in solidarity, as Americans, to remember all those who lost their lives on September 11th, 2001. From the firefighters and police officers who bravely stormed into the Twin Towers, to the passengers on United Flight 93, their courage is unimaginable.

On the morning of September 11, 2001, I sat numb, and stared, like all Americans, not yet comprehending the impact this would have on all our lives. I reflected on my time in the Navy, and how our brave military personal must be feeling the days after 9/11. Conversations of war and the geopolitical consequences of a terror attack on American soil would have.

Everyone remembers where they were when they saw the event unfold. My 9/11 story occurred in an unusual place, thousands of miles away from the tragedy that swept our nation. Some of you may know this, but for 35 years, I was a pilot for Delta Airlines.

I’ve spent thousands of hours in the cockpit, going all around the world and on September 9th, 2001, I was at the helm flying from Los Angeles to Honolulu. On the morning of September 11th, I woke to a call from the captain who told me to turn on the TV. It was unusual for the captain to call, especially just a few hours before I was supposed to fly back to Los Angeles.

For the next 5 days, our hotel became a hub for Airline crews and pilots all over the world. We received daily briefings and updates, not knowing when we would be able to return home.

September 11th is a day we must never forget. In the face of a horrific tragedy, there were many heroes and people who gave their lives to protect others. We must never take our freedom for granted.

Free Pfizer and Johnson & Johnson vaccinations, as well as COVID-19 testing, will be provided at the event with no appointment necessary.

The number of COVID-19 cases has risen over the last month, in part due to the growing prevalence of the Delta variant. Thankfully, those ending up in the hospital are decreasing. There will be free COVID-19 testing in North County, for those who need, or want to get tested.

Who Wants to Set a World Record?

Earlier this week, I had the pleasure of speaking to the Greater Escondido Chamber of Commerce. We had a great discussion about COVID-19, SANDAG, homelessness, and many other issues in our region. 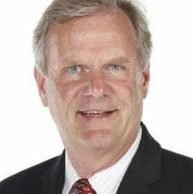 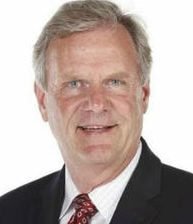