Loading...
You are here:  Home  >  Calendar >  “Sweat” Leaves Nothing Untouched Emotionally on the Lyceum Stage

“Sweat” Leaves Nothing Untouched Emotionally on the Lyceum Stage

TR Robertson — Pulitzer Prize winner, Lynn Nottage’s play, “Sweat”, currently on the Lyceum Stage presented by the San Diego Repertory Theatre, is a powerful, emotional, tragic, and very relevant presentation of the economic turmoil of the early 2000’s that still continues today in many areas of the United States affecting numerous American families. The play takes audience members to Reading, Pennsylvania, in the years 2000 and 2008, to a local bar hangout for a number of friends, many of whom work at the Olstead Steel Mill. These friends and acquaintances will ride a tumultuous emotional roller coaster as they all deal with the severe economic upheaval that struck America in early 2000 and would continue through 2010. The play will not only deal with economic issues, but it will look at gender bias in the work place, racial tensions, substance addiction, worker vs employer issues, ethnic bias, and family dynamics. 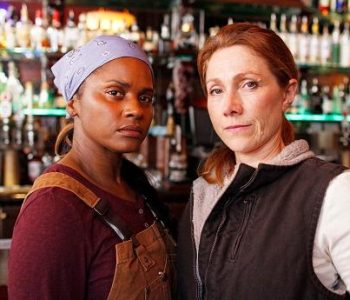 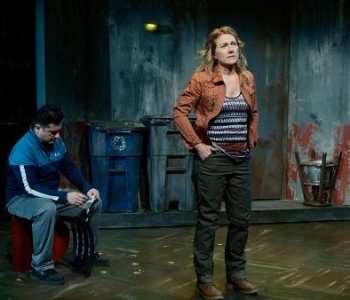 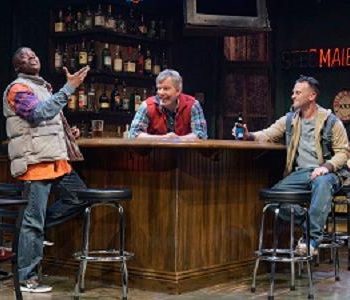 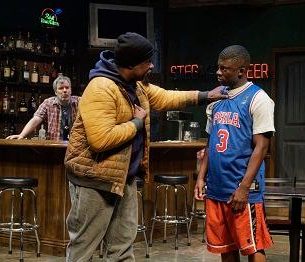 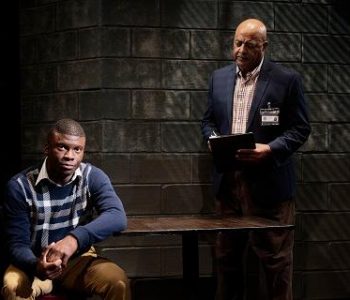 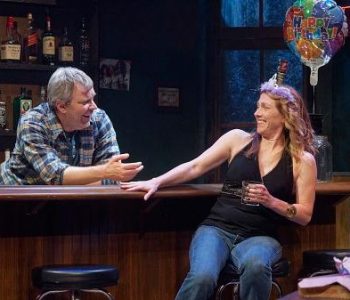 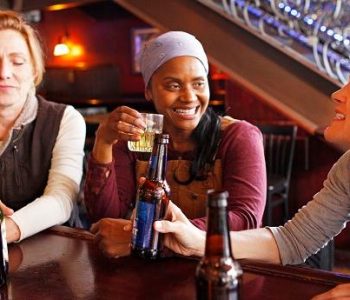 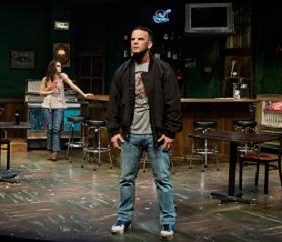 Playwright Lynn Nottage spent two years interviewing citizens in Reading, Pennsylvania, a town once voted the “Poorest Town in the United States”. At one point, in Reading’s economic life, the city’s poverty rate was 41.3%. In developing the play, Nottage would use the economic downturn beginning in 2000, the bursting of the tech bubble, the slow decline in the housing market, the further implementation of the NAFTA policies leading to increasing economic threats to businesses in the U.S., the rising unemployment rate in the states and a massive decline in the Stock market leading to the NASDAQ crash, all culminating to what is now referred to as “The Great Recession”. This was most severe economic crash since the 1920’s. Over 600,000 Americans would lose their jobs from small businesses during this time and numerous small businesses and a variety of company’s would close.

Nottage’s 2 ½ hour play, counting intermission, uses 14 quickly paced scenes, each depicting a specific month and date, covering the years 2000 and 2008. Many of the scenes take place in a fictional bar in Reading, Pennsylvania, which is the hang-out for a group of friends and family members that work in the Olstead Steel Mill. The play begins in October 2008 and alternates between a meeting with a young man named Jason, a white supremist when we meet him, and Chris, a young black man, as they each meet with a parole officer named Evan. They have both been released from 8 years in prison, but it is a mystery as to why they were behind bars. The discussion of the meeting centers on, what you are going to do with your life?

The next few scenes will begin in January 2000 and will take the audience thru July 2000 to end Act I. We will meet the hard drinking, hard partying patrons of a local Reading bar. Tracey, we will find out, is Jason’s mother. Both mother and son are employed by the steel mill. Tracey’s husband has passed away. Jessie is an optimistic, very funny drunk friend who also works at the mill. Cynthia is an outspoken, black woman, also employed at the mill and separated from husband Brucie, who is a recovering addict and unemployed. We also meet the bar tender Stan, a former mill employee who was injured on the job and his employee Oscar, of Columbian descent, and working as the bar janitor. The three women find out the mill has brought in someone to interview potential candidates for a floor manager and Cynthia and Tracey express some interest. Cynthia will be appointed to the management position, which will lead to tension between the friends.

As each scene begins, the date appears as a projection above the ba,r followed by one line of news relating to the particular month and year. The news will become more depressing as the play goes on. The audience is soon introduced to Chris and Jason, in year 2000, both mill employees. Chris wants a better future for himself and Jason is more interested in buying a Harley motorcycle. Chris is Cynthia and Brucie’s son. Act I ends in July 2000 with Chris and Jason rushing out to find out if there is any truth to the rumor that machinery has been secretly moved out of the steel mill. Act II begins again in 2008, one scene with Jason trying to borrow money from Tracey, who appears high, and one scene with Chris returning home to his mom Cynthia, telling her he has turned to religion to find inner peace. In 2008 the steel mill is closing down. Switching back to August 2000, the mill workers are on strike and things are starting to change at the mill, and not for the better. As Act II develops, matters will turn from bad to worse. Oscar, Stan’s employee, has found out the mill is seeking workers, for lesser pay, to cross the picket line. Oscar sees a chance to make more money for his family. This will lead to a tragic escalation in November of 2000 and an uncomfortable ending in October of 2008.

The cast chosen for this play was perfect for the emotionally draining presentation, each giving stand-out performances to this tense story that embodies many scenes that must have really taken place during the economic meltdown of the early 2000’s. Judy Bauerlein plays the out-spoken Tracey, whose family history traces back generations working for the steel mill. Hannah Logan plays Jessie, a lovable member of the group who drinks a little too much. Monique Gaffney plays Cynthia, the aspiring steel mill worker who wants something better for herself and is caught between friendship and the corporation. Steve Froehlich plays Jason, the young man who lets his emotions get the best of him, much to his demise. 2017 Craig Noel Actor of the Year Cortez L. Johnson plays Chris, a young man who is also emotional, but who sees a light at the end of the tunnel, if he makes the right decisions, but finds it difficult to break away from those he loves. Jeffrey Jones plays bartender Stan, a man who has seen the best of times and the worst of times and watches as it all passes in front of him again.

Playing Oscar is Markuz Rodriguez. As Oscar, Markuz doesn’t have a lot of speaking parts, he blends into the background, Nottage’s point, but when he speaks, Oscar has a lot to say. Matt Orduna plays the down on his luck Brucie, a man you want to root for, but you just can’t bring yourself to be in his corner. Brucie seems to want the best for his son, but can’t seem to do the right things to help out. The Parole Officer, Evan, is played by Antonio T.J. Johnson, also a Craig Noel Award winner.

“Sweat” opened on Broadway in 2017, after premiering in 2016. The play was a finalist for the 2016 Edward M. Kennedy Prize for Drama and won the 2017 Pulitzer Prize for Drama. As we read each day about various companies closing their doors, primarily due to the rise of internet purchasing, families all over the nation may be going through the anguish of a family member losing a job. Tracy says, “Do you know what it’s like to get up and have no place to go?”