Warning: A non-numeric value encountered in /home/customer/www/thevistapress.com/public_html/wp-content/themes/dailypress/include/breadcrumbs.php on line 54
Calendar >  Taking a Vacation in a COVID-19 World Part 4

Taking a Vacation in a COVID-19 World Part 4

Seeing the Beauty of Big Sur and the Santa Ynez Valley –

TR Robertson– The final stop on our 10-day adventure to Big Sur and the Santa Ynez Valley found us in a beautiful townhouse within easy walking distance to downtown Solvang. This Danish style village has several unique shops and other attractions centered around a three to four block area. Solvang is also a center for visitors who want to take part in the various wineries scattered around the Santa Ynez Valley.

Day 7 – July 12 – There are 120 wineries in the Valley, most still open and offering outside wine tasting. Some of the wineries require reservations and some you can still just drive to and take a chance that they have space for you to enjoy their wines. There are only Danish bakeries in Solvang, no donut shops. We did find a donut shop in Buellton. We also passed by both Sideways bars, used in Paul Giamatti’s movie “Sideways”, they were both closed. There are 4 beer tasting businesses that were open, Figueroa and Firestone Walker are two of the more well-known breweries. We tried both. Close to the downtown area is the Hans Christian Andersen Museum and Park. Andersen was a Danish writer who wrote 156 fairy tales and stories; “Little Mermaid” and “Ugly Duckling” being two of the more well-known stories. As you head east out of Solvang you pass by Mission Santa Ines, the 19th of 21 missions built in California. Not far from here is Clairmont Farms, a 5-acre lavender farm. Heading west out of Solvang you pass a 33-acre business called Ostrichland, a breeding farm with over 100 ostriches and a few emus. There are also 4 golf courses nearby, a few art galleries and a horseback riding facility. Solvang offers a wide variety of activities. We did get some of our lunches from surrounding cities, as take-out, but we made all our breakfast and dinners in our townhome. 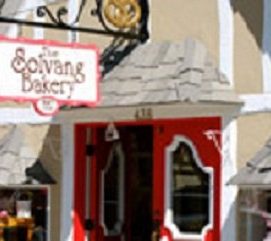 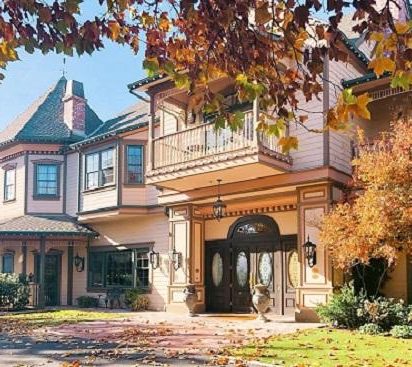 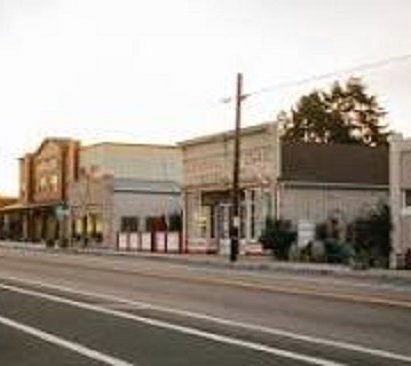 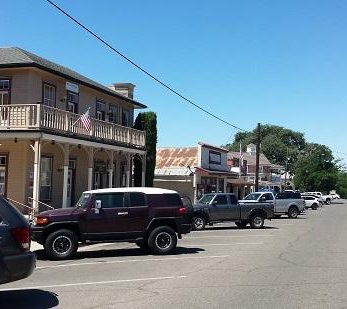 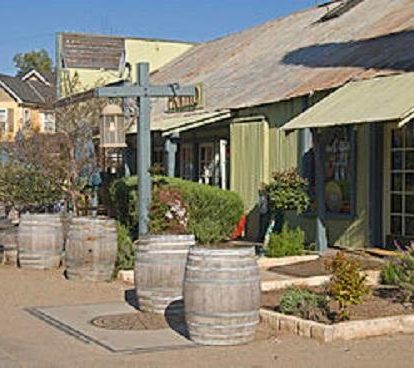 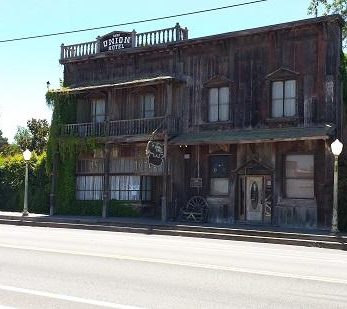 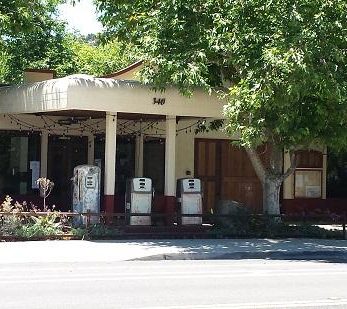 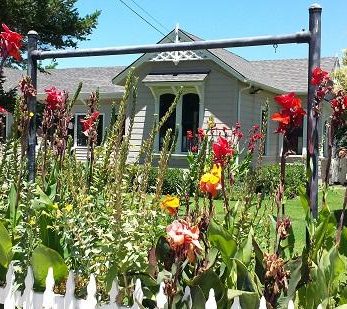 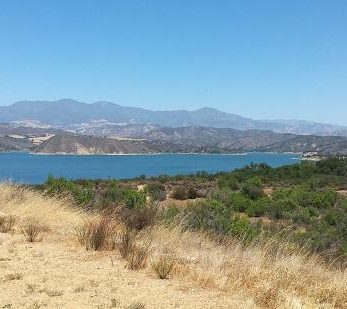 For our first winery, we had selected Beckmen Winery, a winery we had visited before and one we enjoyed. The visit there was wonderful, including a greeting from a jack rabbit when we arrived. We were seated outside, under a covering (the temps were in the 90’s). We were guided through the 6 tastings of various wines, given hand sanitizer, poured our own tastings, were given small bread sticks to clean our pallet and enjoyed a great wine tasting adventure. I enjoyed it so mush I joined their Inner Circle Wine Club.

After this, it was getting close to lunch. We headed to the quaint town of Los Olivos, where 28 wine and beer tasting rooms surround the village. Our stop was included a great sandwich shop called Panino. They offer 30 incredible sandwiches and 9 large salads. My choice was the Roast Turkey with Sliced Brie, honey mustard, lettuce, basil, mayo, tomato, green bell pepper, red onion and cucumber. This is a don’t miss sandwich shop, making everything to go and offering a selection of Kettle Chips. Two other places we visited in Los Olivos, on a later visit, was a very eclectic garden shop called J. Woeste and we also enjoyed a beer break at Figueroa Mountain Brewery, everything served outdoors.

Day 8 – July 13 – Today, after breakfast, we packed up and headed into the mountains thru the San Marcos Pass. Our destination was the famous Cold Spring Tavern, known for their Tri-Tip sandwiches. The buildings the Tavern occupies has existed for over 125 years, first opened as a stagecoach stop in the early 19th century. In 1868, a stagecoach company felt a stagecoach stop was needed for their weary travelers. The buildings were added to the stagecoach stop, including providing sleeping accommodations for workers who built the roads in this area. The bar is incredibly unique, but no one could go inside due to the pandemic. We were seated outside on large picnic tables. For lunch, my brother-in-law Rudy and his girl-friend, Lora, joined us. They were staying in their 5th wheel heading to Carmel later in the week. The Tavern offers more than the Tri-Tip sandwiches. On the menu there is French Dip, Bar-B-Q Beef, a variety of burgers, salads, the famous Cold Spring Chili and their onion rings are amazing.

After lunch, we headed down Highway 154. Past Cachuma Lake and the Chumash Reservation. My son wanted to take us down Figueroa Mountain Road past multiple wineries and growing fields. We also passed Michael Jackson’s Neverland Ranch entrance. All that was visible was a security station and the metal gates leading into the ranch. The 2,700-acre estate is the former Sycamore Valley Ranch and is for sale, controlled by the estate of Michael Jackson and Colony Capital.

Later in the afternoon we visited Amarosa Winery joining my brother-in-law and his girl-fiend, in Buellton. The winery is known for their Pinot Noir.  There were several wineries set-up in this industrial area, all offering outside tastings.

Day 9 – July 14 – Today was another day on the road in the Santa Ynez Valley, visiting several of the small villages in this area. Our first stop was in Santa Ynez, a small town in the valley. We parked and took a short walk down the streets, happy to find a Panino Sandwich shop, where we bought sandwiches to take with us for lunch. Our next stop was the town of Los Alamos. We had visited this town many years ago and took in their winery and general store. What we found this time was a town that was almost completely deserted. We did locate a small park where we had a picnic. Adjacent to the park is a large fire station, to control the large fires break that occasionally break out in this region. We did cross the street to visit the old Union Hotel, built in 1880. This hotel served as a telegraph office and Wells Fargo & Company stagecoach stop. The hotel was destroyed by fire in 1893 and rebuilt in 1915. Next to the Hotel is The California Garage, built in 1923. Highway 101 used to run through the town at one time. The last time we were here we were able to go into the Hotel and Garage and look at the various antiques, but the Hotel was locked up this time, I am not sure if it is still in operation.

After lunch we drove through Foxen Canyon to Foxen Winery, for some more tastings of Pinots. We passed thru acres and acres of vineyards driving thru the canyon. The Fess Parker Winery is close to this area, one we had previously visited, but not this trip. Fess Parker played Davey Crockett in the Disney movies. After our visit here we headed back to Buellton and visited the Firestone Brewery enjoying a sampling of their beers and a delicious hot pretzel. Heading back to the townhouse a portion of our evening would be beginning to pack and watching the Will Ferrell comedy “Eurovision”, which was surprisingly enjoyable.

Day 10 – July 15 — Today ended our vacation in a COVID-19 world. We found that if we were safe, did our homework about where we were going, there were quite a few things we could do. For those of you who choose to travel, you need to know the restrictions and the state and county mandated rules and regulations. You also need to understand that these rules and regulations can change quickly. When we left for our trip you could eat inside the diners, by the time we arrived in Big Sur, only outside dining was allowed. My nephew found out that because he was not self-contained his plans to camp in a National Park was not allowed. State and National Parks are going through many changes, as we saw in the Big Sur area. Educate yourself, plan and plan some more. Have back-up plans, just in case. You can travel in this COVID world, you just have to be safe and smart. Cruising, flying to locations around the world, even traveling to countries like Canada and Mexico has changed significantly and no one knows when it will get back to some sort of normalcy. It is a different world, but you can get around in it if you are smart, if you are safe and if you follow ALL of the mandated guidelines.

I hope you have enjoyed and learned some things about traveling to Big Sur and Solvang. Stay Safe and Travel On.

Taking a Vacation in a COVID-19 World 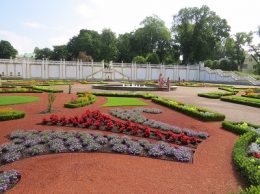 Adventures in the Baltic – Part 4 – Tallinn, Estonia and Klaipeda, Lithuania