Baseball has had many incredible stars throughout the years whose presence has been felt both on the field and off, but few have had a legacy quite like Randy Johnson or The Big Unit as he was better known. The most noticeable aspect about Johnson is his height at an imposing 6ft 10 with a slender frame, which is a key reason why he was such an incredible pitcher with a fierce fastball. It is not just his height that made him such an iconic player throughout his impressive 22 years in the MLB and beyond, so read on to find out more about The Big Unit’s great legacy.

Strikeouts … For some reason, Johnson is sometimes overlooked when it comes to talking about the great pitchers, perhaps due to his height and the struggles he had at the very start and towards the end of his career. This is a shame, as he is certainly up there with the greats with a career total of 4,698 strikeouts second only to Nolan Ryan, as shown by the Baseball Hall of Fame. He has the most strikeouts in a game by a left-hander (19) and is a 9x Strikeout leader and even became the oldest pitcher to show a perfect game at the age of 40 – a huge aspiration for many a young player in the San Diego Baseball league.

Speed …A key reason why Johnson was able to notch so many strikeouts during his career is due to the sheer velocity of his pitch certainly aided by his tall frame. In the prime of his career, Johnson’s fastball was clocked as high as 102 mph with a low three-quarters delivery (nearly sidearm). As you would expect, this made him a clear crowd favorite which was only furthered by his height along with his classic mullet and mustache.

Earnings …The Big Unit also built quite a legacy for himself in terms of his career earnings. 22 years in the MLB is a great career, and Johnson actually has higher earnings per pro minute than any other MLB player, according to a study from CashLady at a staggering $1,033.80 per minute. His earnings per pro years is significantly lower than the likes of Alex Rodriguez and Derek Jeter, though, due to the fact that he averaged just over 5,000 minutes per year compared to their 22,778 and 24,723, respectively. While The Big Unit may not have a net worth as high as many of the greats, he certainly won’t be complaining about the amount that he was getting paid playing far fewer minutes than other stars. Johnson has also used his talent as a springboard to find other ways to earn too.

2001 World Series …. Of course, greatness is not defined by an individual’s performance, and people are often only considered a legend when they have won the biggest prize of all. This is something that Johnson managed in 2001 when he and Curt Schilling carried the Arizona Diamondbacks to their first World Series against the New York Yankees with the two pitchers sharing the MVP award, the Babe Ruth award and being named SI’s Sportsmen of the Year.

The Big Unit has certainly left his mark on the MLB, and he was elected into the Baseball Hall of Fame in 2015 after a hugely successful career. 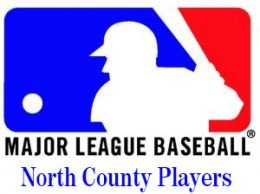 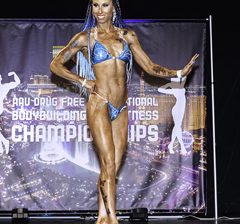