TR Robertson –When you are speaking about unsolved homicides from crimes in various parts of the world, the list is massive. Even with this, some of the countries are hesitant to report statistics of this nature and access to this information is restricted in many of the countries. These are a few of the unsolved crimes that have made the world’s press coverage and become available for reporting. Unusual missing people incidents are fascinating, especially when there is not final resolution to those that are missing. Also included here is one incident involving a young American girl and her journey with the judicial system of a nation outside of the U.S. It does involve a murder, accusations, mystery surrounding not only the crime, but the investigation and trial and the eventual arrest of someone suspected to be the actual killer.

The Murdered Women of Ciudad Juarez and Chihuahua – Between 1993 and 2005, over 400 women have been killed and discarded in a variety of places between Ciudad and Chihuahua, Mexico. These Feminicides represent roughly 18% of all the murders of women in Mexico. The killings continue today, but not as many as the thirteen-year period listed. Most of the women were maquiladoras, poor workers from production plants in this area. Authorities said they felt the women were the victims of robberies, drug trafficking activities, gang activity and sexual assaults. There were few arrests for the crimes and many of the arrests that occurred had few convictions. The United States murder rate for women is 20-25% of all murders committed are women.

The Men in the Lead Masks – two very unusual murders in Rio de Janeiro occurred in 1966 to two electronics repairmen. The men were found dead, wearing suits, and wearing lead eye masks, the kind worn at that time to protect from radiation. Beside the men was a notebook that included instructions to “be at agreed place”. “swallow capsules”, and “wait for mask signal”. The toxicology report was poorly completed and inconclusive as to what killed the men. No one was ever arrested for the crime and no reasons for there deaths was ever established.

What Happened to Natalee Holloway? – Natalee Holloway was a young 18-year-old American high school student on a school trip to Aruba in 2005. On May 20,, 2005, Natalee went missing, the day before she was to leave Aruba. From the start of the investigation, her disappearance was poorly handled by the Aruban Police Department. Her parents became increasingly involved in the investigation and were able to get FBI agents and Dutch soldiers involved in the search for their daughter. Several people of interest were questioned and held, men who were said to have been with her on May 20th. Joran Vander Sloot was the prime suspect and even confessed to being with Natalee, even saying he kidnapped her and sold her into slavery, a confession he later recanted. Eventually, the suspects were let go and in 2007 the case was closed with no arrests. Vander Sloot was convicted in 2010 of murdering a 21-year-old Peruvian woman, Stephanie Florez Ramirez.

Who Poisoned Alexander Litvinenko? – Former Russian Federal Security Officer Alexander Litvinenko was poisoned in London in November of 2006 by radioactive Polonium 210. He died several days after he was poisoned, and no one has ever been arrested. Litvinenko was considered a political enemy of Russian President Vladimir Putin. He was a former Russian defector and officer of the Russian FSB Secret Service. He fled to London after he defected. The British investigation of his death led to Andrey Lugovoy, a former Russian Federal Protective Service member, investigated the killer. The British wanted to extradite Lugovoy to the UK, but Russia said no as the Russian Constitution prohibits extradition of Russian citizens. Still, no specific clarification as to why a hit was put on Litvinenko and who carried out the crime has ever been established.

The Severed Feet Mystery – In 2007, a young girl was walking on a beach in British Columbia when she found a sneaker with a human foot inside the sneaker. Since this time, several other sneakers have washed ashore with feet inside of the sneaker. To date, sneakers of five men, one woman and three of unknown sex have come ashore. Vancouver police have been able to identify one of the men as someone who committed suicide by jumping off a bridge and two others belong to women who also committed suicide in the same manner. No other body parts have washed ashore. One theory said the feet belonged to victims of a plane crash and others say they belong to victims of the 2004 Asian Tsunami. How the feet became separated from the body and why, as well as who all the victims were, are still mysteries.

The Monster With 21 Faces and the Fox Eyed Man – A strange case involving corporate harassment and ransom in Japan began in 1984 with a break-in, by two-armed men, into the home of CEO Katsuhisa Ezaki’s mother’s home. Ezaki was the CEO of Ezaki Glico, a successful snack food company. The took Ezaki’s house key. They next entered his house, where they abducted Ezaki, took him to a warehouse and demanded a large ransom. Ezaki managed to escape. Weeks later, cars, in the Glico parking lot, were set on fire. Then a container of hydrochloric acid and a threatening letter was mailed to Glico. This was followed by other letters from “The Monster With 21 Faces”. Other letters were received, some stating their candy products had been laced with potassium cyanide. The company lost $21 million and laid off 450 employees. Then the letters stopped with a letter, “We forgive Glico”. This was followed with an attack on Marudai Ham, House Foods Corporation and Fujiya. Letters followed with a variety of threats and a demand for money, signed by “Fox-Eyed Man”. “Fox-Eyed Man” also sent harassment letters to the police which led to Police Superintendent Yamamoto committing suicide for his failure to arrest “Fox-Eyed Man”. The final letter was from “The Monster With 21 Faces” saying there would be no further harassments or demands from him and the Police Superintendent should not have died. The letter ended with “It’s fun to lead a bad man’s life”. To this day, “The Monster With 21 Faces” and “Fox-Eyed Man” have never been caught.

Death Aboard the SS Ourang Medan – You might say ghost ships are the real deal and not just occurring in the Bermuda Triangle. In 1947, a strange distress call was received from the SS Ourang Medan, traveling in the Straits of Malacca (between Sumatra and Malaysia). The call said “All officers including captain are dead, lying in chartroom and bridge. Possibly whole crew dead. I die”. The American ship Silver Star answered the distress call and found no signs of the crew when calling out. As they boarded the ship, they found a scene out of a horror movie. Bodies scattered on the deck, the captain and other officers on the bridge dead, workers in the boiler room dead, the ships dog dead, everyone dead. They decided to tow the ship to the nearest port. As soon as they attached the tow line, smoke began to billow out of the ship and moments later there was an explosion, and the ship began to sink. Theories began to fly as to what had happened. Some believe ghost pirates raided the ship, some felt it was extraterrestrials. A more scientific explanation given was the ship was smuggling hazardous materials such as potassium cyanide and nitroglycerin, which may have been exposed to sea water causing toxic gases to be released throughout the ship, killing the crew. The unstable nitro may be the reason for the explosion. No clear explanation is known. What is even stranger is that there are no registration records of the SS Ourang Medan – truly a ghost ship.

Strange tales, strange disappearances, strange crimes can be found in every country of the world. These are but a few. An older, but interesting book you might want to check out is The World’s Greatest Unsolved Crimes, by Roger Boar and Nigel Blundell (1984) to find more unusual murders, disappearances, and scandals.

NEXT ARTICLE →
Vista State Of The Community 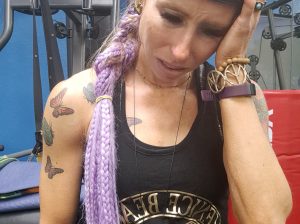