UPDATE – On Friday, January 3rd  ….An employee reportedly fired eight shots at the men while inside the business, but the suspects fled without taking anything. At about midnight the same evening, two men with gunshot wounds arrived at the Tri-City Medical Center emergency room. Vista detectives arrived to interview the men, who said they were shot while walking near John Landis Park in Oceanside; however, neither could provide a suspect description or location of the shooting. Additionally, their injuries were not life-threatening, and were consistent with the descriptions given by the restaurant employee.

Detectives continued their investigation while the men were being treated. Ultimately both men were treated and released. Detectives arrested and booked both men into the Vista Detention Facility for the following charges: PC 211 Robbery, PC 182 (A)(1) Conspiracy, PC 245 (A)(2) Assault with a Deadly Weapon as well as various other weapons and probation violation charges. Since the investigation is ongoing, the suspect names will not be released at this time.

2014, at about 9:38 pm, two men attempted to rob employees at Uncle Tony’s Restaurant in Vista.

FIRST REPORT    —- Deputies from the Vista Station responded for a report of an armed robbery attempt at “Uncle Tony’s Italian Cuisine.”  The reporting party stated two males entered the restaurant with guns and he had retrieved his own handgun and shot the suspects in self-defense.

The suspects fled the restaurant on foot through the back door of the business. Several deputies arrived and established a perimeter. A search of the area was conducted utilizing ASTREA and a Valley Center Sheriff’s canine unit, but the suspects were not immediately located.

During an interview, the RP told deputies he fired eight shots from his handgun at the suspects while inside the business. The RP believed he hit both suspects in the upper body area. ABOL was broadcast and local hospitals were notified. Vista station detectives responded to the scene to assist.

Just after midnight, two males with gunshot wounds arrived in the Tri-City Hospital emergency room. Vista detectives responded to the hospital and interviewed the males, who claimed they had been shot while walking near John Landis Park in Oceanside.  Neither man could provide a suspect description or an exact location of the alleged shooting.

Oceanside Police checked the park for a crime scene, but none was located. The injuries sustained by the men are gunshot wounds consistent with the description of the RP at the restaurant. The injuries are not believed to be life threatening. The investigation is on-going.

NEXT ARTICLE →
Bugs and Butterflies

← PREVIOUS ARTICLE
Widespread Flu Activity in Almost Half of the Country 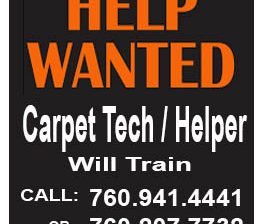