Warning: A non-numeric value encountered in /home/thevista/public_html/wp-content/themes/dailypress/include/breadcrumbs.php on line 54
Calendar >  Travels With TR – Food & Wine Tour of Sicily and Southern Italy – Part I

TR Robertson — Off we go on another travel adventure, this time to enjoy the various wines, delicious food and beautiful sites and cities in Sicily and Southern Italy, including a specially designed extension to the amazing Amalfi Coast. Our travels this time were with my wife, Carolyn, and son, Brian, Carolyn’s cousin from Ohio, Barcy, and friends from Escondido and Texas. We would be meeting up with twenty additional travelers from Washington, Canada, New York and other locations, all who had also signed up for this specially designed EF Go Ahead Tour Adventure. Our Go Ahead tour leader was Linda Garofano, who is from Southern Italy and currently lives in Rome. What makes any tour successful is the tour guide and Linda would prove to be absolutely amazing and made this tour one to remember. 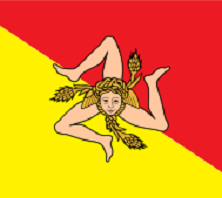 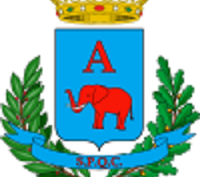 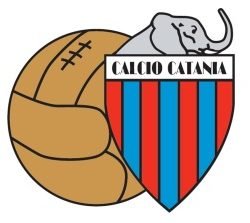 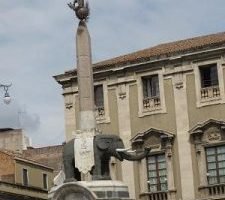 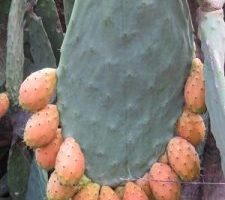 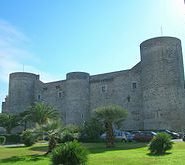 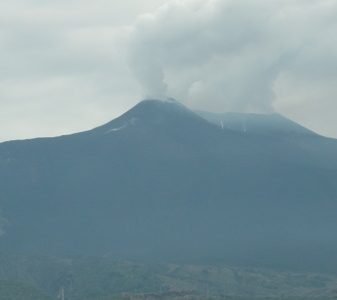 Our trip began with an early morning flight from San Diego to Atlanta on Delta, a quick transfer to Air France for our flight to Rome, and a hasty transfer to an Air France flight to Catania, Sicily. The Rome Airport is massive and is basically a continual series of stores on one side of the long terminal as you search for your gate on the other side. The gates and various terminals are not clearly marked, but my son Brian was able to locate the signs and directions in the maze of shops. Some airports make gate and terminal access easy to locate, like in the Paris International Charles de’ Gaul Airport, and other airports make locating gates and terminals a challenge. Once at the gate we did get a feel and smell of what awaited us as there was a cafeteria and bakery right by our gate and large square slices of pizza and focaccia as well as torte and panino sandwiches filled the shelves.

Arriving in Catania at the Catania-Fontanarossa Airport, the largest airport in Southern Italy, we grabbed our luggage and just outside of the baggage area we located our tour guide, Linda, who took us to the bus that would transport us to Hotel Palace Catania where a shower and rest awaited us after the long flights. Later that day we would go to the roof top bar for drinks and snacks and a chance to meet everyone who would be on this 15 day tour.

Any time we travel we try to learn as much as we can about our destination, even though we know we will learn a lot more from actually experiencing the trip. It is a good lesson for anyone who likes to travel to be an educated traveler and it is also a way to prepare yourself so you are not surprised for what awaits you. One of my pet peeves is travelers who seem to have no idea about the place they are traveling to and try and compare where they are visiting to where they are from. Every place in the world is going to be different from where you are from. If this upsets you, you shouldn’t travel, stay home. Enough of the soapbox.

The starting point of our tour is in Catania, Sicily. Catania is the 2nd largest city in Sicily, behind the capital, Palermo. Roughly 311,000 people are in the Catania area. The island of Sicily is the largest island in the Mediterranean Sea and separated from the boot of Italy by the Strait of Messina. Sicily is one of the 20 regions of Italy and is divided into 9 provinces. One of the standout features of the island is Mt. Etna, the tallest active volcano in Europe, standing at over 10,900 feet. We visited a beautiful winery, located on the slope of Mt. Etna, and at night we could see the smoke and red glow coming from the volcano. The fertile soil makes the slopes of Mt Etna a prime location for wineries and other agricultural endeavors.

Historically, Sicily was once connected to the toe of the boot of Italy, but as the seas rose over time the land would become the island we see today. There has been human activity on the island since 12,000 BC, including the discovery of dwarf mammoth bones. Interestingly, the elephant image is found in the seal of Sicily and the logo for the soccer team of Catania and there is a monolith and fountain in the central square of Catania, called Fontana dell’Elefante with an elephant at the top of the monolith. The Muslims once controlled the city from 831 -1072 and called the city Balad-Al-Fit, the City of the Elephant. Another part of the symbol of Sicily is the Triskelion, which Pliny the Elder said evolved from the Greeks. It is the head of Medusa with 3 ears of wheat surrounded by three bent legs, said to represent the three promontories of the island – Capes Peloruus, Passero and Lilibeo. The Triskelion is on the flag of Sicily.

The island has numerous ruins and archaeological sites all dating back to the numerous peoples who have inhabited the island. One of the finest examples of Greek architectural temples outside of Greece is at the Valley of Temples site, also a UNESCO site. Another interesting archaeological site are the 4,000+ tombs carved into rock cliff faces, first starting in the 7th century, called the Necropolis of Pantalica. Sicily was once home to Phoenicians, Greeks, Romans, Vandals, Ostrogoth’s, Byzantines, Muslims, Normans and others. There are 7 UNESCO World Heritage Sites, hundreds of castles, fortresses and cathedrals scattered throughout the island as well as 218 ancient coastal watch towers. Two of the most prominent castles include the Norman Castello de Caccarno in Palermo and the 13th century Castello Ursino in Catania.

The primary language in Sicily is Sicilian and Italian as well as dialects of each of these. One of the central historical figures of Sicily was Giuseppe Garibaldi who led the fight for Italian unification in 1860. The unification fight would take over 10 years. Amazing examples of Sicilian Baroque architecture are found in Catania and especially in the city of Noto, a UNESCO World Heritage Site. In Catania, the Teatro Massimo Bellini 1,200 seat opera house has been declared as the best opera house in Europe for its acoustical sound and the University of Catania is one of the oldest in Europe dating back to 1434. Sicily is also known for the terracotta ceramics produced in some of the cities. We would also find this to be true for the coastal cities along the Amalfi Coast. Many of the tables for purchase and in the restaurants are made from volcanic rock with beautiful designs.

As we began our trip we learned that Sicily produces a wide variety of agricultural products such as artichokes, prickly pears, almonds, grapes, pistachios, tomatoes, lemons, oranges, wheat, red onions and much more.  Sweet sun dried tomatoes are a specialty as well. The sweet red onion pizza we had in the city of Tropea was delicious. Sicily is also known for a variety of cheeses, like Ragusano – cow’s milk cheese and Pecorino Siciliano – sheep milk cheese, as well as Ricotta used in the dessert treat Cannoli’s. We would visit a mozzarella farm in Southern Italy later. Chocolate and honey are favorites here as well. Sicily is the 3rd largest wine producer in Italy, best known for Marsala wines. We would also travel to a winery in the Avola province and enjoy the Nero d’Avola red wines. Each winery we visited produced unique and different wines. A popular liqueur in Sicily is Amaro Averno.

As we travelled around the island our bus and driver did a masterful job of maneuvering around the narrow streets of these ancient towns and in the countryside. The motorways are called autostrada. We were also told a little bit about the influence of the Sicilian Mafia, referred to as Cosa Nostra, and their crime syndicate on the island. Some reports say their influence is declining, others say their strength is still noticeable in the trade unions in Sicily and in Southern Italy and this is the reason for the lack of development or slow progress in many of the projects throughout the country. Another controversy in Sicily concerns the proposal to build a bridge over the narrowest portion of Sicily and the Italian coastline across the Strait of Messina. Some say it would increase the trade industry in Sicily, others say it would lead to more congestion on the island. As of now, the bridge is still not built.

Our first night in Catania was a short walk with our group to the Vineria Picasso Osteria restaurant where we sat in long tables on the sidewalk and were treated to a meal of plates of cheeses, plates of vegetables, meats, eggplant parmigiana, bread and breaded veal wrapped around mozzarella, served with wine and the sounds of an accordion player serenading us.  A great way to start what would be a wonderful adventure.

Part II will cover a trip to the Baroque town of Noto, our first visit to a winery, dinner at a Contessa’s home, a trip to a fascinating museum about the Allied landing in Sicily during WW II, a tour of Catania, trips to the cities of Tropea and Pizzo, a trip to the second winery on the slopes of Mt. Etna and a ferry boat trip from the busy port of Messina to the mainland of Italy.