TR– The Trip Begins… As 2019 began, January saw my wife, Carolyn, and myself off once again to another destination around the world. This time, Carolyn planned a trip for us to the tip of the continent of Africa, specifically South Africa. What we would encounter is an amazing series of towns, friendly people, wonderful game reserves with animals roaming free and new adventures. Our mode of transportation would be the beautiful Oceania cruise liner Nautica, taking us from port to port and in the ports we would use both tours offered by the ship and tours Carolyn had arranged with outside tour agencies. Our tour would cover 3,716 nautical miles or 4,276 miles.

Most people who travel to Africa know very little about the mysterious continent. We had previously traveled to Egypt, the Sinai Peninsula, and a quick stop in Morocco. Other than what we have seen in movies and on the travel channel, we did not know what to expect from our visit to South Africa. I pictured a dry, arid landscape, an array of animals indigenous to Africa and languages I could not understand. I was partially correct. The landscape was completely different than what I had pictured. Beautiful mountain ranges, forests filled with a multitude of different types of trees, incredible picturesque coast lines and much more would be what we would find. Our cruise would also take us to the country of Namibia where quaint coastal cities would lead to a massive desert and huge sand dunes. We were in for a trip we would not forget. 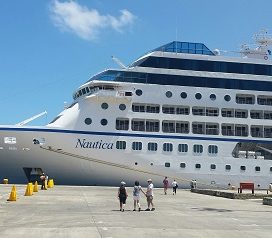 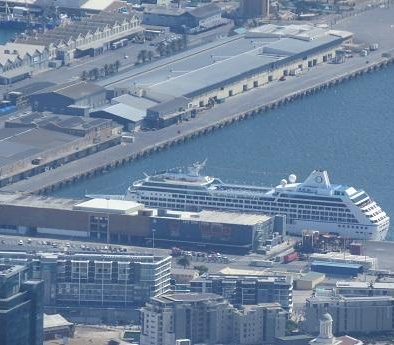 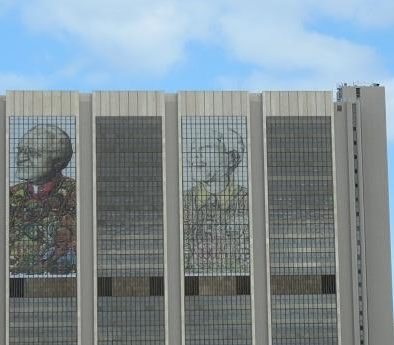 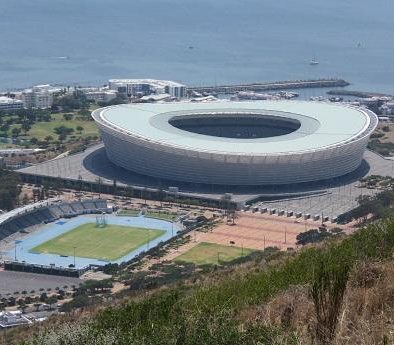 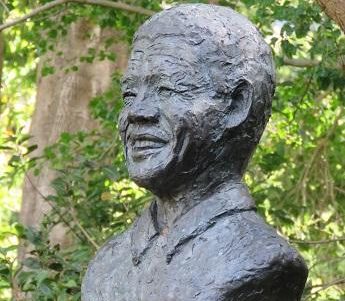 I thought it would be interesting to provide you with a little information about Africa and South Africa before getting into the specifics of our trip. Africa is the world’s second largest and second most populous continent. Africa’s population is the youngest among all the continents, 50% of Africans are 19 years old or younger. The continent is surrounded by the Mediterranean Sea, the Red Sea, the Indian Ocean and the Atlantic Ocean. It has 54 fully recognized sovereign countries, nine territories and two de facto independent states with limited or no recognition. Algeria is Africa’s largest country and Nigeria the largest by population. Africa is generally accepted to be the origin of humans. It is the only continent to stretch from the northern temperate to southern temperate zones. The northern half is primarily desert and the central and southern areas contain both savanna plains and very dense jungle regions. Africa is considered to be the hottest continent on earth. Numerous traditional languages are spoken in Africa – German, Portuguese, Spanish, Arabic, English, French, Italian, Afrikaans as well and a multitude of indigenous languages (such as Swahili, Yoruba, Igbo, and Hausa). Each African country has adopted official languages.

Our trip to South Africa began at Lindberg Field Airport in San Diego. We would travel on British Air for a 10+ hour trip to Heathrow in England, a four hour layover and then an 11+ hour trip to Cape Town International Airport. The International waiting area at Heathrow is a huge waiting area, full of a variety of seats, benches and other amenities, surrounded by numerous stores and eateries. We were able to get a nice meal of traditional British fish and chips. Close to the restaurant we ate was a very unusual sushi restaurant where patrons sat around a series of stools and sushi dishes passed by them on a conveyor belt. You grabbed what you wanted and workers would write down what you picked out.

Upon our arrival in Cape Town, we were picked up for a city tour and a trip to Table Mountain. The tour was arranged as we could not check into the ship until 1 o’clock. South Africa is officially the Republic of South Africa. It is the southernmost country in Africa. The neighboring countries of South Africa are Namibia, Botswana, Zimbabwe, Mozambique and Swaziland. The small country of Lesotho is surrounded on all sides by South Africa. There are around 57 million people in South Africa, 5.7 million people in Cape Town. The largest city is Johannesburg. South Africa is a multiethnic society with 11 official languages. Since 1994, all ethnic and linguistic groups have had political representation in the country’s liberal democracy. South Africa is considered a parliamentary constitutional republic. The country divides their governmental agencies between three cities. The capital city of Pretoria houses the Executive branch. Bloemfontein houses the Judicial branch and Cape Town houses the Legislative branch. The current President is Cyril Ramaphosa. South Africa has had some issues with corrupt leaders, most specifically the past President Jacob Zuma. The country suffers from various economic issues. One fourth of the population is unemployed. It is said 90% of the wealth rests with 10% of the population. Even with their issues, South Africa’s economy is the 2nd largest in Africa. Tourism is a huge part of their economy. Numerous minerals are mined in the country as well as the production of salt and coal. The diverse vegetation is shown through over 22,000 varieties of plants existing in the country, many unique only to South Africa. The large number of protea plants are found throughout the country, many raised and sold to countries like the United States. The Rose Bowl floats use their leaves for the floats. When we arrived, South Africa had been through a two year drought and they had just received needed rain. There are 23 public universities, 11 traditional universities and 6 technology universities in the country. Historically, the oldest art objects ever found were found in a cave in South Africa, dating to over 75,000 years ago. Kruger National Park, outside of Johannesburg, and the Sabi Sand Game Reserve, as well as other small game reserves have massive spaces where leopards, cheetahs, white rhinos, lions, giraffes, hippos, hyenas, wildebeests, impalas and other animals from this area roam free of cages. One of the first well known novels ever written by a black author was from South Africa, written by Solomon Thekiso Plaatje-Mhudi in 1930. Numerous Nobel Prize winners have come from South Africa, including Christiaan Barnard and Allan McLeod Cormack as well as Nelson Mandela. Mandela and Bishop Tutu and many others led a long struggle against apartheid as they fought for equal rights for all races. Mandela would be the first black President of South Africa, serving from 1994-1999.

More on Nelson Mandela in other articles. We were fortunate on the cruise to have a Cape Town University professor, Tim Hughes, and a botanist, Dr. Ken Beattie, who gave lectures when the ship was at sea. Professor Hughes was a BBC reporter who had the pleasure of meeting and speaking with Mandela and he has done extensive research on Mandela and the struggles he went through during his life. Dr. Beattie lectures throughout the world, is a renowned photographer and owns a goat farm in Kenya.  The next article will cover Cape Town, Mossel Bay and Richards Bay – stops along the way on our trip to South Africa.