Vista CA (November 2015) … Members of the North Coastal Prevention Coalition (NCPC) were pleased by the outcome of Vista’s Council action on Tuesday, November 10, which prohibits storefront marijuana dispensaries and delivery services within the City.

NCPC is particularly concerned with youth marijuana use, and has been addressing marijuana prevention for over a decade.

Public health research reveals that greater access to substances, advertising, and promotion increases the number of new users, and many start using in their teens.  This holds true for all substances, and is a prime reason why legal substances (alcohol, tobacco, and prescription drugs) cause more harm in the U.S. than all illegal substances combined.

Marijuana dispensaries increase access and availability of marijuana, and are often advertised and promoted.  According to a 2012 study at the University of Colorado School of Medicine, nearly three-quarters of teens in two metro-area substance-abuse treatment programs said they used medical marijuana bought or grown for someone else.

NCPC’s prevention efforts have focused on countering pro-marijuana influences and reducing youth access in the Tri-City area, and they have documented positive outcomes.  An evaluation conducted in partnership with California State University San Marcos (CSUSM) found that while reported teen marijuana use increased in all California regions studied from 2004 to 2010, the increase was significantly less in NCPC’s region where the reported ease of access declined.

Craig Balben, NCPC President and Oceanside resident, formerly served on the city of San Diego’s Medical Marijuana Task Force.  “At the time, I thought regulations were needed to help extremely sick and dying people get access to medicine,” stated Balben. “What I learned was that the pot industry fights against regulations every step of the way. They hired high-priced lawyers and lobbyists to influence policy makers and threaten lawsuits.”

In every city in San Diego County where dispensaries were brought to the voters, the initiatives failed.  This includes the cities of Del Mar, Solana Beach, Imperial Beach, Lemon Grove, La Mesa, and Encinitas.

Several other cities are looking into their zoning and land use policies regarding marijuana in light of recent State legislation.  Governor Brown approved the Medical Marijuana Regulation and Safety Act (MMRSA), which goes into effect on January 1, 2016.  Unless local agencies have a land use ordinance in place by March 1, 2016 that expressly regulates or prohibits the sale, cultivation, and/or delivery of medical marijuana within their jurisdictions, these activities will be permitted and regulated.

NCPC’s mission is to reduce the harm of alcohol, tobacco, marijuana and other drugs in the cities of Carlsbad, Oceanside and Vista through community action, education, support and collaboration.  More information can be found at www.northcoastalpreventioncoalition.org.

NCPC is a proud affiliate of SAM (Smart Approaches to Marijuana) – a bipartisan national organization formed 2 years ago: https://learnaboutsam.org. 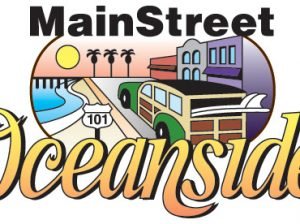