Warning: A non-numeric value encountered in /home/customer/www/thevistapress.com/public_html/wp-content/themes/dailypress/include/breadcrumbs.php on line 54
Calendar >  WestBrew Newest Brewery To Open In Vista And Expansion Planned

TR Robertson– Vista continues its reputation as the home of more craft breweries than any other city of comparable size in the nation with the opening of WestBrew at 1061 La Mirada Court. Opening on October 2nd, owners Joshua and Heather Scheer had originally planned on a summer opening, but COVID altered their plans. WestBrew is the first brewery for the Scheer’s as they also opened a satellite restaurant and tasting room for WestBrew in Del Mar on October 15th. Josh wanted to point out that the City of Vista was amazing in the process leading to their opening and the very friendly brewery reception at City Hall was most appreciated.

The Del Mar brewery & restaurant is located at 1435 Camino del Mar at 15th street, next to Starbucks and under the Chase Bank. The Del Mar WestBrew opened with a tasting room, a coffee bar, and a kiosk in a patio. This facility offers breakfast, lunch, and dinner, served in the patio area at this time. The Heartwork Coffee Bar will offer a selection of breakfast items for patrons to pick up as to-go items as well. 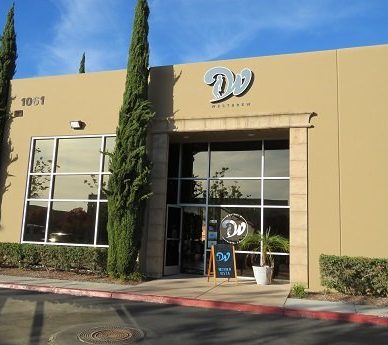 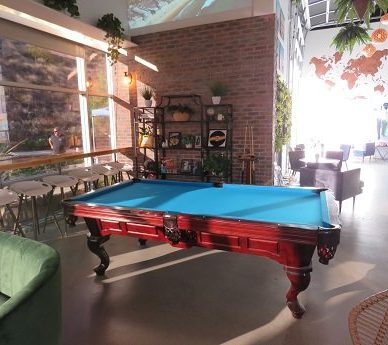 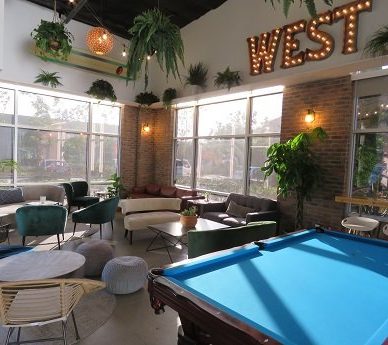 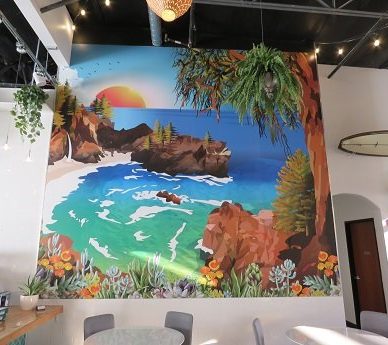 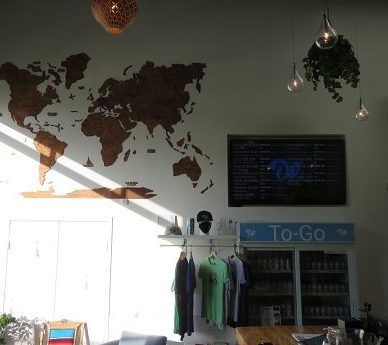 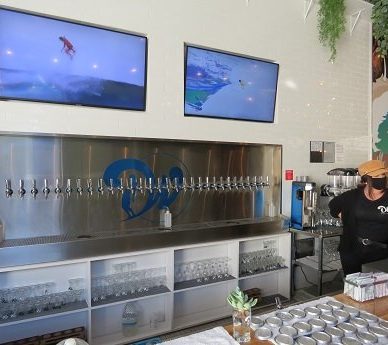 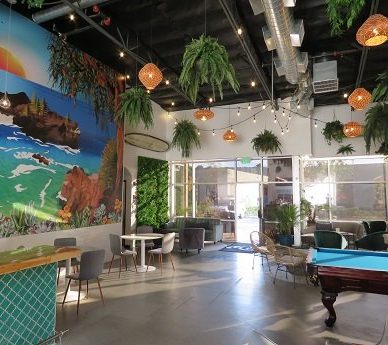 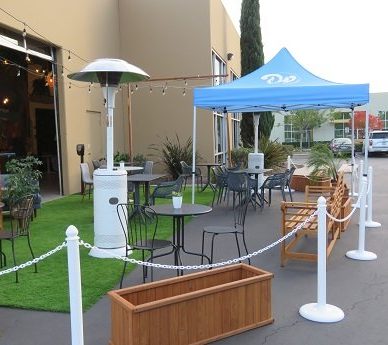 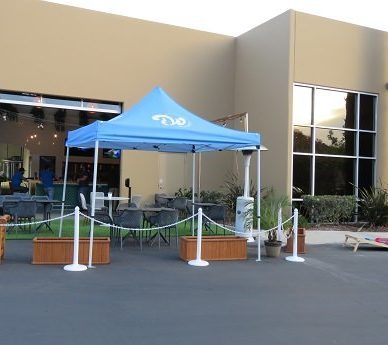 Owner Josh Scheer has big plans, even with the restrictions currently in place due to COVID. He plans to continue the growth of the Vista brewery and in March will open a WestBrew in downtown San Diego with a full restaurant. This brewery will be located at 701 Island Avenue, one block from Petco Stadium, offering their beers and specializing in a variety of sausages. The brewery will be across from the future Ritz Carlton and Marriot Hotels. In April, WestBrew will continue to grow with a planned opening in Oceanside at 419 S. Coast Highway. He said his dream is to open as many satellite breweries as they can to spread the WestBrew brand.

Josh was born and raised in Brooklyn, New York. He has a BA of Science of Construction Management of Architecture from Pratt Institute, NYC. He served 7 years in the Army, including one tour in the Mid-East. Josh has been in Southern California 12 years and he and wife Heather have 4 children. He also owns EvergreenCali, a construction company working with state and federal government contracts.

The dream for a brewery began about 10 years ago as a home brewer. He is a graduate of the SDSU and the UCSD Master Brewing Program. On their web site, WestBrew states, “WestBrew was created to celebrate the best of the West. Each of our beers highlights a unique aspect of the West Coast from the shimmering beaches of Southern California to the trails of Yosemite”. Josh stated, “Celebrating the West as a great place to live is our dream”.

The Vista WestBrew has a casual, relaxed atmosphere as you walk in and see the numerous comfortable chairs scattered inside, surrounding a stylish pool table and two large T.V.’s. A large mural of the Pacific coastline and numerous hanging plants contribute to the atmosphere of this 2,000 square foot tasting room. With the current closing of inside use of restaurants and breweries, patrons are directed to WestBrew’s COVID Outdoor Patio, which is set-up directly across from the long WestBrew bar. Tables, chairs, and a corn hole game have been arranged, all socially distanced in the patio area. WestBrew is also very dog friendly.

WestBrew is currently offering nine beers on their menu, but they try to add one or two every couple of weeks. Head Brewer Cody Gagnon, having worked at both Pizza Port, Mother Earth and Karl Straus, works hard to keep designing a varied beer selection. Beers to choose from have names like La Costa IPA, WestBrew Blonde, Moonlight Haze, Mosaic Surfer, Between Two Lagoons. Styles run from Ales to Lagers to New England style IPA and even include a Coffee Stout called Seal Cove. Also, on the menu is Salute IPA American IPA brought out on Veterans Day with hops selected by Veterans. A Red IPA is also in the works. Hard Seltzers and Slushies are also offered. Patrons can get small glass tastes, pint glasses, cans, and growlers. Food is from their Del Mar kitchen. Every other day charcuterie plates, a selection of sandwiches and salads are brought in.

Other members of the WestBrew staff includes Matt Johnson, who owned Helm Brewing and a former Sales Rep with Bay City, is WestBrew’s General Manager. Head of Sales is Jay Jones, who once worked with Thorn Street Brewing. Jay said WestBrew is on tap at BJ’s, Rabbit Hole, Sublime in San Marcos, O’Brian’s Pub in Kearny Mesa and Machete’s Beer House. They are in the process of contacting Vista establishments to expand the WestBrew brand.

Josh was quick to point out that since the continued COVID restrictions, things have not been easy, not just for them but for all breweries and restaurants. They hope once people see what they have to offer and the safe environment they have created, even with these restrictions, patrons can enjoy great beer, friendly service, and another unique Vista brewery.

WestBrew offers To Go service and Delivery of their products. Also offered is Private Event Space and Dinners for corporate meetings, weddings, and other events. They are open Wednesday thru Sunday. Wednesday and Thursday 3 pm-9 pm, Friday 3 pm-10 pm, Saturday Noon to 10 pm and Sunday Noon to 9 pm. Trivia Night is held on Thursdays beginning at 7 pm. Go on line to www.westbrew.com to see what they offer and call 858-412-4364 for more information.