Brian Robertson –Walking into the always beautiful Brengle Terrace Park at nine in the morning with 73-degree weather and cloudless skies, as Frederick & Joshua Persons sing the Anthems, one might say this is a once in a lifetime experience. Though, if you are a native Southern Californian, and have been to the Scottish Highland games before, then this is a yearly experience for you. This past weekend, returning for its 47th year, the San Diego Scottish Highland Games and Gathering of the Clans kicked off in the only way it knows how, with loud music and the throwing of sticks and stones. And if they hurt your bones, then the always popular beer garden will sooth your pain. 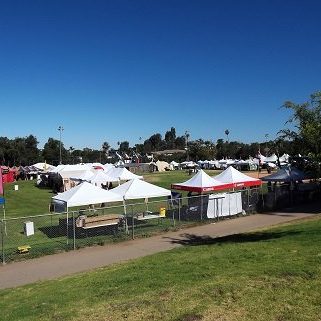 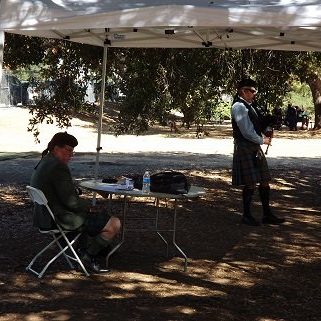 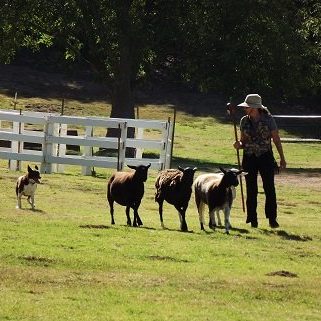 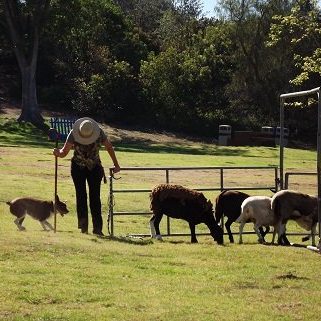 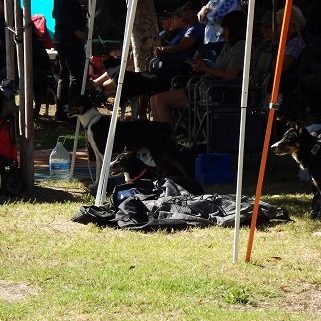 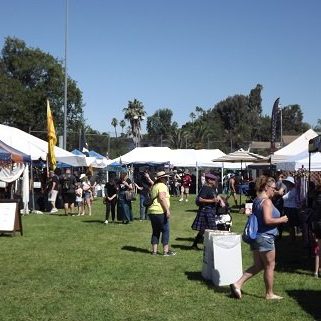 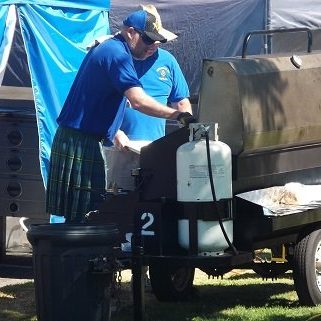 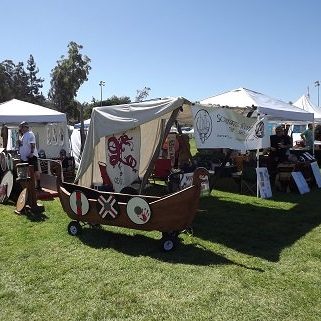 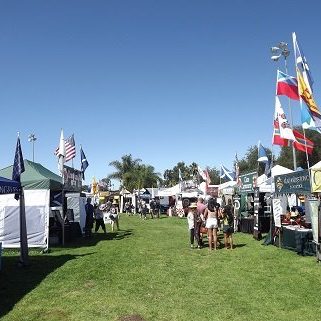 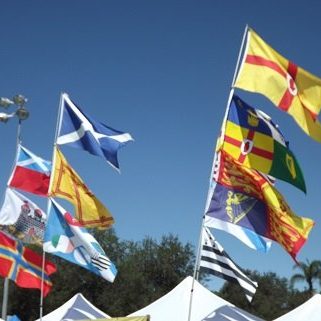 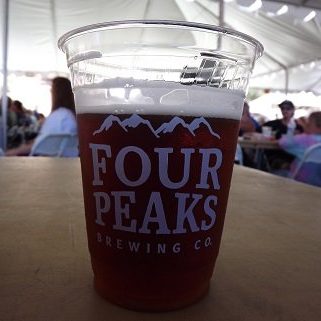 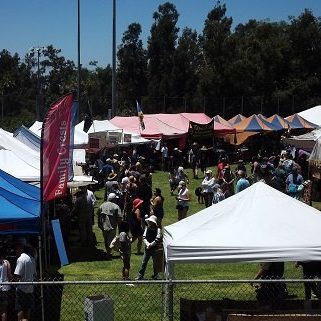 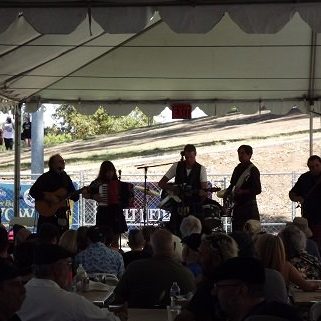 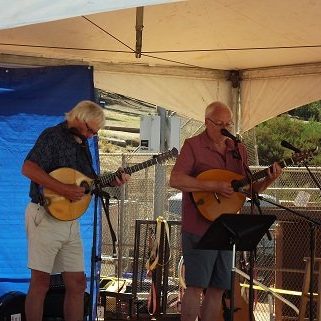 Down in the Athletic Area, the Scottish Athletic Games were already in full swing pre-opening, and I do mean full swing by either Weight Toss, Hammer Throw, Caber Toss, and much more, and you’re bound to hear a few grunts and umphs prior to noon. This is where more than 100 athletes will compete in feats of strength, endurance, balance, and mind. The competitions included the Weight Toss, where the competitors try to toss a handled weight up and over a pole vault bar and the Hammer Throw, which is no longer an actual hammer, but a pole 50-inches long and with a heavy round metal head, which is swung three times around the contestant’s head before letting it loose to see how far they can throw the hammer. Sharing the fields was also the Weight Throw, which is a weight attached to a handle by a chain. The contests will grab the handle and spin their body like a top all while holding onto the weight, eventually letting go and trying to throw it as far as they can; hopefully not towards the crowd of onlookers that have camped out rooting for their favorite Clansperson. The always cheering crowds were yelling on the contestants as the Caber (meaning pole, or roughly trimmed tree trunk) almost makes it end over end at the ever-popular Caber Toss. 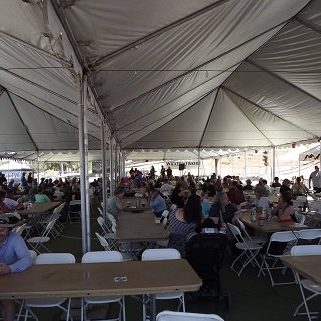 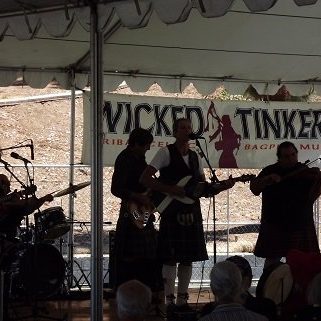 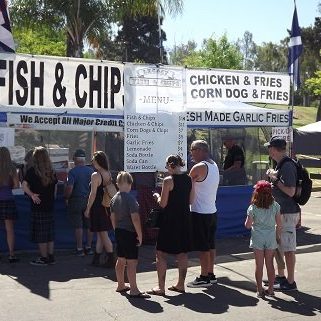 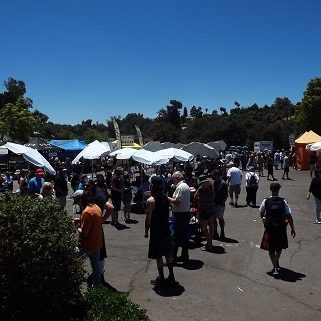 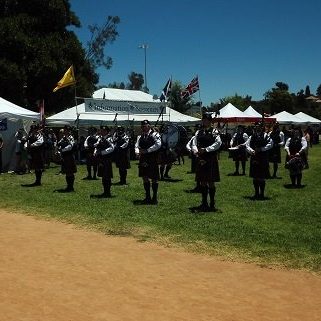 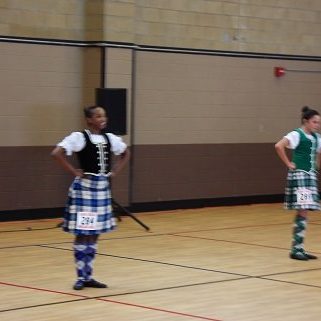 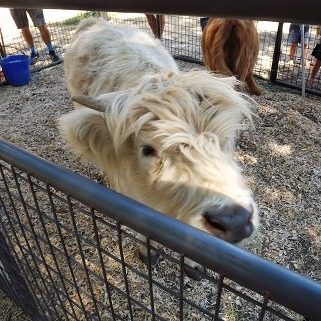 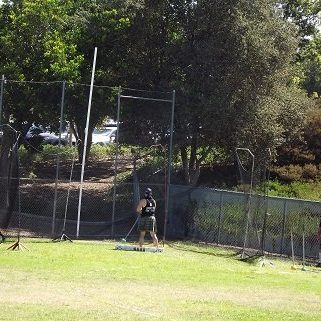 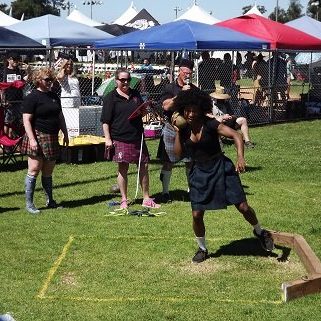 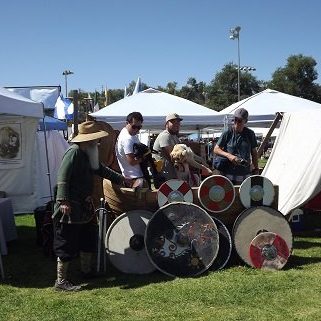 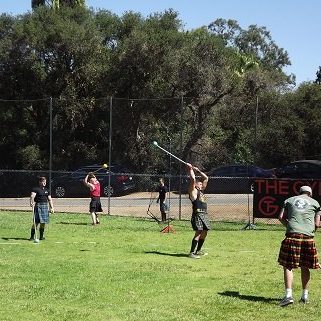 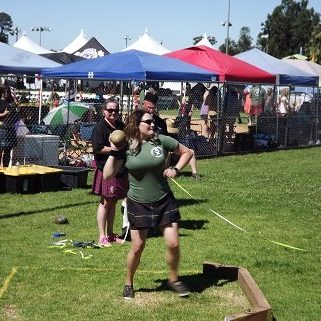 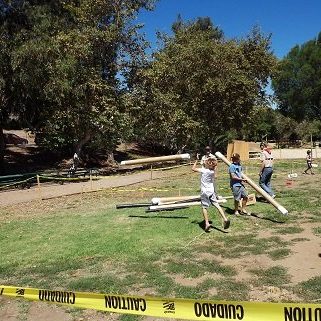 Next to the Athletics are the Clans and their tents representing a piece of Scotland for those that want to stop in and say hi or grab a bite of whatever Scottish delicacy they might be serving. You can sit in the tents under the shade and listen to Blackwaterside or Men of Worth, alternating on the Main Stage both days, and if you’re around at noon you can see the Clan Parade where each house proudly represented their Clan as they marched through the infield. I heard this year the Vikings showed up, but I don’t believe in such myths. Even if you’re not Scottish you can always dress and act the part by purchasing the many outfits, swords, jewelry, and even kilts from the more than 50 vendors that were selling their goods.

Just around the corner, in the gymnasium, you could catch Highland Dance running (or dancing) both days from just after opening to close. There were more than 40 dancers competing at the games with their ages ranging from 4-16 & over, in five different dances.  Most of the dances consisted of very unusual beginnings and some unusual names; the dances, not the competitors, like The Highland Fling which was inspired by the sight of a red deer stag or The Seann Triubhas, which was a dance apparently created as a representation of kicking of the trews (or trousers) in favor of the kilt, which at the time of 1745 was illegal to wear. The Reels were another dance, which as one story goes originated by swinging each other by the arm to keep warm on a snowy, cold winter morning. The Sailor’s Hornpipe which is a dance that mimics different shipboard tasks like climbing the rigging, swabbing the deck, and standing watch is another dance. And then there’s my personal favorite, The Sword Dance or Gillidh Callum, where the dancers are actually dancing over swords crossed on the ground like an ‘X’.

After all the dancing you can make your way up to the beer garden and sit down for a pint and listen to Highland Way or Wicked Tinkers playing throughout the day, and you’re definitely going to hear some grunting, and probably other sounds you’re not accustomed to, like the didgeridoo. You can sit back, relax, and enjoy the music and also Four Peaks Brewing Company serving up their famous Kilt Lifter Scottish Style Ale. Many feasted on food from vendors at the accompanying food court serving up meat pies, sausage rolls, fish and chips, and scotch eggs. The grills and smokers were cooking and sending up tasty flavors into the air for all and the welcoming attendees at the main gate just entering to the blaring sounds of Scotland. If you are over 21 and fancy a different taste of Scotland, then you can always swing into the Educational Seminar & Single Malt Whisky Tasting for the delicious servings of Speyburn 10 years aged, and Clan Fraser Reserve. The Borders Distillery, home of Clan Fraser Reserve Blended Scotch Whisky, is located in Hawick, Scotland, and opened in March 2018, as the first legal distillery in the Scottish Borders area in over 180 years.

You’re bound to eventually make your way down to the ever-popular Sheep Dog Trials to witness the more than 60 sheepdogs run through the course up and down the hillside. Originating in 1870 Wales, this event caters to the old or young, new or experienced, and this goes for both the dog and the handler. With very specific rules in place, the dog has only one shot in their competition to pen the sheep without any harm to or touching the sheep. Even difficulty finding the sheep can result in an immediate disqualification. The Handler stands in one spot yelling out directions and whistling calls. While you are down in the area, many stopped by and visited the miniature Scottish Highland and High Park cattle, presented by the Outlander Highland Cattle Co. in the children’s area.

Not far off in the distance you could hear the bagpipes tuning up, not all just for practice. They were actually being graded on their bagpipe tuning. Even the smallest falter will affect their grade. The more than 71 solo pipe and drum competitors, and 11 bands all were getting ready, practicing their notes and their marching. The distance drumming and rat-a-tat-tatting away of both professionals and beginners could be heard as both competitions were going off, as well as free drumming workshops for all ages.

There were so many things to see during the Scottish Highland Games in Brengle Terrace Park, I found myself traversing back and forth multiple times each year I attend hoping not to miss a thing. If you didn’t happen to make it out this year, then I definitely encourage you to attend next year when they come back during the fourth weekend of June. The Highland Games are just the tip of the sgian-dubh (a small single edged Scottish knife). Earlier in the week there was a School of Piping and Drumming free concert, and Scottish Pub Trivia. You can find more information at www.SDhighlandgames.org, where you can learn how to help out and be a volunteer, promote your business as a sponsor, or even go as far as joining in events year-round by becoming a member.

NEXT ARTICLE →
Soroptimists Installs New Board 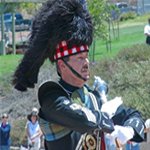