TR Robertson–It’s Big, it’s Bold, the dancing is Outstanding and the singing is Wonderful. It is the Welk Theatre’s presentation of the multi-award winning musical “A Chorus Line”. The musical won nine Tony Awards, including Best Musical, and a Pulitzer Prize for Drama. The music was originally designed by Marvin Hamlisch, lyrics by Edward Kleban and book by James Kirkwood Jr. and Nicholas Dante.

The large 26 person cast did not miss a beat in this high energy, exuberant musical. If your taste is for tremendous dance styles in your musicals, this is the show for you. The premise of the story is we are watching an audition for a musical as the director, Zach, and his assistant choreographer, Larry, put the “wantabe” Broadway performers through a range of routines to try and decide the top 4 men and 4 women needed for the upcoming beginning of a musical show. The show begins with 24 dancers on stage warming up and they quickly run through a series of routines by the driven director, Zach. They will dance to “I Hope I Get It”, with many expressing their inner most desire to be successful. This group is narrowed down to 17 dancers who are then put through a series of very personal questions by the director, some leading many of the performers to go down memory lane on what led them to take up dancing, family relationships – good and bad, personal relationships and some heart wrenching memories for several of the dancers. The youngest of the performers, Mike, begins the question and answer session to “I Can Do That”. There are a number of funny, emotional moments from many in the tryout group, filled with great songs and dance routines. 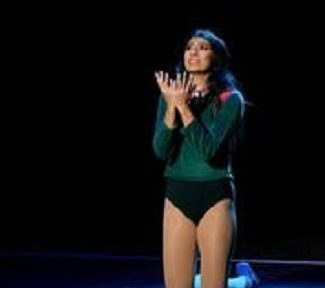 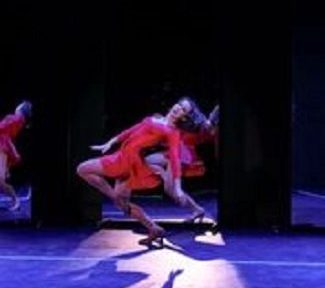 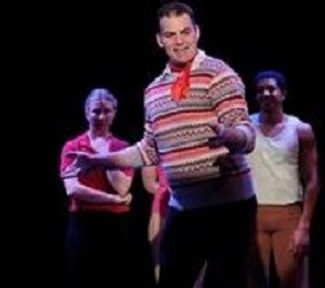 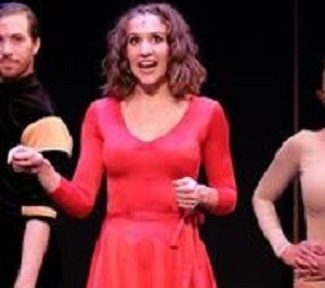 The Second Act begins with the director meeting with one of the dancers, Cassie, who he once had a personal relationship. Cassie was once an up and coming Broadway star who stepped away to try and break into acting in Hollywood. Zach questions her reason for wanting to return and be in the chorus and one of the standout performances on stage will be Cassie singing and dancing to “The Music and the Mirror”. Also in the act, Zach has a very emotional discussion with Paul, a Puerto Rican from New York who hides who he is behind being an Italian American and a young man who has had a very challenging childhood, complete with performing at the Jewel Box, a drag bar, and hiding his homosexuality from his parents. Act 2 also features very unique dance routines – “One” filled with a dance with hats, a tap dance routine for all in the group and one of the most memorable songs from the musical, “What I Did for Love”. The final cut is made to the top 8, but the final dance features all in the cast in stylish and brilliant gold outfits and a classic “Rockettes” kick routine to end the show.

“A Chorus Line” opened in 1975 on Broadway at the Shubert Theatre and would run for 6,137 performances, setting a record held until 1997 when “Cats” broke the record. “A Chorus Line” is now the 7th longest running Broadway show ever on stage. The nine Tony Awards would also be followed by 7 Drama Desk Awards. A Theatre World Award and a Pulitzer Prize for Drama. It also won a Gold Record Award in 1978 from Columbia Records.

All of the performers at the Welk were a wonderful addition to this musical, many of them making their Welk debut. Standout performances include Mikayla Agrella as Cassie, the dancer trying to make a comeback on Broadway, who sings and dances in a memorable routine at the beginning of Act 2.  Natalie Nucci, a returning Welk performer, plays Sheila, a veteran of many Broadway performances who is in the final years of a dance career and wonders how many years she has left. Natalie presents Sheila with a funny, biting attitude, but she shows her hidden emotions and fears toward the end of the play. Holly Echsner plays the buxomous Val, a dancer that decided her curvy body was a way to success on the Broadway stage. Valerie has a great routine to “Dance: Ten; Looks: Three” at the end of Act 1. Antony Michael Vacio presents an emotional performance as Paul, the dancer struggling to establish who he really is. Danielle Airey as Kristine and Cody Walker as Al have a funny routine to “Sing”, as the only married couple in the group with Al trying to help the nervous Kristine with her lack of singing ability. Donny Gersonde as Bobby is hilarious as the tallest member of the group and a gay man who has also struggled with his relationship with his family but his booming personality would not let anything get him down. Lauren Louis, as Diana, has a beautiful voice and is featured in “Nothing” and “What I Did for Love”. Jeffrey Ricca, as the director Zach, has performed around the world and regionally and is perfect as the hard-nosed, driven perfectionist who we see on stage at times and as an omniscient voice behind us running the audition.

Every member of this cast could be mentioned. They all present their characters showing their anxiety, their flaws, their passion, their drive and above all amazing singing and dancing talent. The list includes Drew Bradford as Mark, Devon Hunt as Richie, Fisher Kaake as Larry, Katie Marshall as Bebe, Sarah Morgan as Judy, Amanda Neiman as Connie, Emma Nossal as Maggie, Jeffrey Scott Parsons as Mike, Trevor Rex as Greg, Aaron Morgan Shaw as Don, Nick Aiello as Butch, Leonel Ayala as Roy, Mason Ballard as Tom, Valerie Walker as Tricia, Nikka Frank as Lois, Hayden Luedde as Frank, and Paityn Manor as Vicki.

The musical is directed by Hector Guerrero who has worked as a director, choreographer, performer and teacher in film, television, theatre and opera. The Musical Director is Randi Ellen Rudolph Jethwa, Stage Manager and Lighting Designer Jennifer Edwards and Set Designer Rory Brown. Sound Operator is Jordan Gray and Sound Designer Patrick Hoyny who along with Musical Director Randi Jethwa coordinate and make sure the cast and music are matched and coordinated to come off without a hitch.

This is a high energy musical with great performances that is well worth seeing again for those who have already seen the musical and certainly worth seeing for the first time if you have never seen “A Chorus Line”. The musical will be on stage at the Welk Resort Theatre until March 22, performing at 1 pm and 7 pm each Saturday and Sunday. Tickets are available by calling 1-888-802-7469 or go to www.SanDiegoTickets.welkresorts.com. Email wrsd.theatre@welkgroup.com for any questions.

Next up for Welk Theatre will be “Nunsense” beginning on April 3. The Welk Theatre also has a full Variety Show line-up each Wednesday January thru December. Contact the Welk for a full listing of performers.

NEXT ARTICLE →
Up Next at NVA: Murder for Two and Much More! 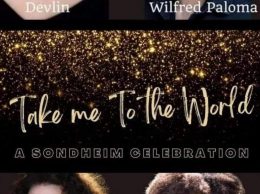 “Welcome to the World” show at Vista’s Broadway Theatre 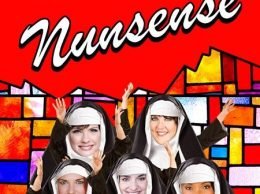