Warning: A non-numeric value encountered in /home/customer/www/thevistapress.com/public_html/wp-content/themes/dailypress/include/breadcrumbs.php on line 54
Calendar >  Béla Fleck and Abigail Washburn At California Center for the Arts

Béla Fleck and Abigail Washburn At California Center for the Arts 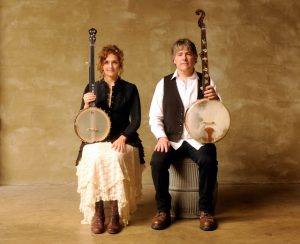 On Wednesday, March 15, 2017 in Escondido at California Center for the Arts presents  Béla Fleck and Abigail Washburn

Escondido, CA — California Center for the Arts, Escondido is proud to present GRAMMY®-Award-winning husband and wife duo Béla Fleck and Abigail Washburn on Wednesday, March 15, 2017 in the Concert Hall at 7:30 pm. The celebrated banjo players will together take the stage to perform music from their self-titled debut album, which won a 2016 GRAMMY® in the “Best Folk Album” category. The acclaimed musicians demonstrate seemingly unlimited rhythmic, tonal and melodic capabilities showcasing the banjo’s versatility for a one-of-a-kind pairing, with infinite possibilities. Check out the duo’s inimitable version of Europe’s song “The Final Countdown.”

Abigail Washburn’s earthy sophistication of a post modern, old-time singer-songwriter persona coupled with Béla Fleck’s virtuosic, jazz-to-classical-to-bluegrass ingenuity of an iconic instrumentalist/composer prove that their musical concept is not bound by limitations. In addition to being a 15-time GRAMMY® Award winner, Béla Fleck has collaborated with Dave Matthews Band, Sting, and the legendary Grateful Dead. He also wrote a concerto for the Nashville Symphony and has been exploring the banjo’s African roots to jazz duos with Chick Corea.

Abigail Washburn has her own professional accolades to note, including her highly critically acclaimed solo albums and contributions to singular side groups Uncle Earl and The Wu-Force. She has also worked extensively on folk musical diplomacy in China and has a TED Talk centered on how the banjo has aided in building US-China relations. Washburn’s TED Talk has received nearly 1 million views, and can be viewed at this link.

Regarding the song “New South Africa” from their latest album Béla Fleck & Abigail Washburn, Fleck comments, “I wrote this tune on the eve of our departure for South Africa, with the Flecktones, in 1995. It was a time of great excitement, as Nelson Mandela had become the first democratically elected president just a year before. ‘The New South Africa’ was a phrase I heard constantly on my trip, and I appropriated it for this tune. When Abigail and I started touring together, I realized that it might work as a double banjo tune for us, and shed a different light on the piece. Abigail plays one of her rare solos on this.”

“New South Africa” can be viewed via YouTube at this link.
Experience Béla Fleck and Abigail Washburn’s pickin’ partnership that’s unlike any other on this plant

The Center’s unique campus includes a 1,523-seat concert hall, a 404-seat theater, a contemporary art museum, art and dance studios, and a full-service conference center with meeting and banquet facilities. The Center also runs an extensive education program and produces free community events. San Diego Magazine named the Center the “Best Limited Engagement” in North County. The Center was named in the Top Five for U-T San Diego’s Readers Poll for “Best Live Music Venue” and the Top Five for “Best Place to Get Married.” In 2016, the Center was named “Organization of the Year” by the Escondido Chamber of Commerce.

The Center is located at 340 N. Escondido Blvd. in Escondido. The Ticket Office can be reached at (800) 988-4253. Tickets can also be purchased online. To learn more, including performance dates, times and ticket information, visit artcenter.org.

California For The Arts

California Center for the Arts Presents a Powerful Performance of Once 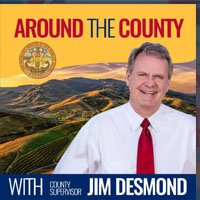