Touches on Past, Present and Future

TR Robertson — Irish writer James Joyce’s 1922 classic novel Ulysses has been the inspiration for many different things, both in literature and in society. One inspiration began in 1954 when two friends, John Ryan and Brian O’Nolan, organized a daylong pilgrimage to various places in Dublin, Ireland, that were stopping points for Leopold Bloom, the protagonist in Ulysses. Bloom wanders the city, visiting numerous sites, all the while contemplating a cheating wife and many other things. Thus was born the annual celebration known as “Bloomsday” is held each June 16th. American playwright and director Steven Dietz uses this yearly event as the setting for a trip down memory lane in his play “Bloomdsday”, where past, present and future intersect for two individuals who lead us all to ask, “If our older self could meet with our younger self, what would we do to change the outcome of past events, especially if it involves matters of love?” This is the San Diego premiere and third play of the 38th season for North Coast Repertory in Solana Beach. 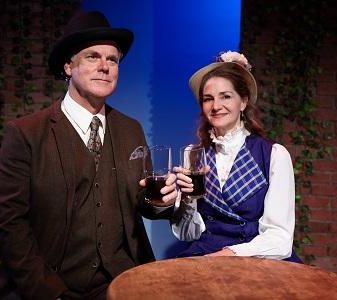 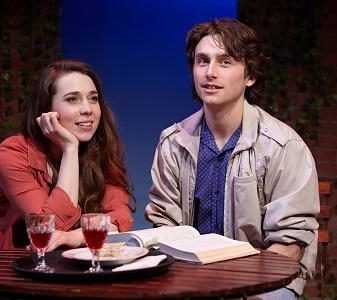 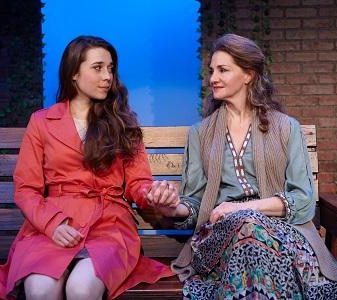 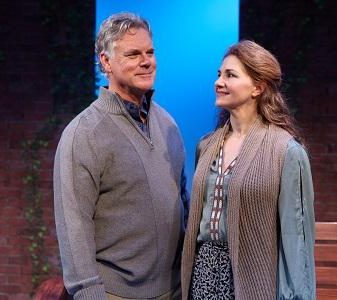 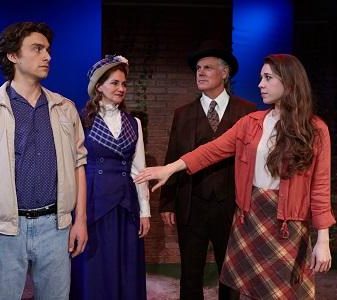 Joyce’s themes revolved around time, timing, memory, love, and love lost. Dietz, in his play “Bloomsday”, takes us on a similar trip as in “Ulysses, introducing us to Robert, an older American, who has returned to Dublin to meet up with Cait, an older Irish woman who he had met some thirty-five years earlier, known then as Caithleen, a beautiful 20 something tour guide, taking guests on the Bloomsday tour. In a very clever and well-constructed play, Dietz has the older Robert step back in time and have a series of interactions with his younger self, 20 year old Robbie, and the young Irish girl, Caithleen, whom he would fall for as soon as he met her. The unfortunate thing is young Robbie would make a series of mistakes and his one day romance would end in losing the girl of his dreams. Robbie had just experienced one failed romance, leading him to end up in Dublin, Ireland. Caithleen has had a hard life, with a father who had left the family and a mother who was suffering from mental illness. She is experiencing similar issues and worries that her failed romances are a result of something she can’t control. Caithleen refers to her “slippery mind”. This will play into Caithleen and Robbie’s struggles. Robbie will meet Caithleen by chance as she needed one more person to take the tour she is leading. Older Cait will enter the picture as she also steps in questioning both Robbie and Cait, trying to guide them in making good decisions. The final scene with Robert and Cait will bring an emotional climax to what these two have been searching for some 35 years. Can you bring back the feelings you once had in a relationship? Is it possible to capture the emotions you each felt or will time and past occurrence play a role stopping this from happening? Will old age and time make a difference in establishing a new relationship?

The key to this play is the selection of the four people who form the cast for this play. Playwright Steven Dietz was in the audience and when told that his play was most enjoyable he responded, “Thank the actors and actresses on stage, it’s all because of them”. NC Rep and Director Andrew Barnicle could not have made a more perfect selection for the cast. Playing the older Robert is veteran actor Martin Kildare, new to NC Rep. Kildare plays the somewhat cantankerous, outspoken Robert with ease. Jacquelyn Ritz, a veteran of several NC Rep plays and other regional theatres, brings the sassy and quick witted older Cait to life with a beautiful Irish accent. Cait tries to advise Robbie and Caithleen while maneuvering around the obstacles of what she has been dealing with all her life. The younger Robbie is played by another newcomer to NC Rep, Hunter Saling. He is perfect as the young American who has no clue about James Joyce, only knowing he has fallen for a beautiful Irish lass. Saling has great facial expressions as he maneuvers the ins and outs of trying to figure out how to get this Irish girl to like him. Playing the younger Caithleen is Rachel Weck, another newcomer to NC Rep. Rachel presents the exuberant, outgoing, and emotional young Irish girl with believability and energy as well as a wonderful Irish accent.

Steven Dietz has written over thirty plays and is one of the most produced playwrights in the United States. He has received numerous awards and accolades including the PEN U.S.A. award in Drama, the Kennedy Center Fund for New American Plays Award, the Lila Wallace/Reader’s Digest Award, the Edgar Allan Poe Award for Best Mystery, a Steinberg Award finalist and received a Pulitzer Prize nomination for his play “Last of the Boys”. Dietz is also a professor at the University of Texas in Austin.

This short beautifully acted two act play, will have you thinking back to your own past and a lot of “what ifs”. It may also have you thinking about relationships that didn’t work out and how that might have been the best thing for you at the time. “Bloomsday” will run at North Coast Repertory until February 2nd. Tickets are available at 858-481-1055 or go to www.northcoastrep.org. Next up for NC Rep will be the West Coast Premiere of “The Outsider” beginning on February 19th.

NEXT ARTICLE →
2020 Champion for the Arts Announcement 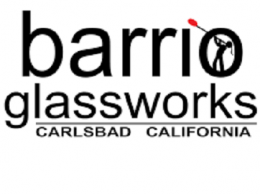